After a couple of days of hardcore sightseeing we were in dire need of some relaxing. We decided to spend the day by the pool at the Fairmont while the kids were at school. Sun and swimming, aahhh! 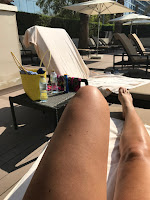 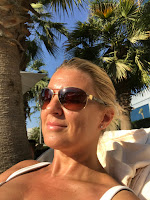 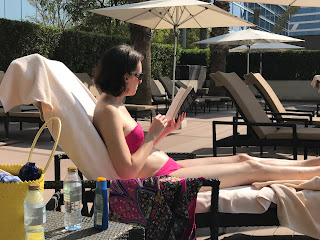 In the evening, while the kids were at their rugby training at the ZSC, Erika and I peaked in at the football game at the stadium between Sweden and Ivory Coast. We arrived when it was 30 minutes to go in the second half. 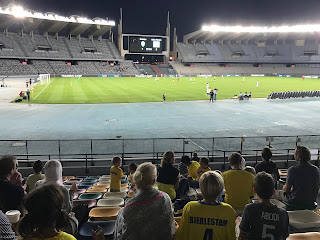 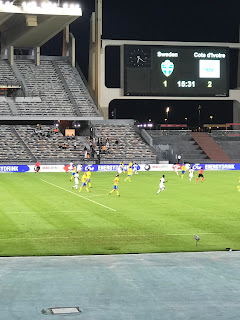 Just like last time, two years ago, Sweden had a small but loud cheering squad all decked out in blue and yellow. Unfortunately this time it wasn't enough, Sweden lost 1-2. Shame. 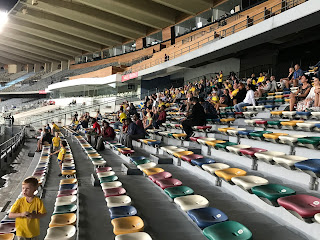 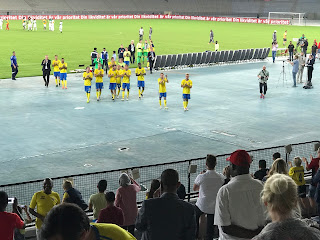