Yesterday we spent the whole day in Dubai for the yearly HSBC Rugby Festival, one of the biggest junior rugby tournaments there is, with over 4,000 players. It was our third HSBC tournament.
Last year we had to go up both Friday and Saturday as the kids were playing on different days. A long weekend of early starts and a lot of rugby, but at least we got to see them both play.

This year they were both scheduled for the same day, which meant less traveling to and from Dubai, but also that we couldn't watch them both. Nathan spend most of the day at Lucas' pitch, and I mostly watched Linnea.
Linnea played in the B-team this year, out of the two teams the U12 Girls put into the tournament. The A-team went undefeated and won the cup, Linnea's team didn't win a single match... The team play did improve throughout the day, but they seemed to be lacking in technique. As many of these girls are new from this season, they are still not quite there when it comes to speed and foreseeing the game play. 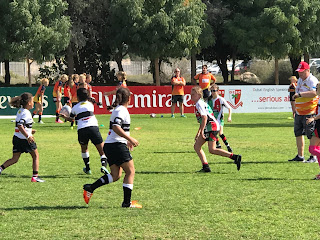 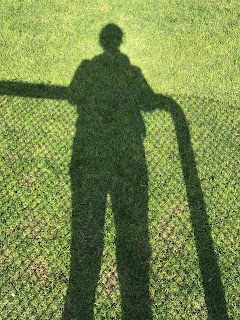 It wasn't as good a day as this usually is for Linnea all together. Not only because of the losses (last year her team was in the final!), but also her team didn't quite seem to gel as well as they've done previous years. Usually the girls have lots of fun on the sideline, while waiting for their turn to play, but she mostly stuck with me. No wonder she seems to have lost a bit of her interest for rugby lately, it seems like the comradery is not quite there anymore. 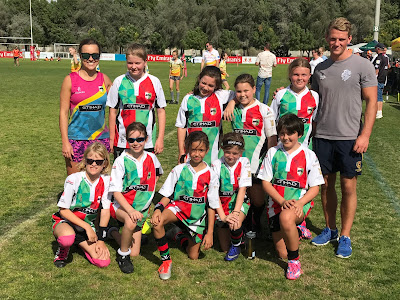 Lucas and the boys on his team on the other hand are thick as thieves. They did great in their year group and came away with the plate (2nd place). I managed to see only a few games, but I saw Lucas get a few good runs in. All in all, the team played really well, but above all, they seem to have so much fun together. 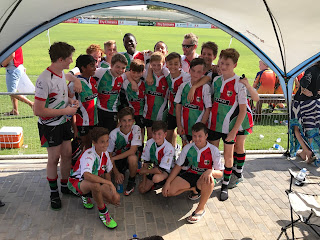 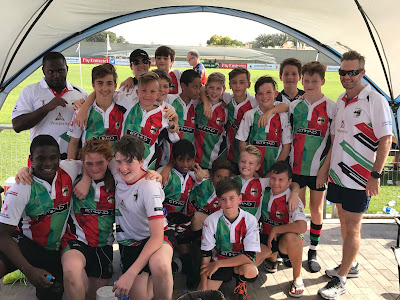