On Friday we went for an excursion, the kids, Erika and I. (Nathan unfortunately was at home in bed, after having been up all night with food poisoning... poor baby.) I had decided it was time to start exploring another rather important part of Abu Dhabi - Al Ain. I can't believe it's taken us nearly three years to get out there!

Our first stop was the Al Ain Zoo which I have been super excited to explore for a long time already. 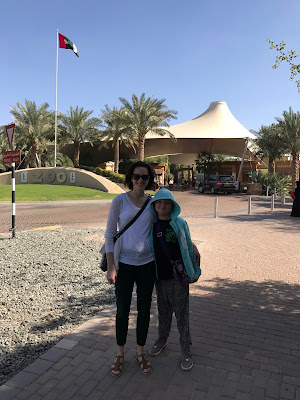 The Al Ain Zoo is home to over 4,000 animals, with at least 30% of its 180 species considered endangered. The Al Ain Zoo puts a lot of effort into education and research and has partnered up with amongst others the San Diego Zoo, the Fairchild Tropical Botanical Garden in Miami, the Edinburgh Zoo and the World Association of Zoos & Aquarium; to develop conservation programs highly focused on captive management, breeding and reintroduction of endangered species.

The Arabian oryx is one of the animals that was near extinct in the 1970s due to illegal hunting. Thanks to a successful reintroduction program the wild population have now increased to thousands of animals. 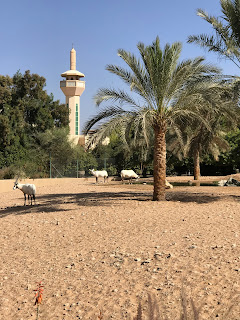 The beautiful Arabian Gazelle is a part of the Arabian Mix Exhibit. Many baby animals could be seen here, as they are successfully bred in this natural habitat. 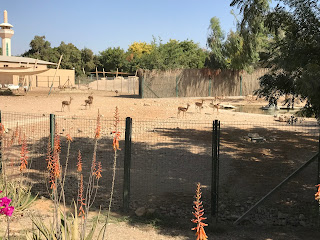 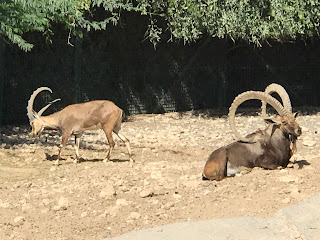 There was a little safari-train doing rounds in the park. We didn't quite get until we left that it was included in our ticket though, so we spent the whole day walking, and walking... and walking. The Zoo covers about 400 hectare, so it's huge. We got some good exercise! 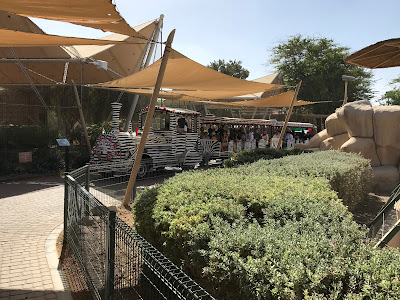 I was happy to see so many exciting animals, and also that they had big enclosures and was actually moving around, not just lying about sleeping, like in many other zoos. Here the African wild dogs, who were busy playing around with each other in and around the water: 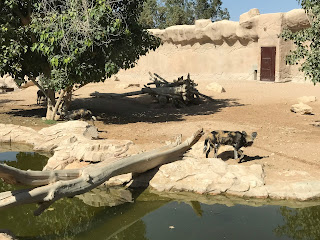 The zoo has a two white tigers, Sugar and Spice. The white tigers are contrary to common belief not albinos, but their white coat is caused by a recessive gene. They are extinct in the wild, white tigers only exist in zoos and animal collections. 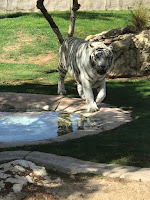 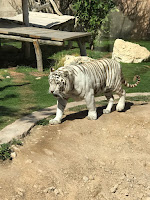 The Al Ain Zoo has been open ever since 1968. It was founded by the late Sheikh Zayed, who was the first Emirati conservationist. During his reign he made many steps to stop the impact humans were having on the UAE environment, the founding of Al Ain Zoo was one part of these efforts.

This is the big cat oasis. The collection of big cats here is one of the biggest in the world. Apart from the white tigers it includes f.e lions, cheetahs, pumas, leopards and tigers. 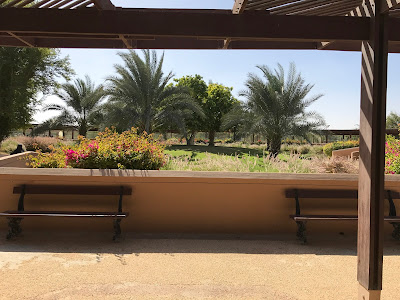 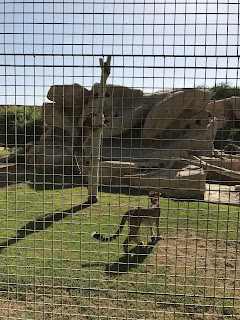 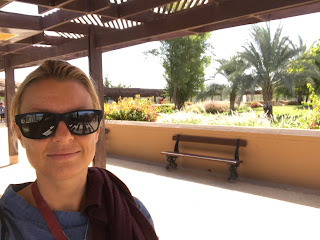 Other animals we saw were Arabian sand cats, giraffes, flamingos, springboks, Barbary sheep, meerkats, lizards, monkeys, crocodiles, hyenas and many, many more. Too many to list here, and way too many photos too... 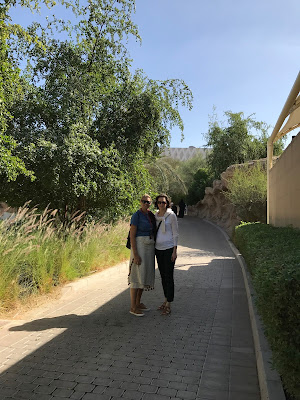 The massive rhinos in the large African habitat, with the impressive Jebel Hafeet backdrop: 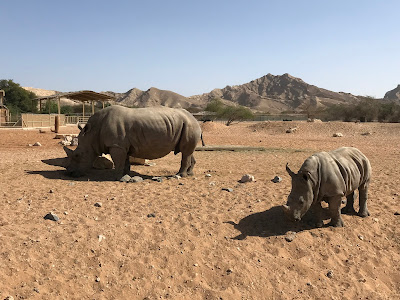 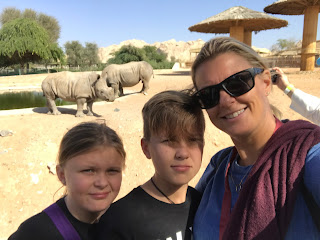 There was also a Reptile House, and a huge bird cage. This is inside the Aviary: 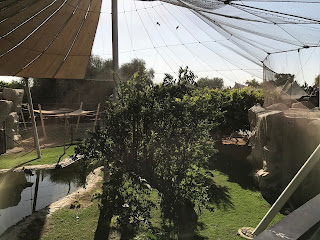 Erika and I took a "storkie" with the Marabou stork! He (?) looked very handsome! 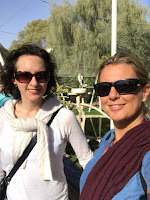 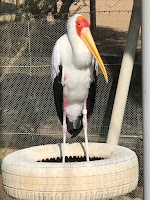 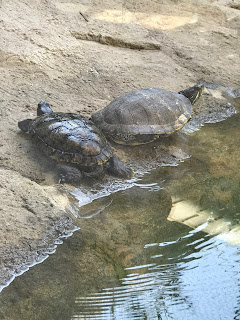 The hippos were not too keen coming out of the cool water to say hello. They only emerged their nostrils and sprayed water on us every now and then! 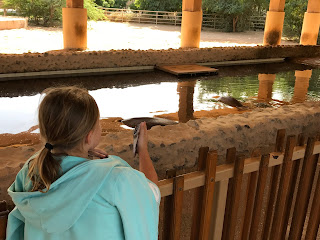 Linnea of course, couldn't leave without a souvenir. She has an insatiable soft spot for soft toys, so she bought herself a white tiger that she called Snowy. 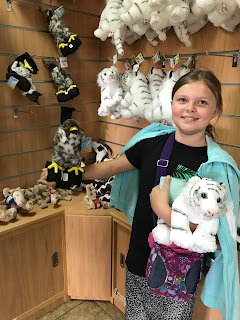 A good tip is to come in the morning, as when we left the park in the afternoon, it really started to fill up and there was a long queue at the entrance.
As Al Ain is less than 1 1/2h from Abu Dhabi, I'm sure we will return here again soon. There was just so much to see, and we felt we didn't quite cover it all. We'll be back!
Posted by MrsW at 00:14