Sliding into the Midterm Holidays

We made it! The whole term so far - IN school! This is something you actually don't take for granted anymore, so great stuff! But now, we have all deserved a week to chill out, with many, many sleep-ins. It has actually been quite a start to the year, it feels like we accelerated straight to fifth gear after pottering around in first and second gear for a year and a half. So a bit of a break now is welcomed.

Another flown by week, which has seen me go to WORK - yes, twice even!! I have also organised an Americano tournament, submit the first Uni exam for the Costume- and Interiorhistory course, been to Game Night and played around with pottery. Nathan has mostly been on stand by for work all week, and the kids have been to school.
Lucas is off to a friends birthday celebrations tonight, where they are going to play Paintball and eat sushi. Linnea is busy planning her own birthday celebrations for next week..!

Finally, I have taken a few photos of some of our food this week, starting with this weeks favourite, pecan crusted cod with green veggies: 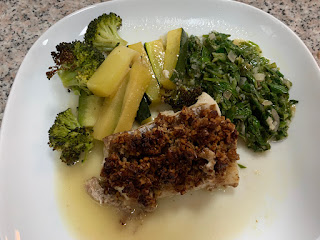 Next up garlic prawns, rice and veggies: 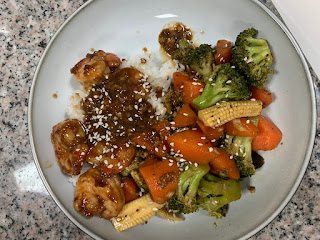 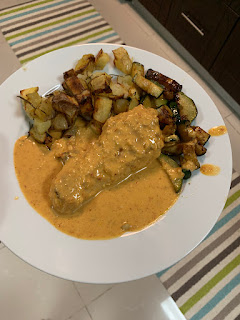 This was yakitori beef and cous cous salad: 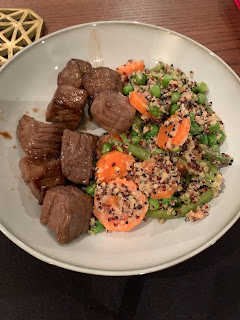 We have also had pasta bolognese and beef spare ribs with corn, and TGIT pizza delivery tonight - but no photos of those!
Posted by MrsW at 20:30