I am now officially a C25K-graduate! (=Couch to 5k) On Sunday night I finally ran the 5k, yay for me! 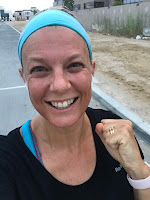 Yes, I've done it before, years ago I even did some 10k races. At that time there wasn't many events in Brunei so I traveled to both Hong Kong and Singapore to race, which was fun, but it was a rather short-lived interest. Running never really was my thing.

I still don't think it is, really. But I have surprisingly enjoyed my runs this time around. I've made it so easy for myself, just running around our neighbourhood. Very time efficient not to have to drive anywhere to work out. I've been listening to podcasts and enjoyed being outside. The first few runs I could do in the mornings, and lately I've been running after sunset.
It took me 5 weeks and 30 training runs to reach the ability to run non-stop for 5 km. I've documented each run with a selfie, here are a few from along the way, some happier than others..! 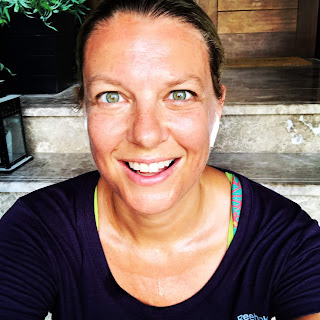 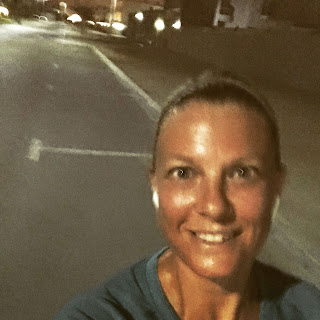 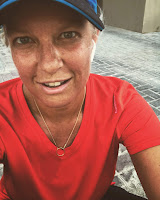 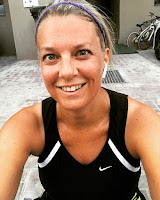 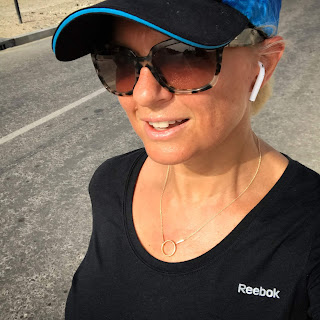 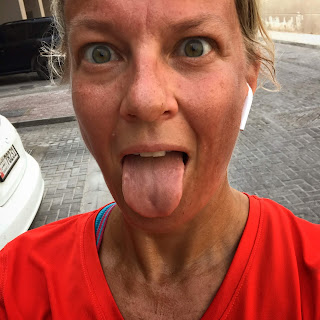 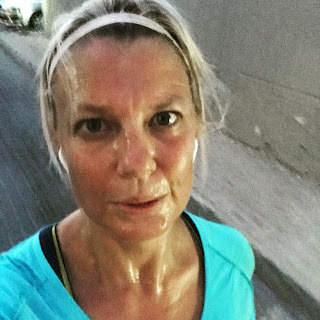 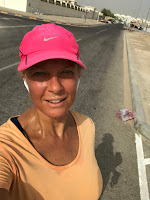 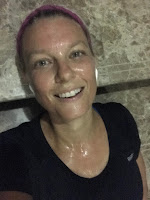 I'm not quite sure where I'll go from here, probably try work on the speed? I'm the slowest runner I know, but at least I don't stop! The issue right now as I'm getting fitter (and maybe even faster?), is that it's also getting hotter. So it all kind of equates each other and I don't seem to get any further in the same amount of time! On Sunday night during my run it was 35 degrees...
I guess my goal for these last weeks until summer holiday is not to loose the fitness, so that I'll be able to run while in Scandinavia too. 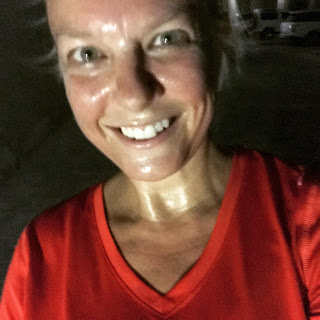