On Saturday it was 'Kanelbullens Dag' (=Cinnamon bun Day) in Sweden. A day nearly as popular as our Nationalday, as it means we can 'fika' (=coffee break with something yummy/sugary to eat) all day long, ha ha!

Well, seriously, I took the kids and drove past IKEA on the way home from a birthday party Linnea had been to (it was on the way!) on Saturday, hoping that they would have some sort of little happening or something. Maybe special price on the cinnamon buns, extra yummy ones; just something in the honour of this special day. But no. Nothing. Just the usual stuff. Boo.

Which means, they only serve these in the restaurant: 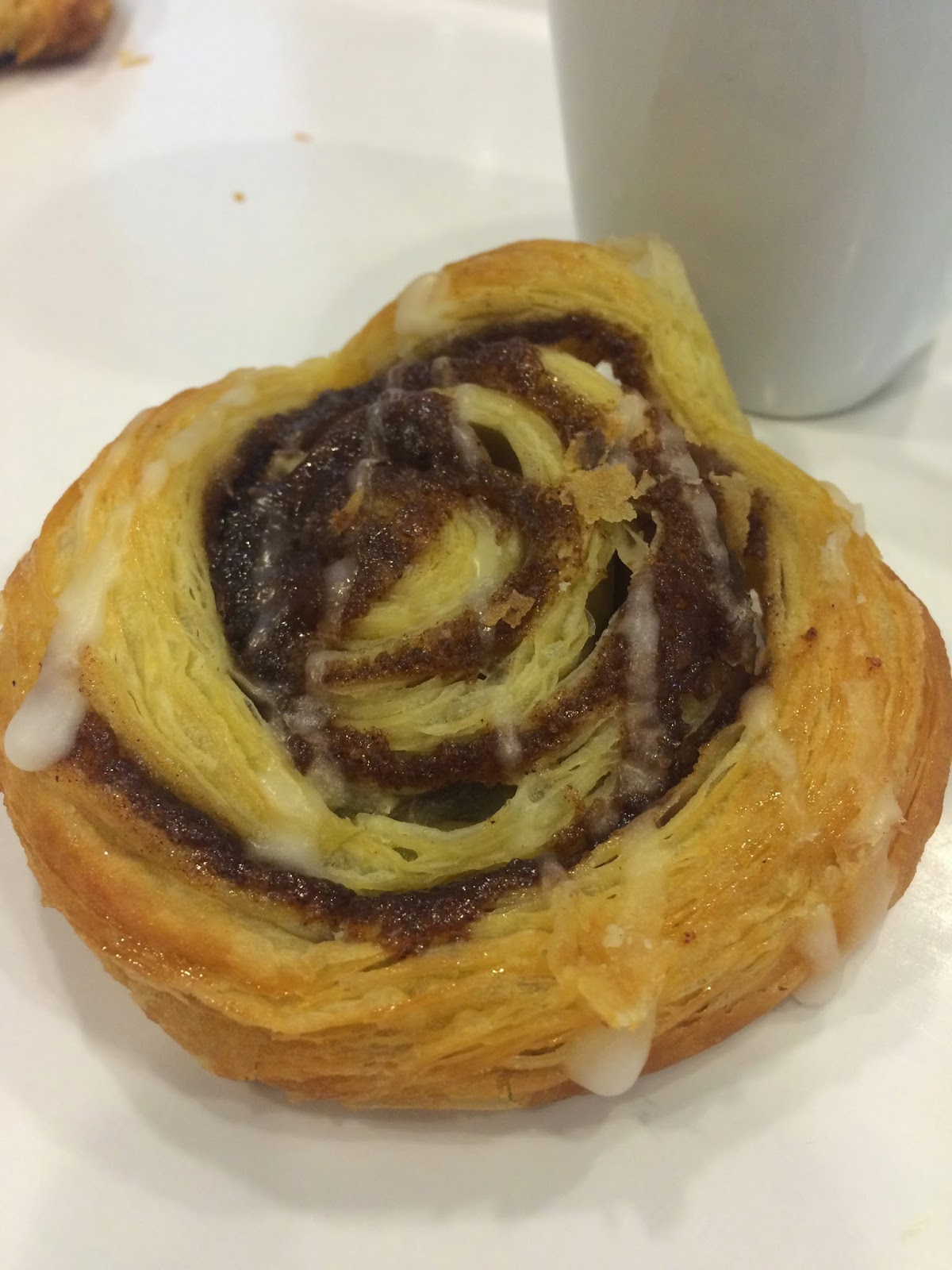 Dear IKEA UAE - these are NOT cinnamon buns! Boo again!
These things have nothing to do with cinnamon buns, apart from maybe the cinnamon spice. These are pastries, made with a completely different dough than cinnamon buns. Not at all the same thing. Boo.

This, is what a real Swedish cinnamon bun looks like:

A Swedish cinnamon bun is much less sticky and sweet than the typical American cinnamon roll. We also usually put cardamom spice in the dough, which adds another dimension of flavour. The buns are also usually topped with pearl sugar as you can see here, rather than frosting or glaze.

It's funny though, because IKEA here sells the "bake-at-home" frozen cinnamon buns, which are the proper ones, in their shop. Why can't they then bake them and sell the real ones in the restaurant?? Boo.

I think I'll just have to go bake some of my own! They are the best anyway!
Posted by MrsW at 13:39