I have almost exclusively only worked at the Louvre Abu Dhabi this season. It has been a conscious choice of mine, to actually say no to many tour requests. This for a couple of different reasons.

At one stage it felt rather unsafe to spend a whole day in a bus together with a bigger group of guests having traveled in from many different countries, or coming straight off a cruise ship. That might not be the case anymore, but I still prefer the smaller groups and shorter interactions of the museum tours.
I also very early in the season had enough of all the changes of restrictions, or more to the point - all the different interpretations of the restrictions. It seemed like there was never really any reliable straight forward instructions on what was needed in terms of PCRs, vaccinations records and so on.
But the main reason for mostly doing the museum tours is of course - that is what I LOVE! That is where my passion lies. Easy as that.

I've done a few exceptions though, for the Swedish and Danish communities here in Abu Dhabi. I've given a few tours of the Sheikh Zayed Grand Mosque, of Wahat al Karama and of Masdar City. This week it was time for another sightseeing highlight - the Qasr Al Hosn.

A group of 16 ladies had signed up for the tour, and it really surprised me that even though they all live here, some already for quite some time, only 4 had previously visited this site! Personally I think, whenever you have visitors - this is where you start your sightseeing, they symbolic birthplace of Abu Dhabi! Then you dazzle them with all the luxury and glitter! 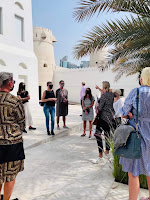 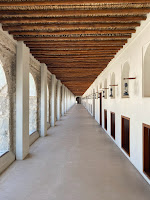 I was a bit apprehensive before this tour, because it had actually been quite a while since I last gave a tour here. I visited the fort myself last week in preparation, and brushed up on all the details. It was nice to share all the exciting stories about the long history of the fort. I love these tours so much, when you get to really open the eyes and minds of people for what's right in front of them! 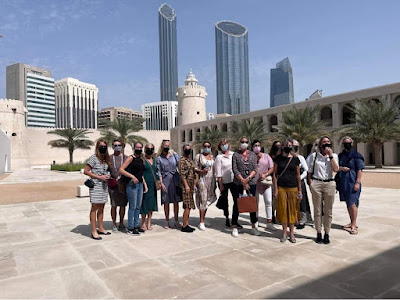 We also visited the House of Artisans, just next door in the same block. It had got a revamp since I was last there, the exhibition had been enlarged and covered more handicrafts; some interactive displays had been added and the overall impression was great. 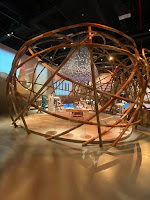 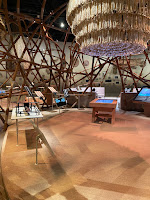 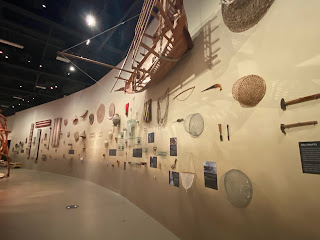 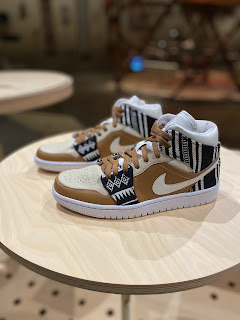 Finally I showed the ladies the photo exhibition outside the fort, which illustrates the timeline of the construction of Qasr Al Hosn and the evolution of Abu Dhabi during the 1900s. It is really fascinating to see! 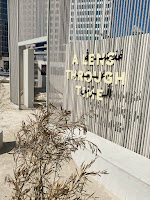 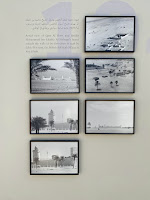 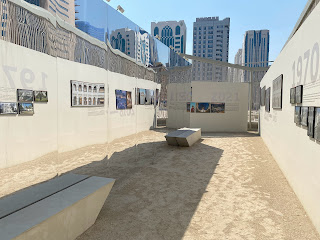 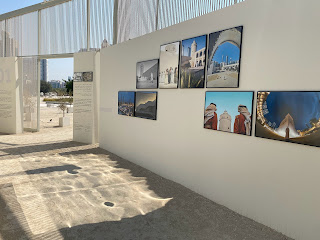