This week another fun attraction opened here in the capital, the largest aquarium in the Middle East - The National Aquarium Abu Dhabi. It is located in this brand new area of the city called Al Qana. 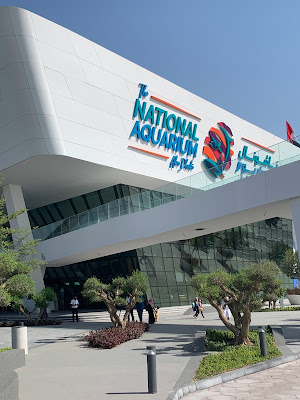 Linnea and I decided to go have a look on their opening day, and we actually had a lovely visit. There wasn't too many people at all, even though it was a Friday.
The aquarium is designed around 10 different zones, ranging from Heritage UAE where you learn about how pearls are formed and meet local animals, through Red Sea Wreck, Atlantic Cave and Ring of Fire to The Sub, Frozen Ocean and Ocean Magic. They also have the Flooded Forest and a special display around Bu Tinah Island. 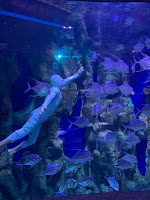 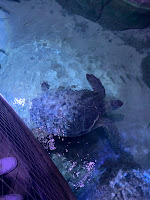 There is an emphasis throughout on learning, and the signage is very high-tech. They are using NFC tags, which means that you just have to wave your phone at every sign, and all the information from each display will automatically show up on your own phone. 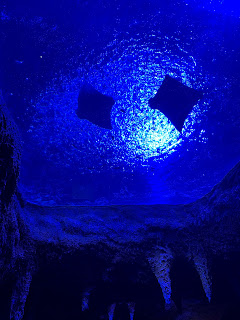 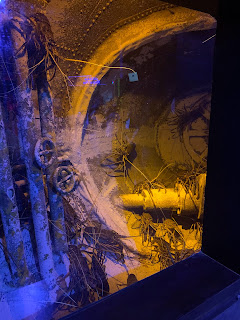 I read in an article that the GM of the National Aquarium is from New Zealand, which might explain the only country specific tank we could see - this "Te Ika a Maui", accompanied with the Haka in the loudspeakers: 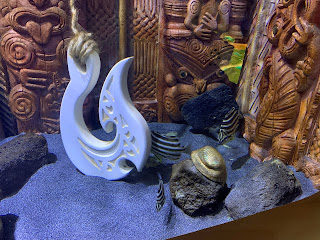 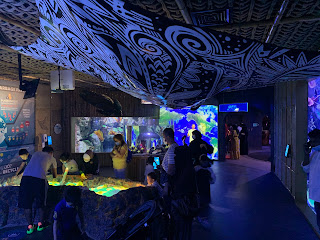 There was a lot of funny fish to admire, like these Pineapple fish: 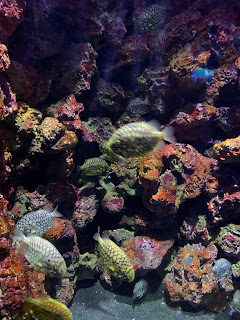 Or these Sea Dragon fish: 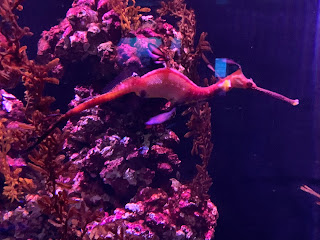 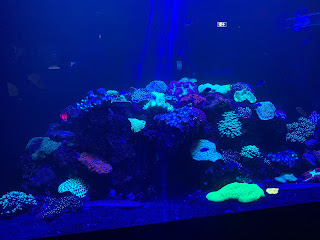 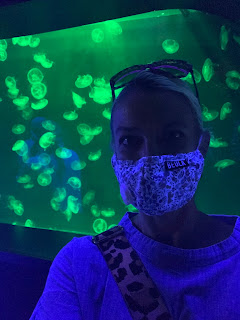 And these fish, which I didn't get the name of, that looked like they were swimming around "standing up"! 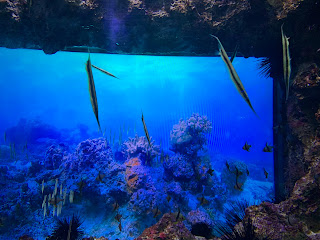 These two fellas, the capybaras, seemed rather stunned to see people in their house, ha ha! They were looking at us with facial expressions that seemded to say: "What ARE you all doing here??", ha ha! 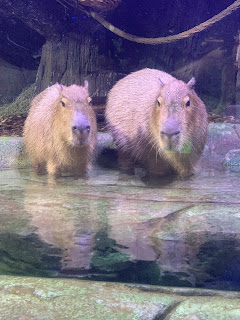 This here is Super Snake. She is a female reticulated python, bred in a captive program and believed to be the largest snake alive - she measures 7 meters, weighs 115 kg, and it takes 12 people to carry her!
Reticulated pythons are one of the few snakes that can prey on humans. 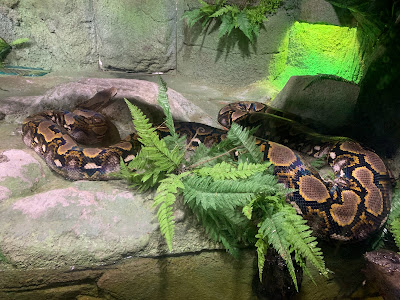 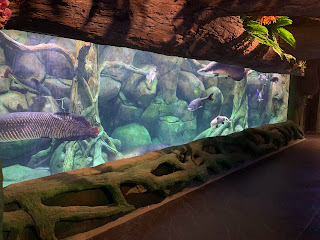 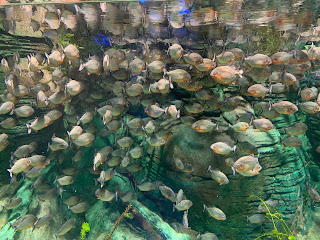 The National Aquarium is home to over 46,000 animals and more than 300 individual species. The animals are looked after by a team of 80 sea-life experts.
They have here the largest ray and shark collection in the Middle East, showcasing over 200 animals representing more than 25 species, such as Bull Sharks, Scalloped Hammerhead Sharks, Lemon Sharks, Sand Tiger Sharks, Eagle Rays, Cownose Rays and many more. 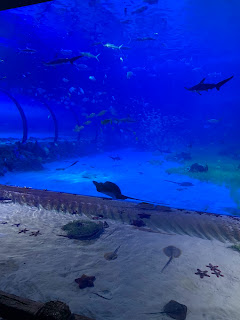 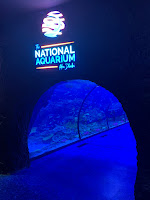 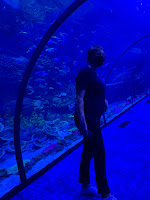 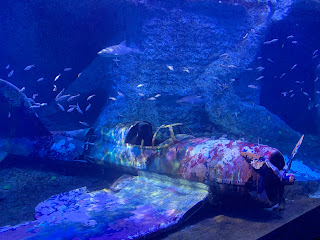 The National Aquarium ambitions to create the largest and one of the most innovative rehabilitation schemes of its kind to help protect the Abu Dhabi wildlife. They have partnered with the Environment Agency, and have already rescued a large number of animals. The aquarium have invested in the medical equipment needed to handle all animals, from dugongs stranded on beaches to whale sharks stuck in the canals and sea turtles needing rescue. Everyone is focused on conservation work. 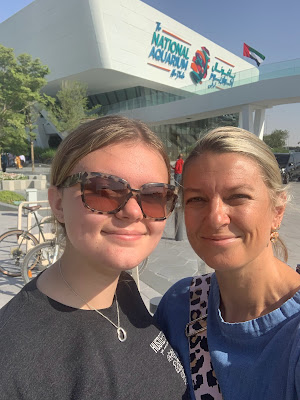