The Louvre Abu Dhabi have recently had first the whole of Wing 3 (about 16th century through to 19th century) closed for big rotations, then most of Wing 4 (19th century to modern art) for the same thing.
It is always exciting when the galleries open up again after a longer closure like this, to see what has gone back to France, and what new loans and new acquisitions that have arrived in its place. It feels like a new museum with these large-scale rotations. It is also a bit nerve-wracking for us as guides, as we don't get any heads-up beforehand. You cross your fingers you have time to check it out properly before your next tour, and hope there will be things you can easily incorporate in your narrative. Sometimes we do get surprises, when certain artworks appear or disappear without notice! I guess it keeps you on your toes!

Here are some of my favourites this time around - get ready for a Louvre Abu Dhabi photo bomb! 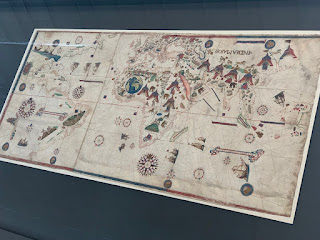 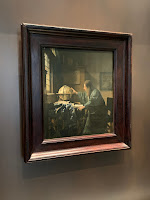 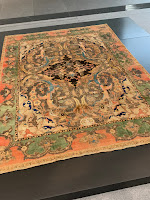 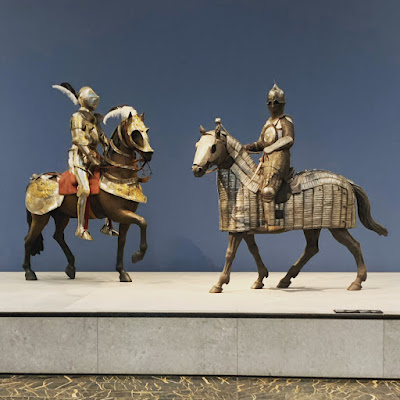 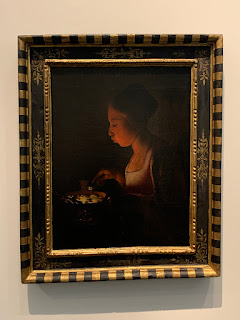 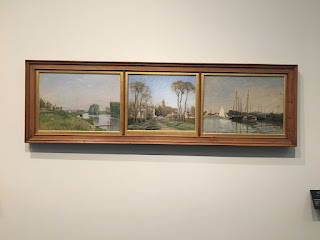 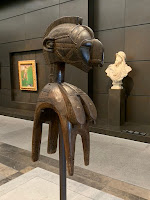 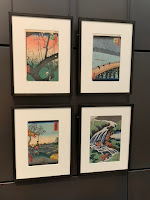 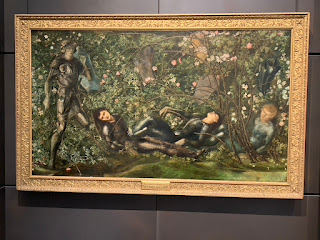 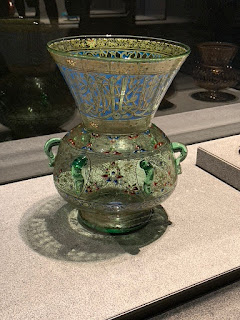 Isn't this absolutely stunning? This is a Throne in 'Viking' or 'Dragon' style from the beginning of the 1900s, by Norwegian wood carver Lars Kinsarvik. He produced this kind of furniture, paying tribute to the Norse medieval period, inspired by Norse mythology. Sooo cool! 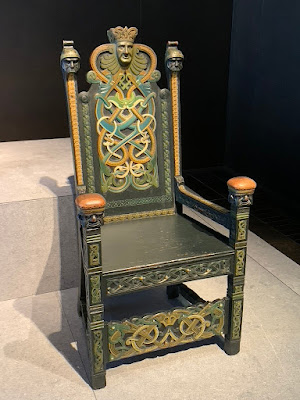 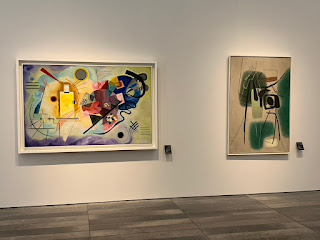