At the same time as I have been really busy this week with work (yay!), I have also been really busy playing padel! We did an Americano tournament Monday morning at the Cricket Club, I played at Active Sports in the city on Tuesday night, and Thursday morning we were invited to try the brand new indoor court at the Golf Club, pre-opening. 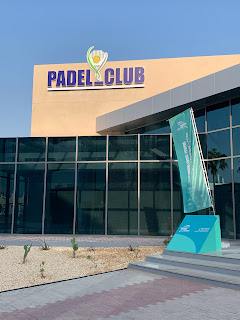 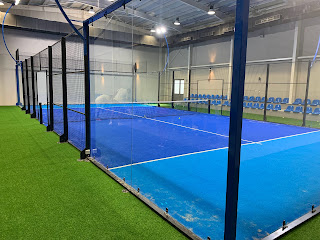 Nice court, but I think we will keep playing on our familiar outside courts... not only because we are creatures of habit, but also because we are very much in the best season now temperature wise! It's super lovely!

Last night I participated in a tournament at the ESS club in the city, having teamed up with my English friend Lauren. It was the first Ladies Challenger Tournament that the club organised for our level of playing, with 9 teams playing. 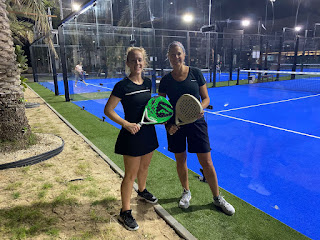 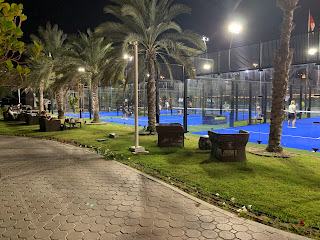 Lauren and I managed to reach the semi-finals, but were beaten 9-5 by our good friends from Argentina, Valeria and Alexia. Not only are they better players, but we already play together weekly so they know our game (and weaknesses), and to be honest - they managed to get into my head real quick, ha ha! I think I mostly lost that game with my mind..!
Anyhow - Valeria and Alexia went ahead to win the whole thing, well deserved! Congratulations! 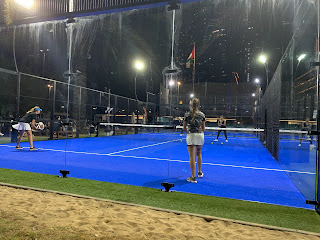 Winning or loosing - we had SO much fun! The games, the ladies, the chats in-between games, the cheering on, the weather... - it was great! We spent all night at the padel club, from 6pm to 10.30pm! 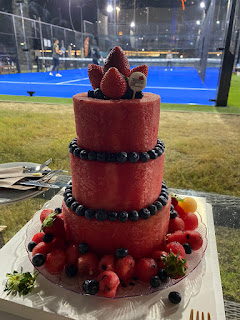 Now I'm all fired up and have finally booked in for some more coaching! Next time I will be able to return ALL those sliced balls, ha ha!
Posted by MrsW at 15:58