Now that Nathan has started flying the A330, the big bus, he gets to fly the A330 cargo planes every now and then too. The other day he was taking some cargo to Shanghai, but it turned out he actually had some Very Important... "Passengers" on board - check out this load sheet! 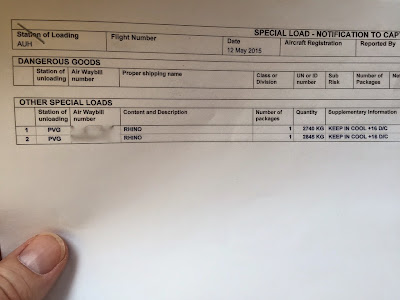 Yup, you read it right, he had RHINOS in the cargo! Ha ha! That's a first!
Apparently they had come from Johannesburg and were going to a Wildlife Sanctuary out in China. These were young rhinos, and as rhinos are endangered due to poaching in Africa, they were getting shipped out to a safe place, where they would eventually be bred.
On the flight they were looked after by their game keeper, so Nathan got to have a long, interesting chat with him. 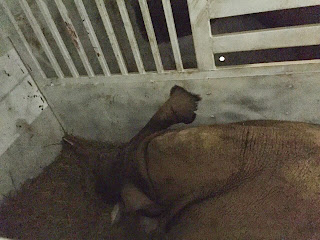 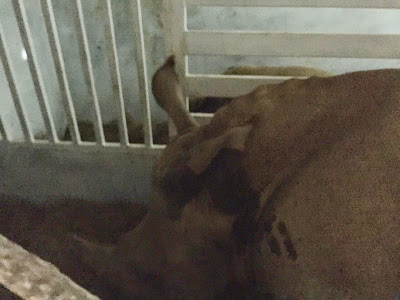