Nathan did two Düsseldorf back-to-back this week. We have a Danish friend who works out of Köln, Pierre, and on the second trip they managed to get together. It's not all that far between the airport hotel the Etihad Crew stay at outside Düsseldorf, and Köln.
Pierre came up on his bike: 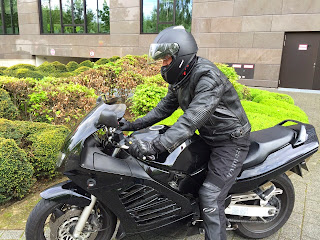 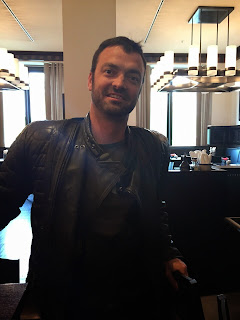 Nathan and Pierre go waaaaaay back. Pierre was Nathan's instructor when he was converting his flying license from NZ to Denmark. Later on after Nathan and I met, we all became parts of the very solid "Skygang", and our big group of friends still catch up of course, every time we are in Denmark. Really nice for the boys to have the opportunity to meet outstation as well, it had been a while. They did some good catching up over some yummy German pork and beer! 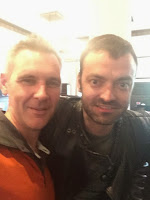 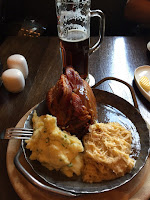