Today the kids and I returned to the Abu Dhabi International Book Fair. We visited this fair for the first time last year, together with Mormor and Morfar, when Sweden was the Guest of Honour. We had a great time then, so I was pretty excited for todays excursion too. 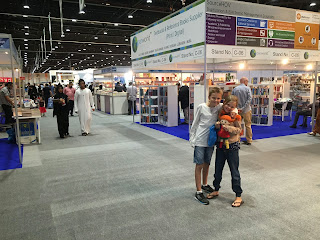 This year Sweden wanted to follow up their success from last year, with a huge celebration of 'Pippi Långstrump' (=Pippi Longstocking) on her 70th anniversary.

The first book about Pippi was released in November 1945. More than 150 000 000 copies of Astrid Lindgren’s books have been sold all over the world, and the majority of these are books about Pippi Longstocking. Upwards of 30 different titles about Pippi have been published, even more if you count the many local varieties and special editions.

We started by visiting the Swedish exhibit, which was obviously focused a lot around Pippi. 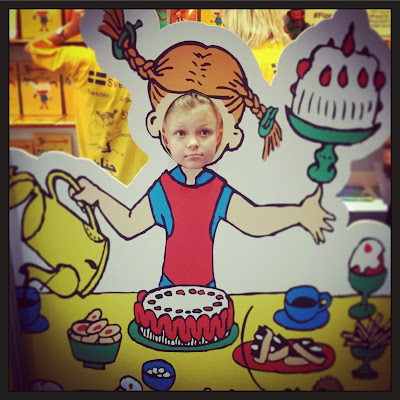 They had organized colouring-in and dress-up activities for the youngest; and there was a huge display of Swedish books, translated into arabic: 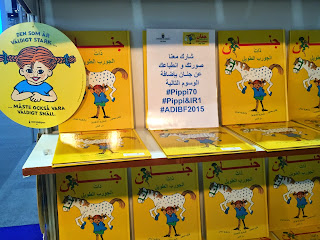 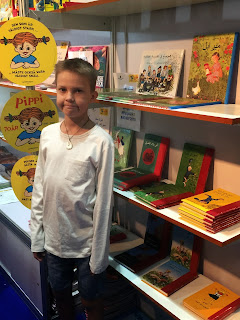 We then continued to the Show Kitchen, where Swedish chef  KC Wallenberg was busy baking a 'Prinsesstårta' (=Princess Cake, traditional layer cake) for the guests at Pippi's party: 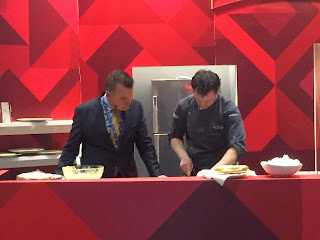 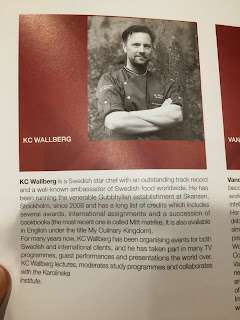 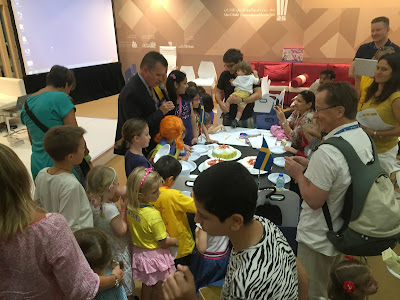 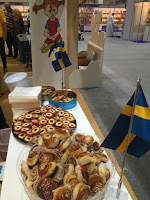 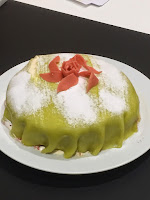 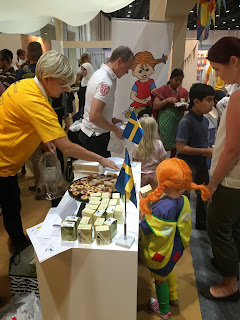 Lucas and Linnea helped singing to and about Pippi as well. They had to read up on the lyrics, as silly Mummy had only taught them the first to verses of the Pippi-song... (Movie to follow) 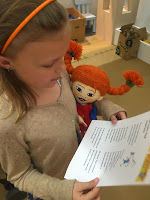 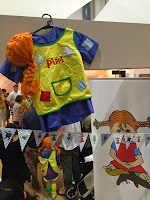 We mingled a bit with the other Swedes and guests before we took a walk around the rest of the fair. Just like last year it was huge, so there was a lot to browse and have a look at. 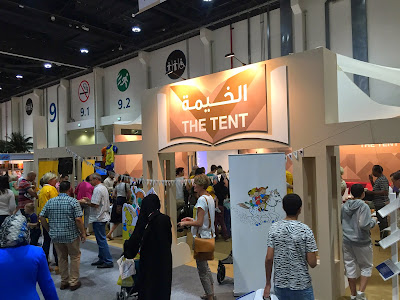