I don't know how I had missed that there has been a circus in town since the end of last month! I only read in the magazine 'Abu Dhabi Week' the other day that the Great Vegas Circus is here, next to the Dalma Mall, until end of February.
So of course we decided to go, not really being sure what to expect, other than that they here are allowed beasts of prey - so I was looking forward to their five white lions! 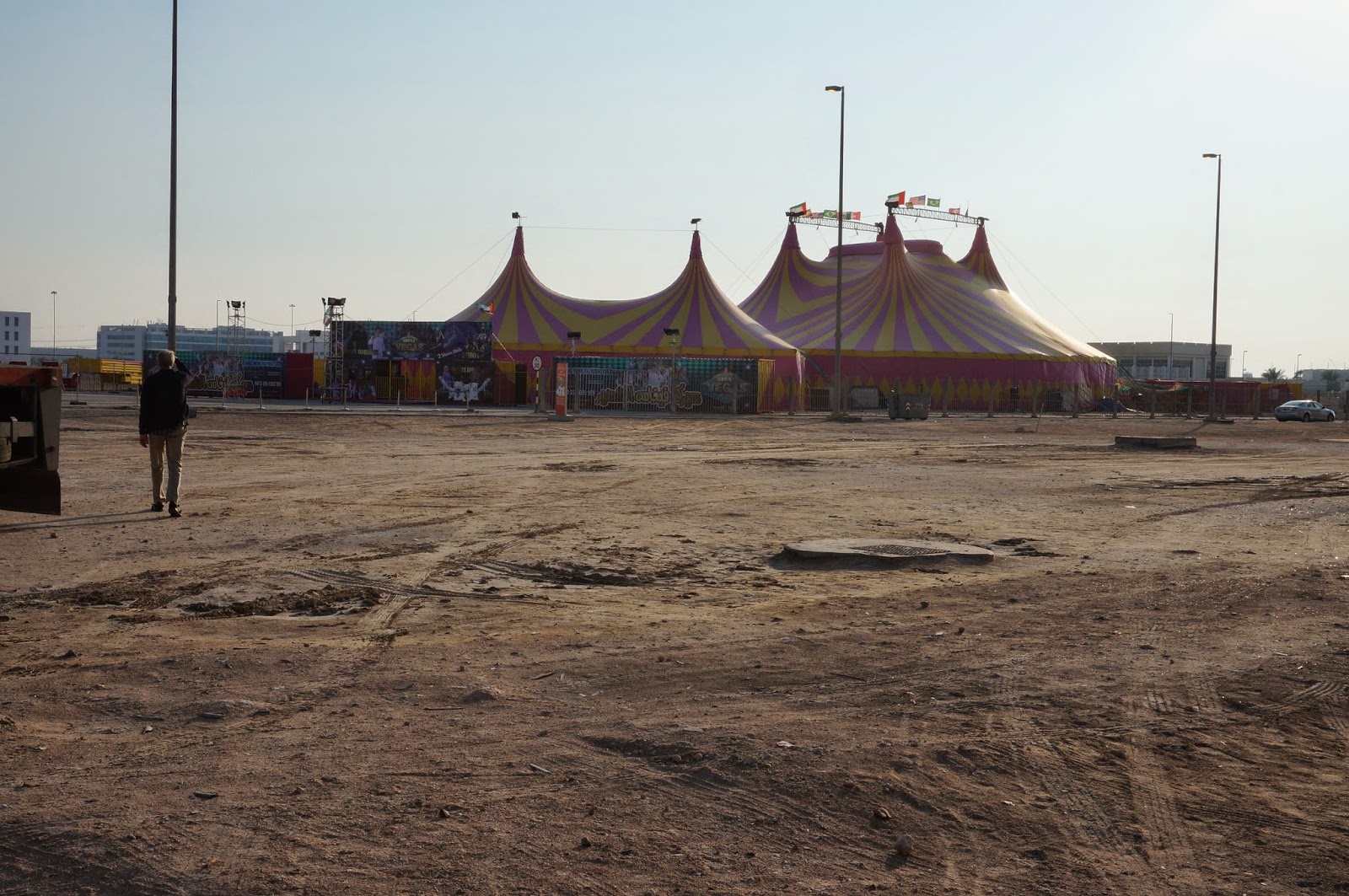 There was quite a few people at the 6.30 pm show last night, being Friday and all. Their big top takes 1500 people, and it was a good bit over half full I would say. 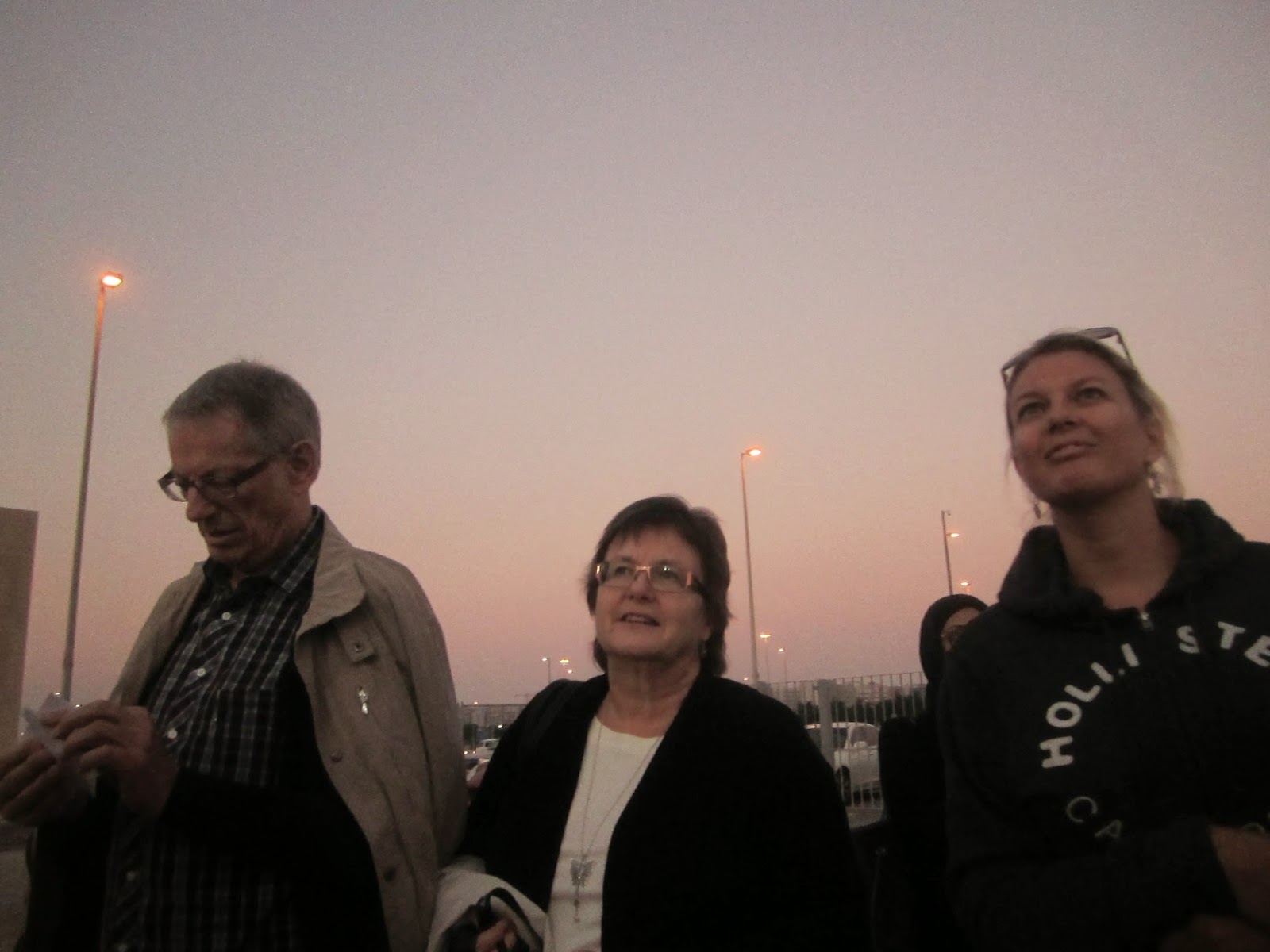 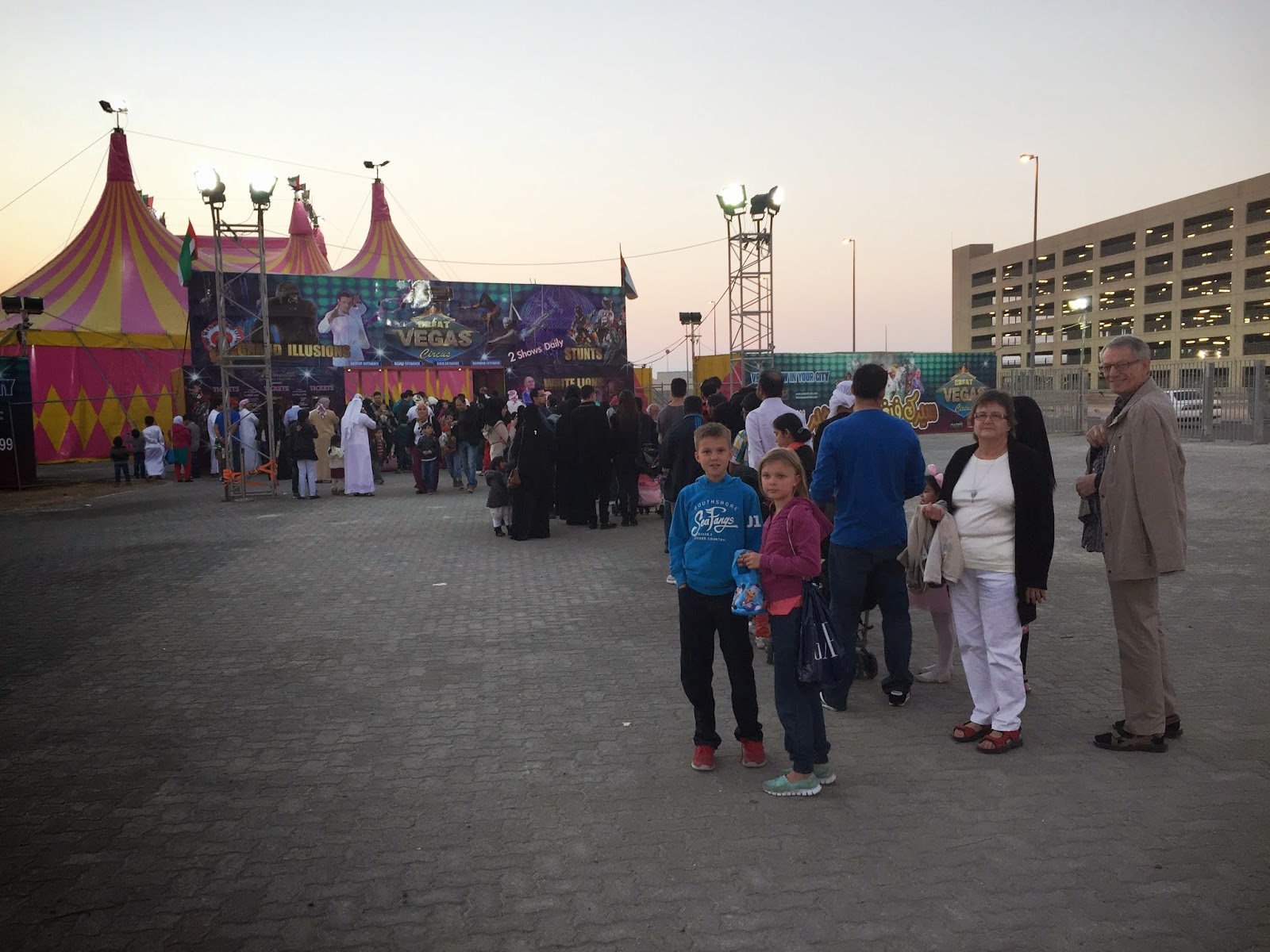 The show started on the dot 6.30 pm, just as advertised. The program was splendid, many excellent performers. Most of the artists were latinos, a bit different to in Scandinavia where most of them come from eastern Europe. 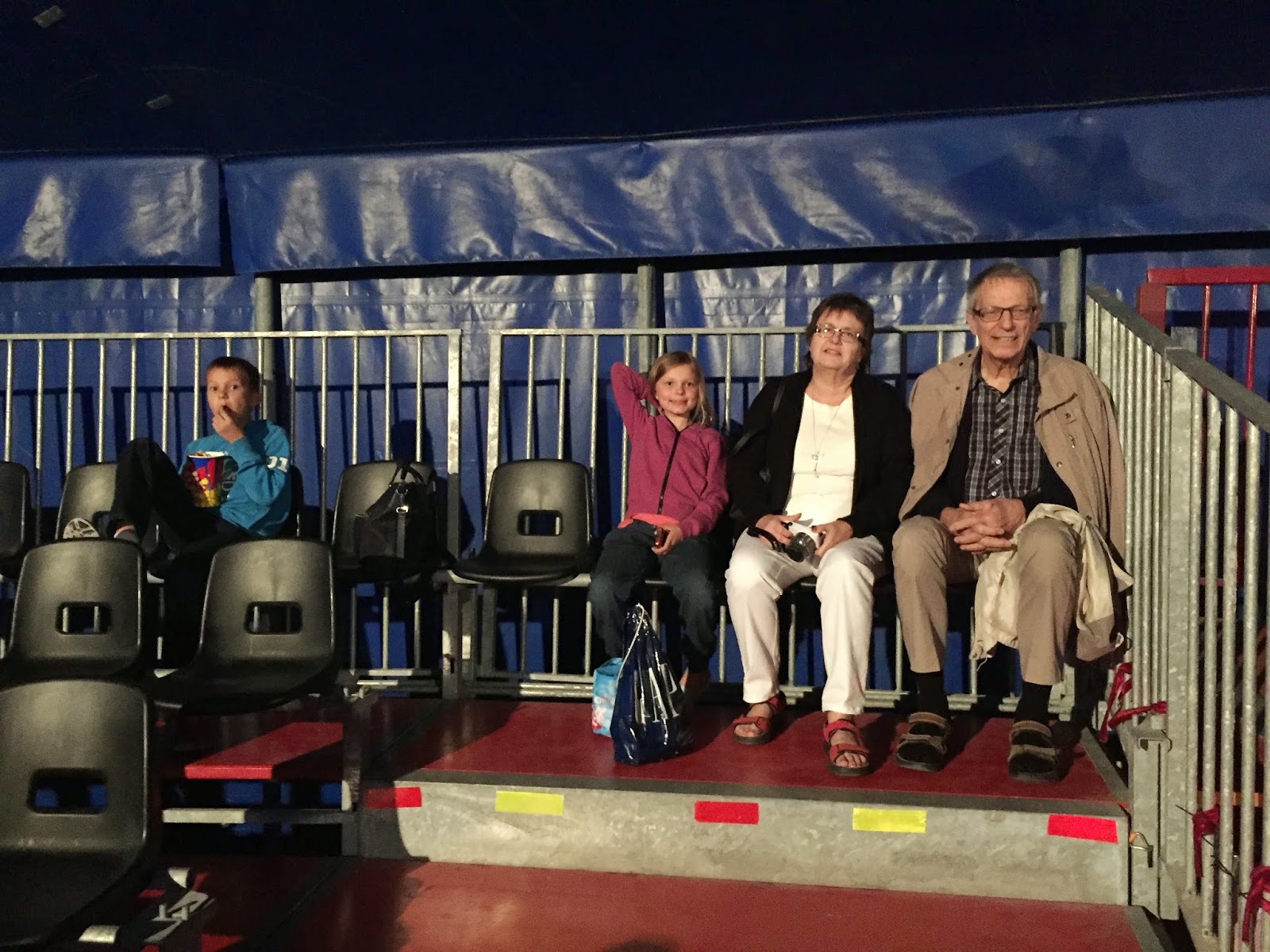 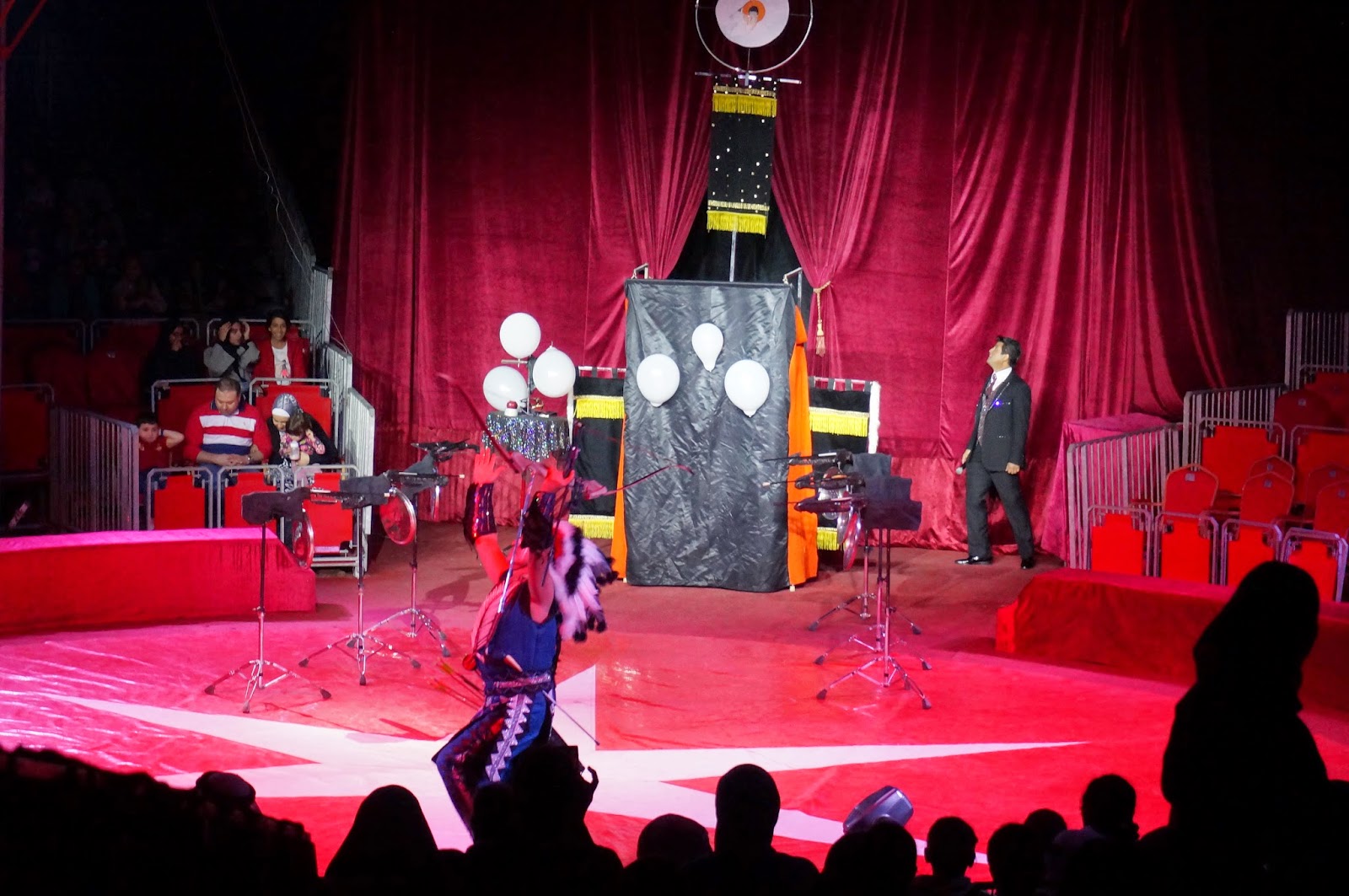 We got to see amongst other things a hand balancing act, a magician, a single trapeze act, a cross bow act, a perch act and some clowns. My favourite acts were the boys in the 'Globe of Death' - who rode one, two, three and finally four riders at the same time in the globe! 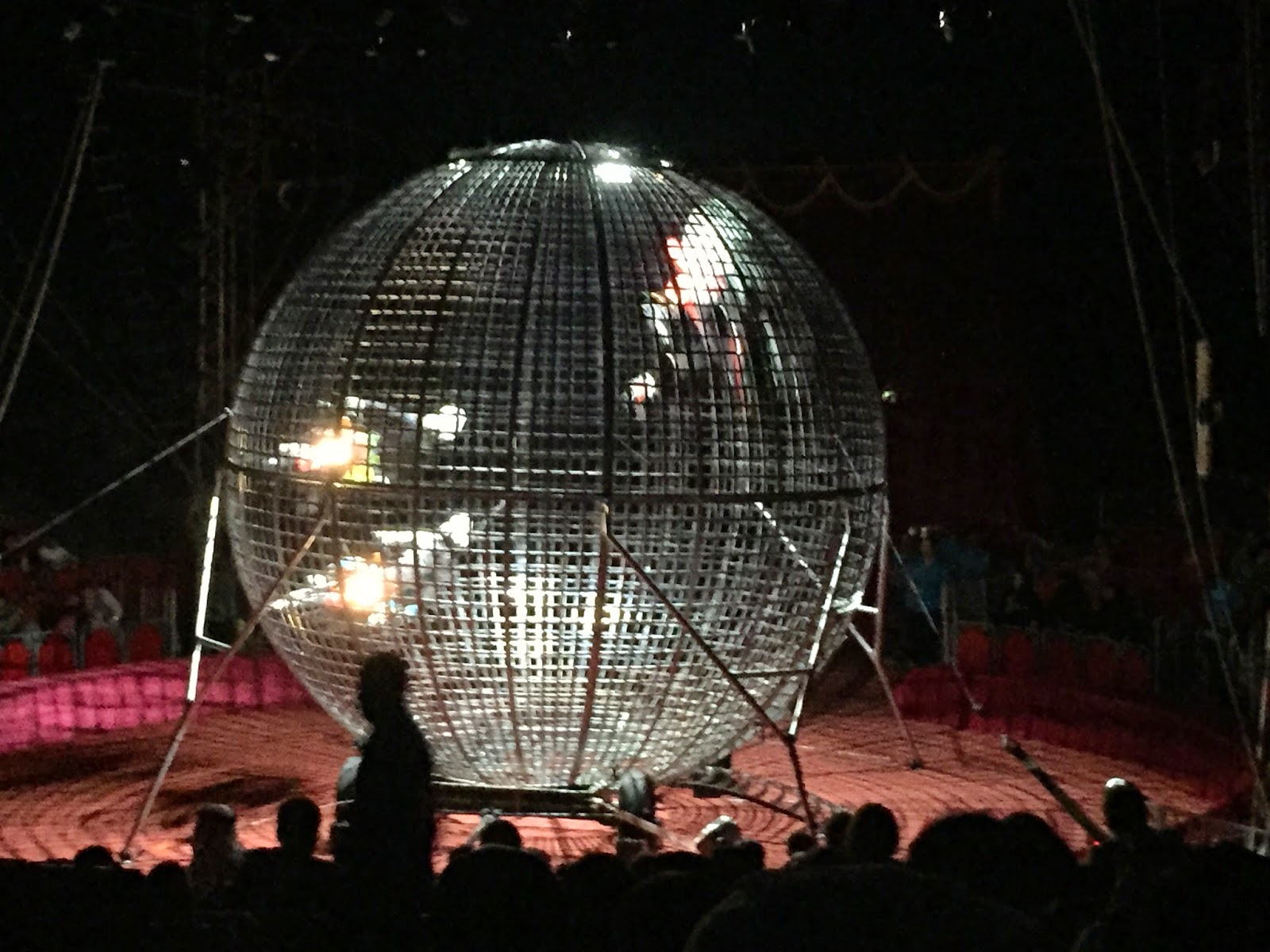 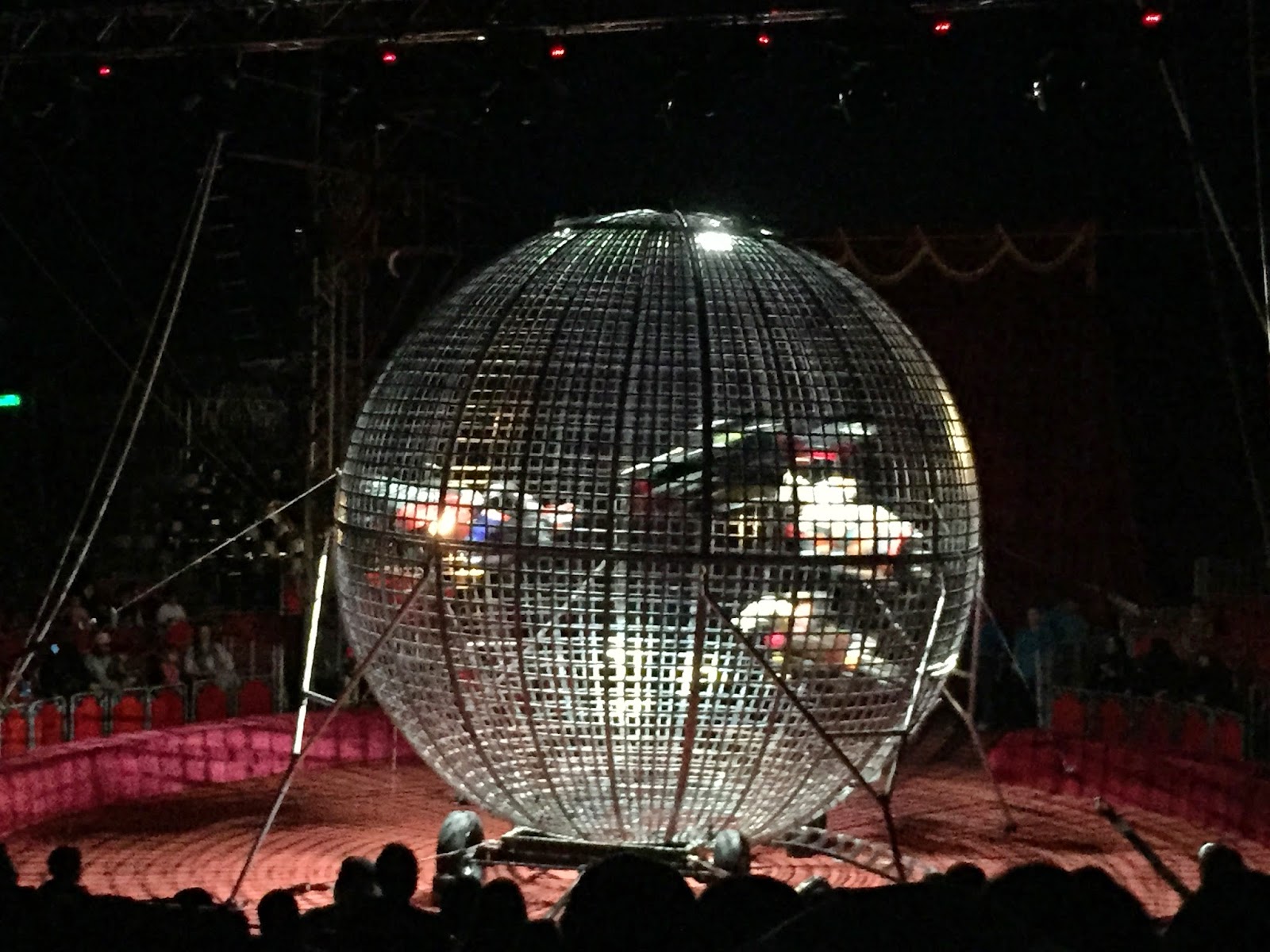 Another favourite act was the five white lions, of course! Mostly because their handler was having such a soft touch with them, it was a beautiful number...: 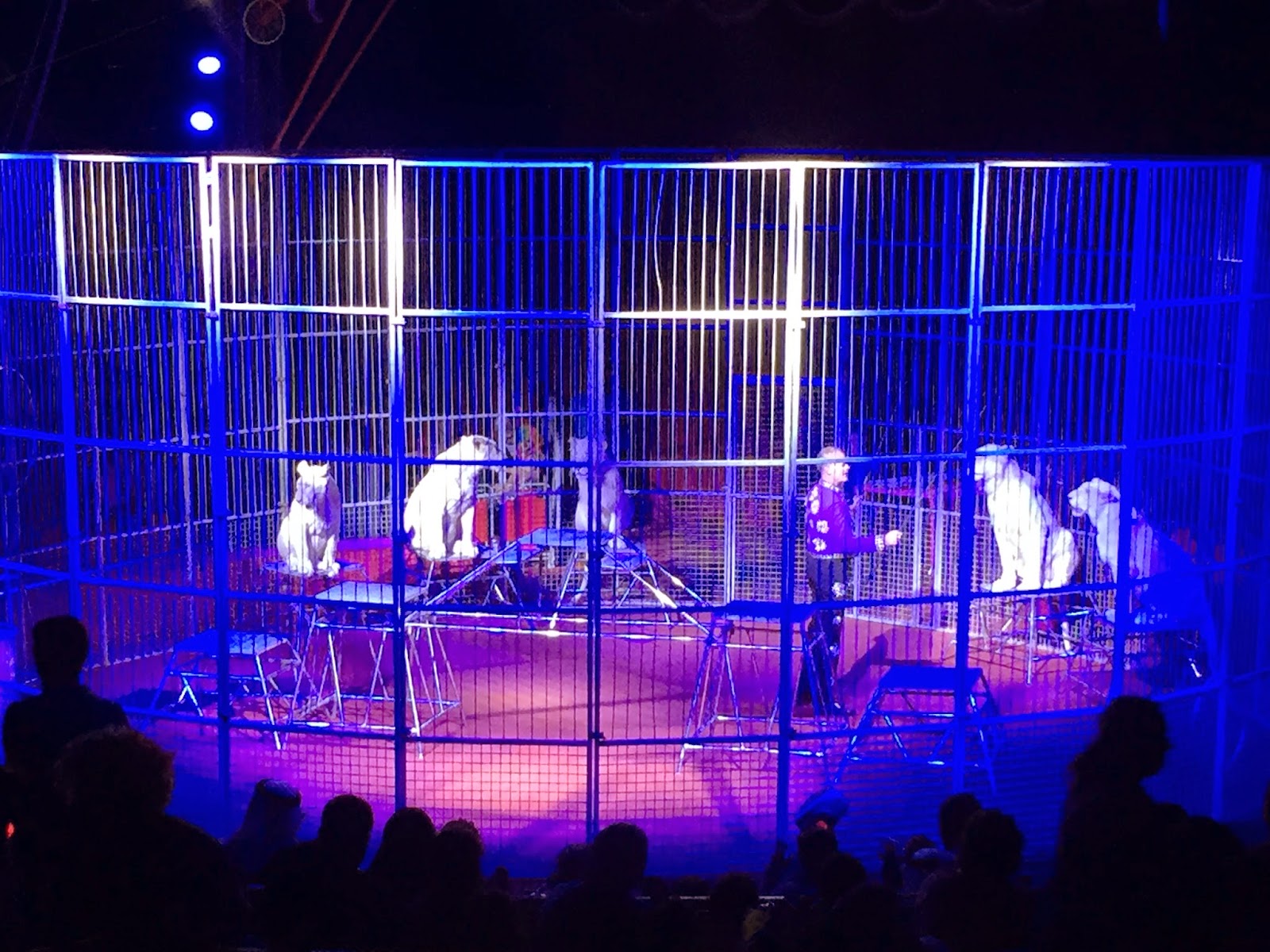 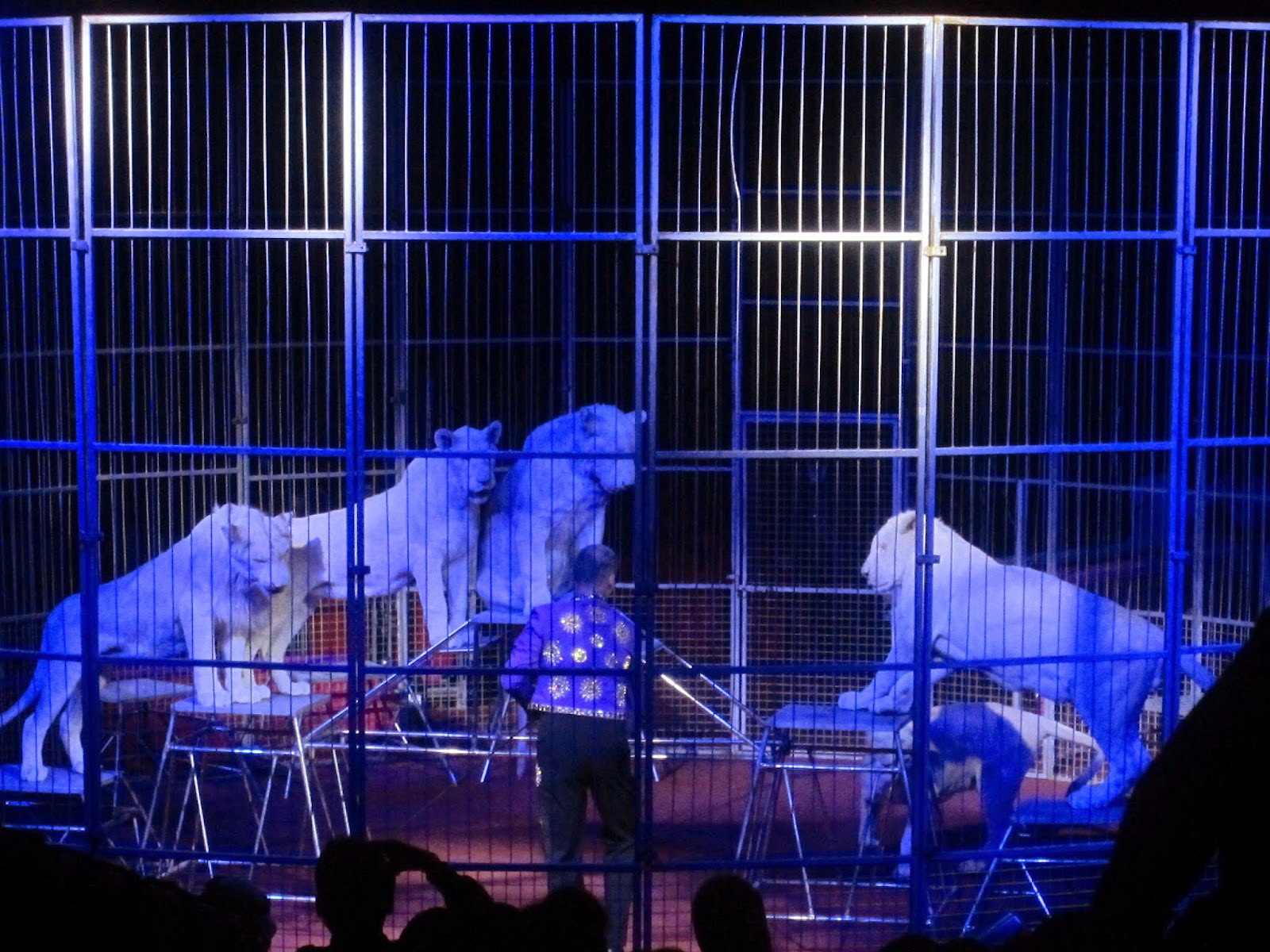 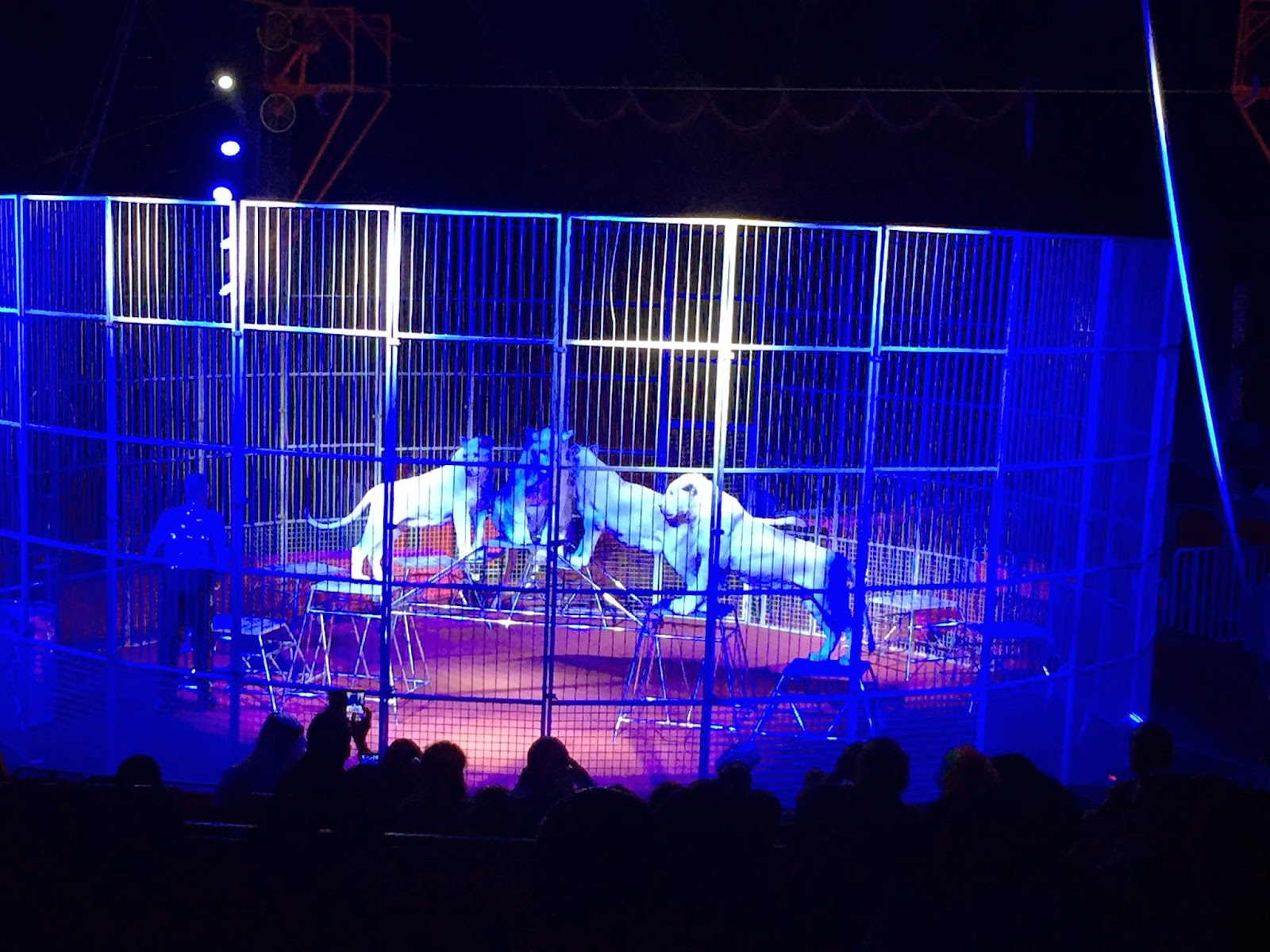 And the most impressive act of them all, the tight rope group. They were amazing! 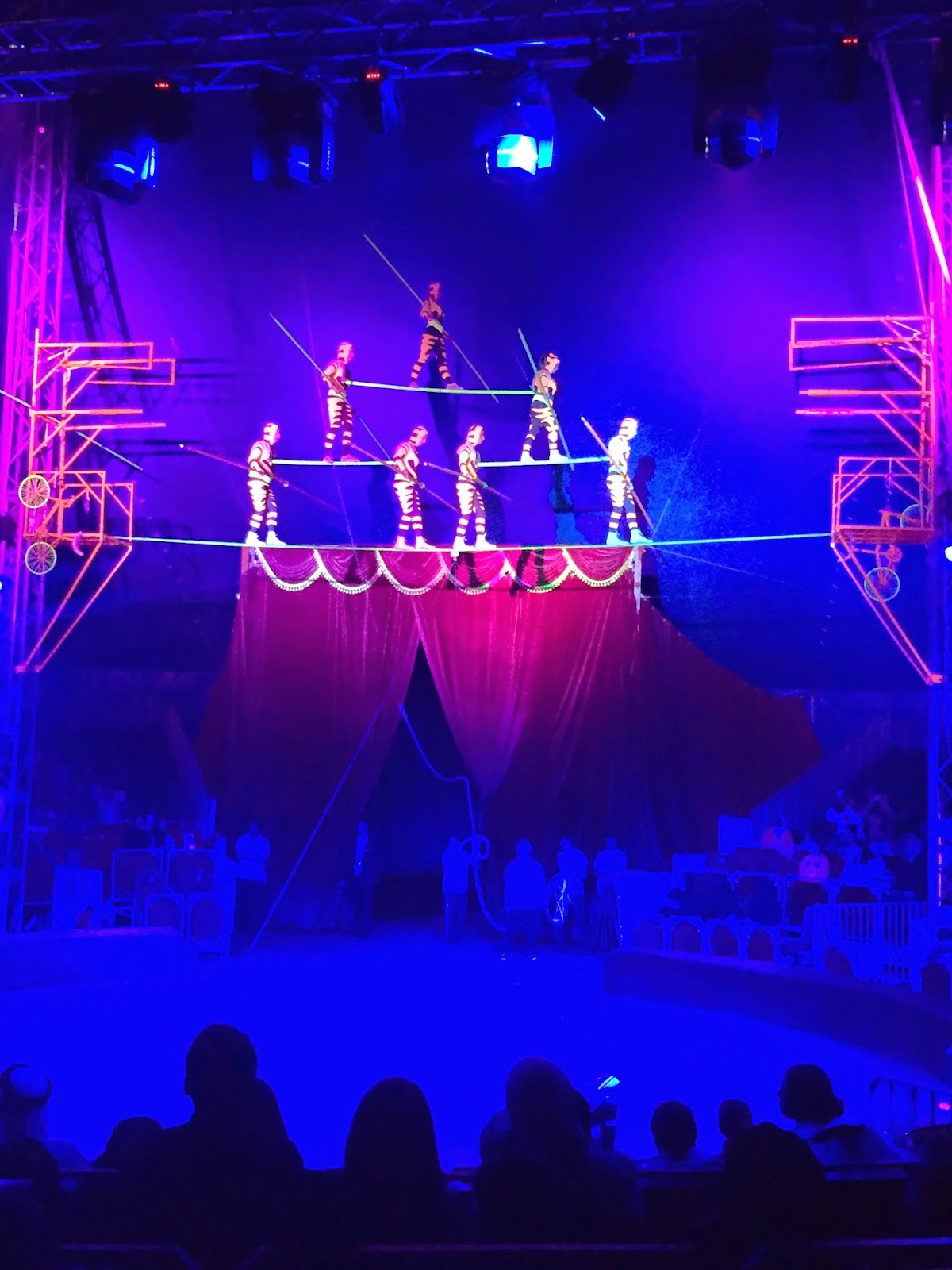 What a great night at the circus! 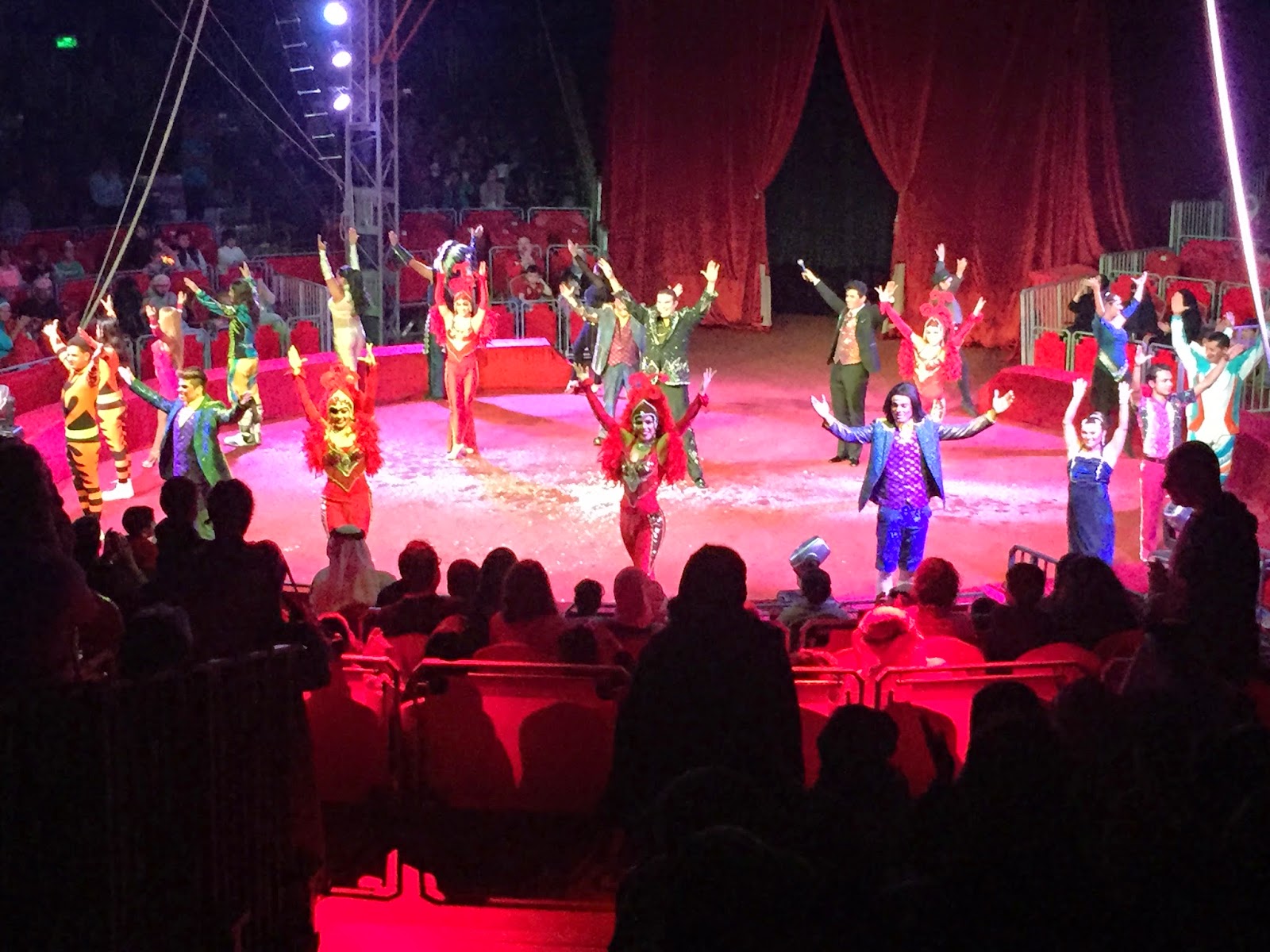