It was so much easier arriving to Brunei, where there was only two options for schooling - this school, or that one. We made the easy choice back in the day and just went with what "everybody else" (RBA people that is) had gone with, and chose JIS. Luckily it turned out to be a perfect fit for our children, they really had a fantastic time at JIS.

Here, it's a different story. There are just so many schools to choose from, and all depending on who you talk to, you get different advice and different opinions obviously, on which one to pick.
For us it was pretty soon down to - which schools does actually have spaces for our kids at this point in the school year?? As it turns out, two schools very near to us do: The Raha International School (RIS), and the GEMS American Academy (GAA).

Both schools follow the American system, but RIS is an IB school, so they have a bit of a different approach to teaching and learning, than the traditional one. GAA is also in the process of getting their IB accreditation, so in theory - either school would be good for our kids.

On Thursday morning they sat their first assessment, at RIS. Linnea was there for an hour, and Lucas for about 2 1/2 hours. After that we got the tour of the school grounds, and I must say I got a very nice feel for the place. We won't know until next week how they did, but hopefully they will be offered the spaces. 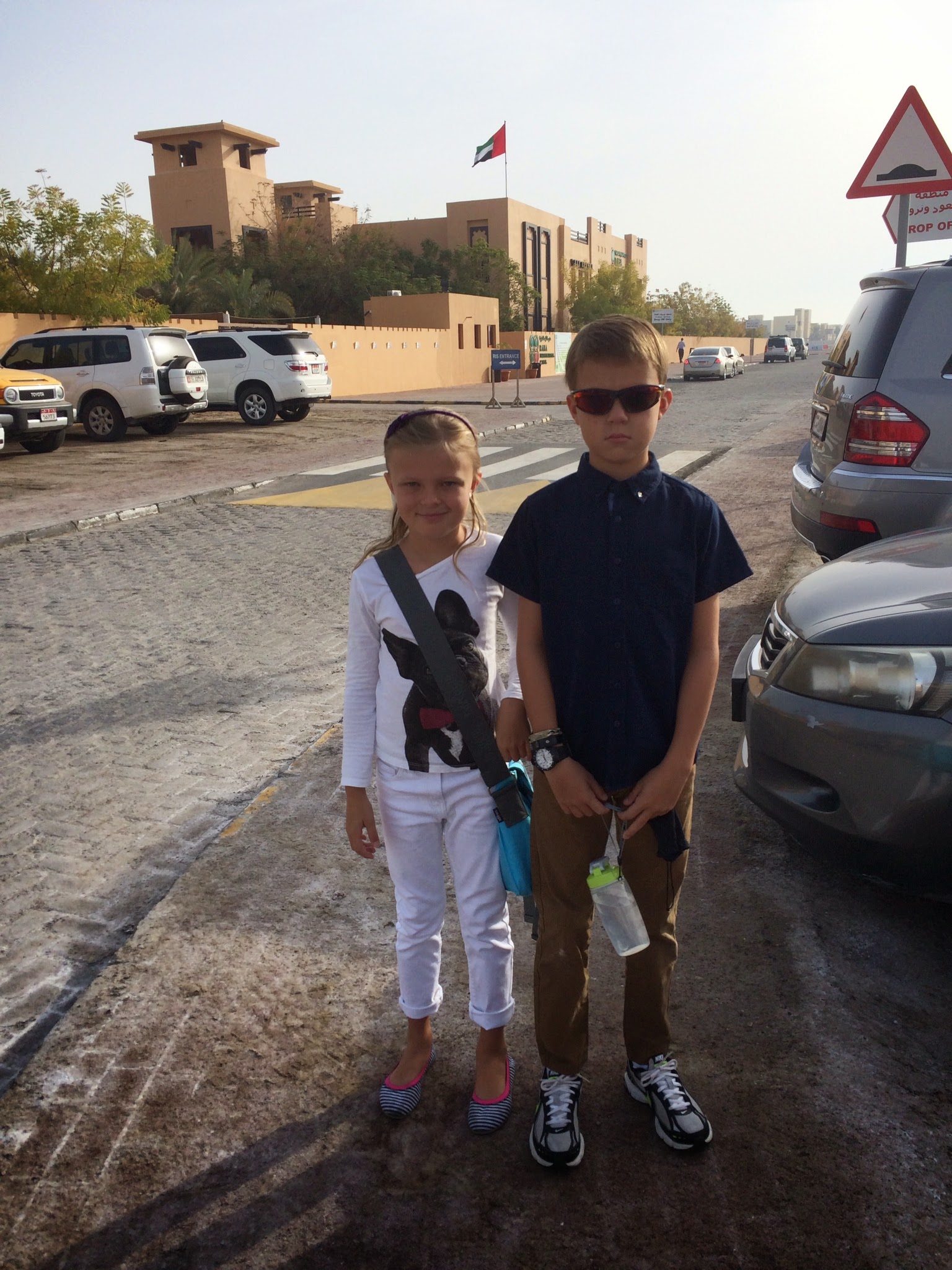 In the afternoon, they went to GAA to do an assessment there too. This one was only an hour for both of them, and both kids said this was easier?
GAA didn't have time to go through the full process with us on Thursday, so we are scheduled to meet their counsellor for an interview on Sunday, and then get the tour of the school on Wednesday. It'll be interesting to see what the kids think, as the schools are rather different one from the other. Even though they do have some say, in the end it'll mostly be our decision anyway, but, we haven't made it yet.

Unfortunately the schools here now go on holiday for three weeks (...) so it'll be a while before the kids get into their new routine and get the chance to make some new friends.
Posted by MrsW at 21:15