The kids and I had our pizza just as we had planned last night. A Pizza NY Party is also a NY Party! It was a super chilled evening, we just hung out, ate pizza - and watched Rush Hour 1, 2 and 3! 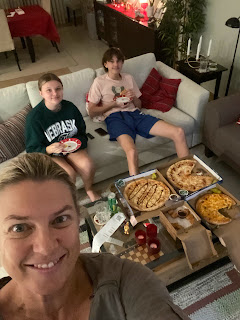 Nathan got home in time for midnight, and after having jumped into the new year holding bread and coins (the Danish tradition we have made ours), we watched the fireworks from our balcony, like many New Years Eves before. 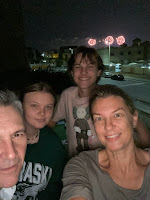 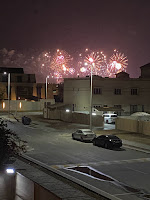 We were actually all ready for bed but we did watch the (prerecorded) stream with a performance by David Guetta from the Louvre Abu Dhabi for just a little bit before we called it a night. Such a fantastic setting..! 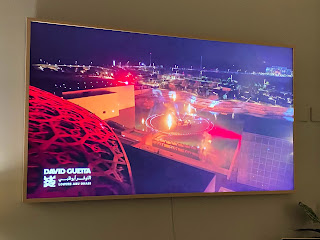 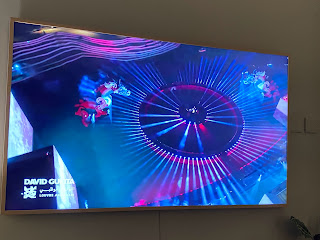 Then 2022 got started with a bang!
We all (apart from Nathan, whose noise-cancelling earphones apparently were well worth the money..!) woke up at 4 am by a massive thunderstorm. All our windows were thumping with the wind and the rain was so strong it overpowered the noise from our air conditioning. I actually don't think we have had a storm like this since November 2018, it was rather crazy with a lot of thunder and lightning.

Obviously this country is not really built for this kind of weather, so driving to work got interesting with flooded roads, fallen trees and signs and detours. At the Louvre Abu Dhabi it was also still a bit wet, but luckily only under the dome and not inside the galleries.
I started the year with delivering a tour to an American family, felt great to set off the new year with a tour, directly on day one. 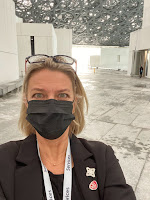 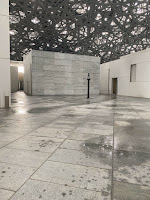 And we did get our fondue dinner! Let's just say we switched the traditional New Years dinners around between New Years Eve and New Years Day, but we did do them both!
Fondue is always a hit and it was especially nice today since it was a family affair getting it all ready. Om nom nom! 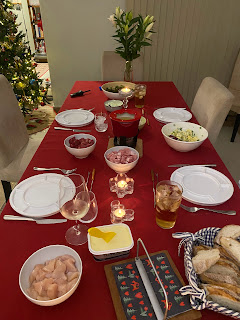 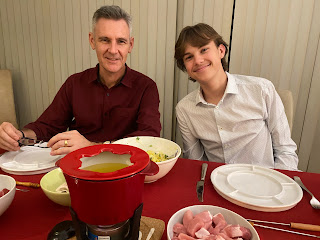 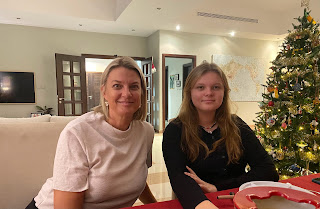