I miss those wonder years

We are having a long weekend off here in the UAE this weekend thanks to National Day. Yesterday our friends the McGeeHees came down from Dubai, as we had talked about taking them to Warner Bros World and this weekend was perfect. 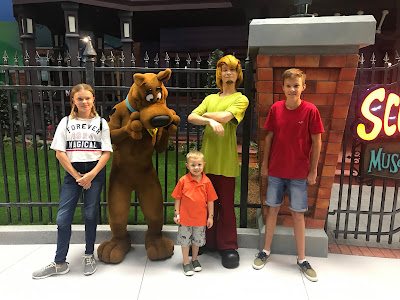 Four-year old Aiden was so amazed about the whole park, even though he was too short for most of the rides it didn't matter much. He mostly enjoyed meeting all the superheroes. He was so excited he couldn't even walk, he skipped along to keep up with the big kids, but then every time he got close to one of the characters for a photo he got all shy, very cute. 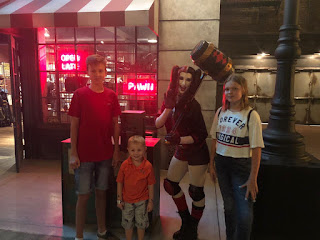 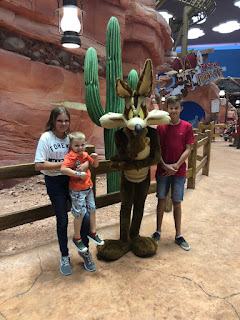 I think the favourite part for Aiden was meeting Batman, and showing him his Batman-shorts: 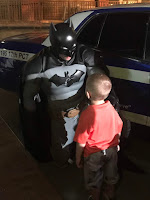 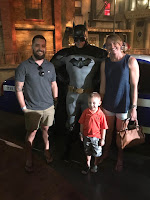 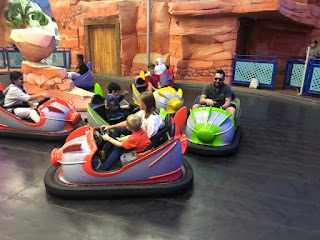 Green Lantern was pretty cool too. Especially when we crossed paths with him for the second time in the afternoon, and he remembered Aiden's name! That was awesome! 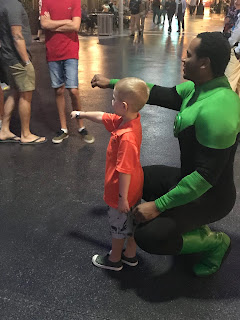 I miss those wonder years when the kids were so easy to impress, and still believed in superheroes, Santa Claus and all the other magic..!
Posted by MrsW at 14:42