Many of our friends have been to visit us out here in the sandpit; some even several times already, and more are coming this season for the first time. Yay, I love visitors!
Then there are others we have been pestering to come for a while, like our Danish friends the Enderleins. We go see them in Denmark every summer, and they have used the fact that they came to see us in Horsham several times as an excuse so far - something I kind of think doesn't even count anymore, it being over 14 years ago!
So it was about time they finally booked a trip to come and see us!

We only had the pleasure of their company for four and a half days, as they had also spent some time showing the kids Dubai before coming down to us. And today they continued out to Vietnam to spend the rest of their holiday there with some other Danish friends of us all.
But we managed to cram a whole lot into the days we had together for sure!

On their first afternoon the kids and I took them to the beach, and then we cooked dinner at home. Nathan was due in after midnight, so we ended up staying up waiting for him. And as there was no school the next morning we ended up making a party of it! (Probably not the smartest thing considering we had Ferrari World planned for the following day, but what to do if you are short on time..!?)

So Wednesday it was Ferrari World time - they were all very brave and took on ALL the famous roller coasters. Ticked all the boxes, well done!
Flying aces, the world's highest loop at 52 m: 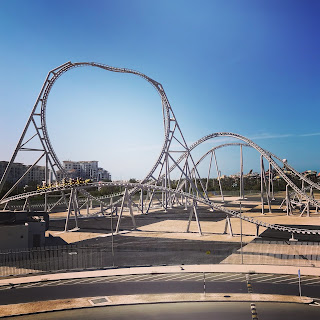 Nathan and I were kind enough to wait behind and take all the photos and film for them instead..: 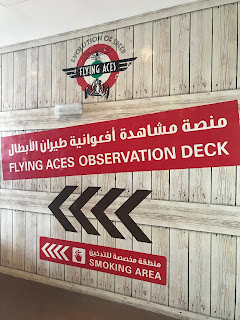 This is the start of the two-way, reverse free-fall roller coaster Turbo Tracks: 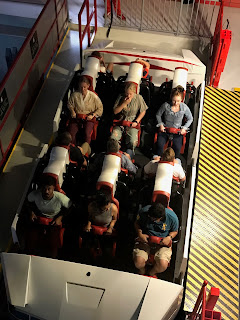 We all did the karting, that's always a lot of fun! 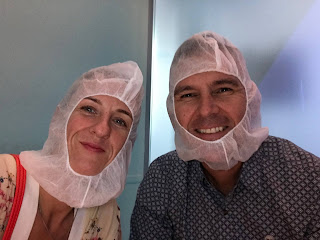 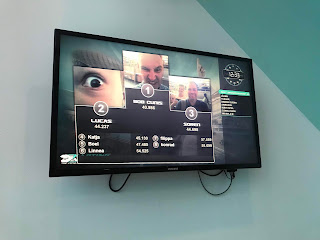 And while the four of us Watsons went to school in the afternoon to take on all the Parent-Teacher Conferences for both kids in one go (three hours later...), the Enderleins managed to squeeze in both a visit to the Black Tap to have monster shakes, AND a spot of shopping at Yas Mall! I told you, crammed program!
A very good first full day!
Posted by MrsW at 18:03