A 'semla' is a small, wheat flour bun, flavoured with cardamom and filled with almond paste and whipped cream. It has become something of a food icon in Sweden.
Traditionally you only ate these buns on Fettisdag (=Shrove/Fat Tuesday) as the last festive food before the Christian fasting period of Lent. Although with time, Swedes stopped observing Lent, added cream and almond paste to the mix and started eating these carb-loaded buns without any reservations. Nowadays semlor (the plural of 'semla') usually appear in the shops and bakeries already shortly after Christmas!

I have made many attempts over the years to bake these myself, with various results. As per usual, the aesthetics are often missing, but whatever I bake at least tend to taste very good! This year I had heard of a bakery in the city from where you could order these buns, and as I had promised some to my neighbours, I thought I'd give it a shot.

They weren't quite ready when I arrived to pick them up, so while I waited I got treated to a cup ginger and lemon tea and some small, delicious cookies. I was all alone at the time, in this very pretty tea salon: 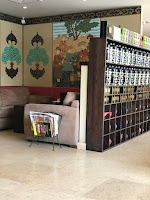 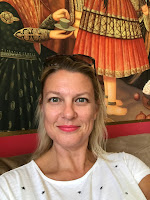 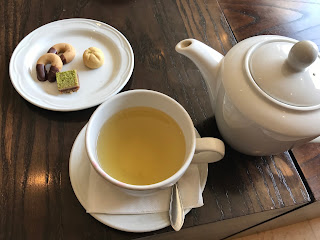 I got a monstrously big bag, to take home my big box of semlor. Look! 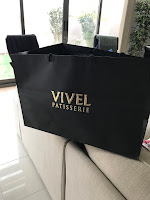 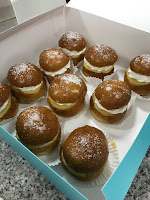 I passed a few on to a Swedish friend, and took some to my Irish and German neighbours. Once the kids came home from school we all had one each for afternoon 'fika'. They have no connection to this tradition as they haven't really been exposed to it much, but were happy to try one. 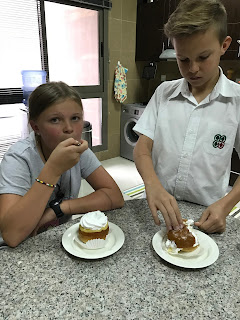 Verdict?
Well, Linnea only liked "the yellow stuff" (the sugary almond paste that is... no surprise) but Lucas ate ALL of his with healthy appetite. 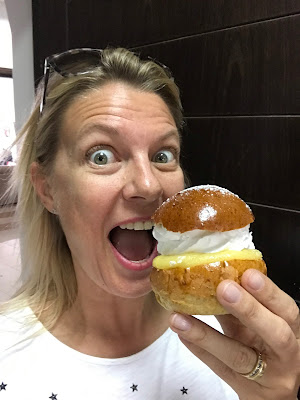 Me, I scraped most of the cream off as here you rarely get real cream, but that strange, fluffy spray can stuff. The bun and the paste both tasted great, but I found the composition was a bit off. You see, the proportions are really important to get the perfect semla!
But - as a non-authentic Swedish semla, it sure was alright and I'm happy I finally got my fix!
Posted by MrsW at 11:57