This weekend it was time for the biggest junior rugby tournament in the WORLD here in Abu Dhabi! Our own home competition - the Etihad Junior Rugby Tournament. This year 251 teams were registered across all year groups, a new record.
Luckily for us, both our kids played yesterday. Unfortunately it still turned into a long day as Lucas was there ever since 8.30 in the morning, and Linnea didn't finish until 6pm in the evening...

Lucas and his team fought hard. Lucas had a few good runs, did an awesome intercept which resulted in a try, and had another great assist. They won two games and lost two, one really narrowly, but still made it into one of the finals - which they won! Silverware for the U13s! 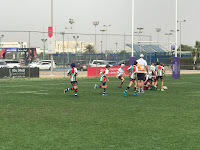 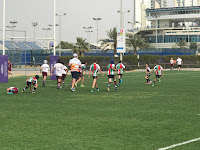 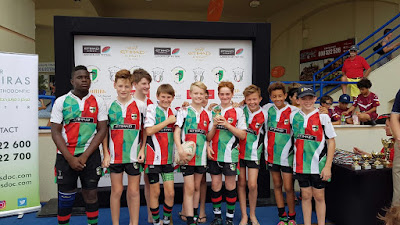 This year there was 42 girls teams. Girls rugby has certainly grown since they started this tournament 12 years ago, back then they only had four girls teams registered, and one didn't even turn up!
Linnea's year group had put three teams in, and Linnea played in the B-team. 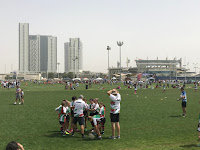 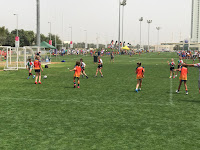 In between the games there was time both for pep talk... 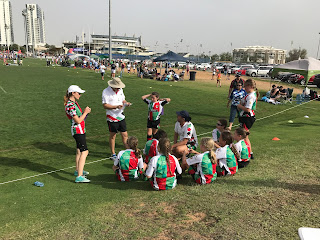 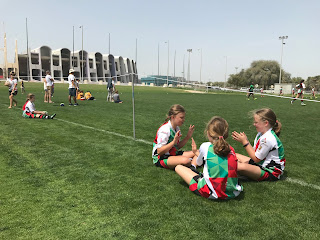 Really happy team photo after having made it into one of the finals: 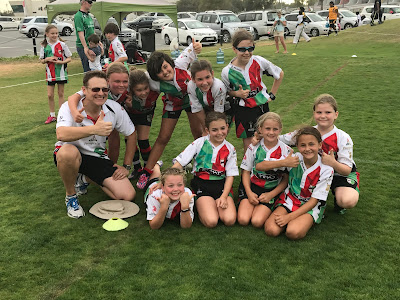 Team huddle - "WHO ARE WE??? HARLEQUIIIIIIIIIINS!!!" 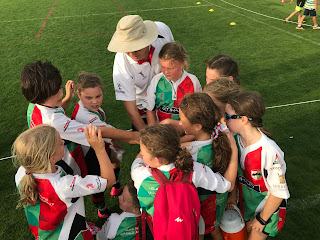 The girls also won their final - silverware for the U12 Girls! 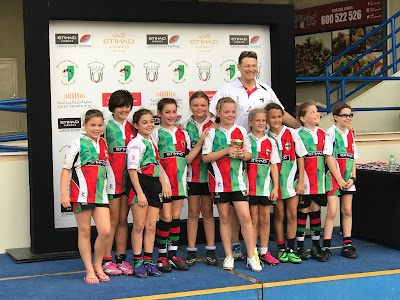 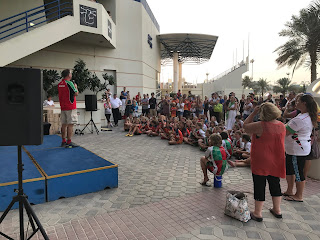