Last week a new exhibition opened in the capital, centered around the Qasr Al Hosn Fort. I went along on Friday to have a look and was very impressed. 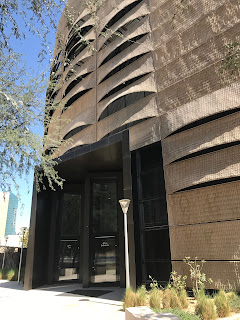 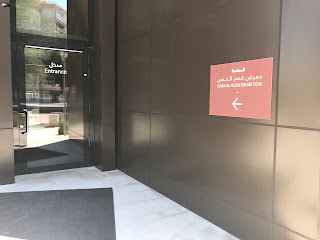 The exhibition tells the story of Abu Dhabi, and the history of the whole area around the Qasr Al Hosn, from the establishment to the present. There are nine exhibition zones with different themes.
The exhibition also highlights the restoration and conservation project that currently is in full swing in the area, expected to be completed next year.
Even all around the area outside, different little "tasters" of how it will turn out are shown: 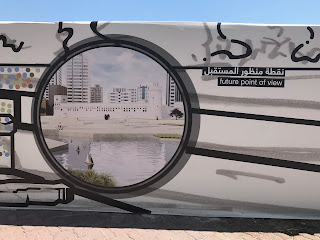 Qasr Al Hosn is not just the oldest building we have here, and our most important monument as it is considered the symbolic birthplace of Abu Dhabi. It has also always played a huge role as a symbol of the heritage, culture and Emirati traditions. 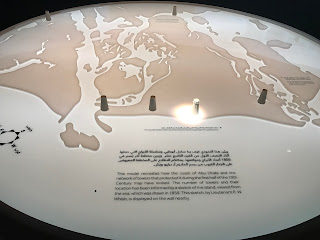 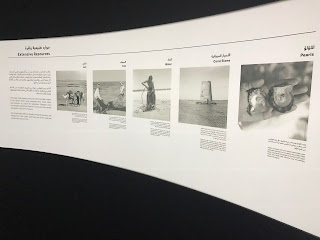 There is a private collection of items on display, on loan from the Al Nayhan family. Such as the bisht (=ceremonial cloak) that belonged to Sheikh Shakhbut bin Sultan and other things. The original wooden gate to the fort is also among the many items on display: 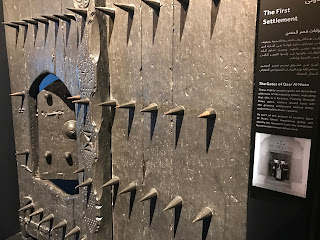 There was also a collection of pearl jewellery and other items on display, to demonstrated the peak of the pearling industry: 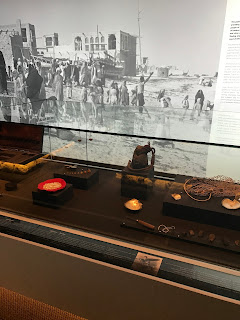 Along one of the walls they had a timeline portraying many of the most important development stages of the last century: 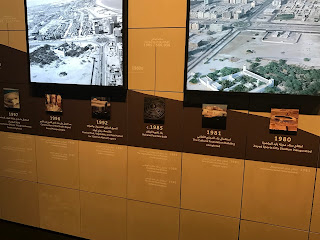 One of the things I got stuck in front of for a while, and watch over and over a few times, was an animated presentation of the history of the fort and Abu Dhabi, and the plans for the area's future: 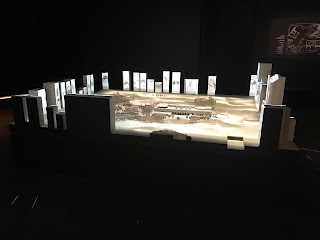 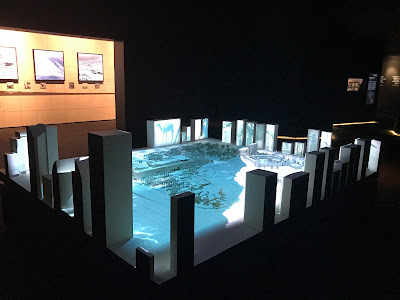 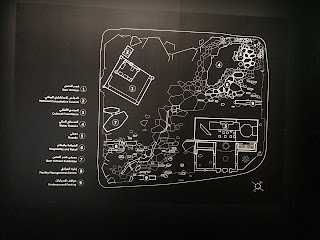