We started day two in Madrid with a hearty breakfast down at the buffet. Because of the time difference, we were all awake really early so had plenty of time in the morning to charge up for the day ahead.
Our first stop on day 2 was a long stroll around the big park, Parque del Retiro. 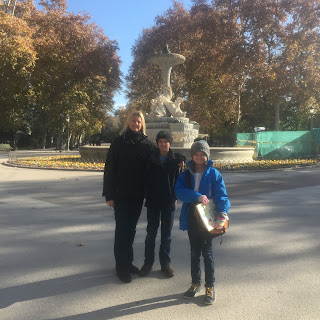 It was really lovely weather, a bit warmer than the day before so we were all a bit overdressed in our thick jackets, hats and mittens.
We so enjoyed walking around the park, here the Estanque lake where you could hire boats to row, and with the Monumento a Alfonso XII in the background. 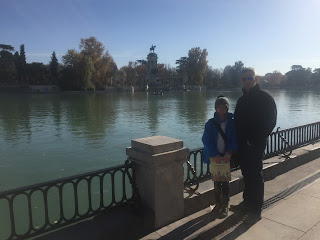 The Crystal Palace, built 1887 and inspired by its British namesake: 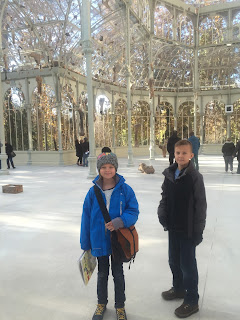 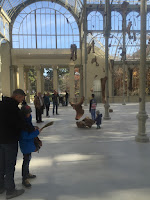 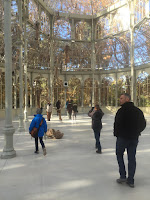 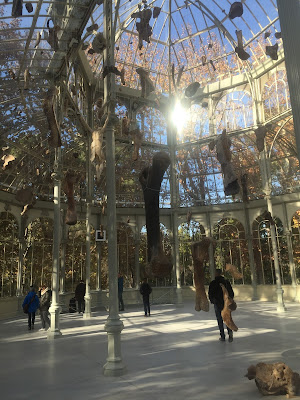 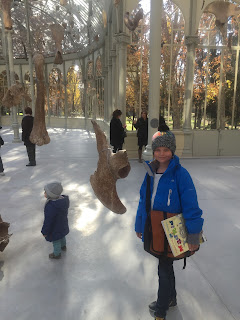 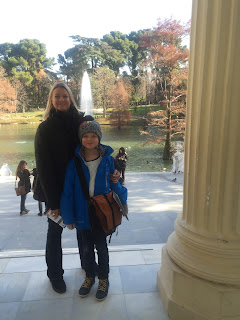 It was so lovely with all the beautiful colours in the park, such a paradise in the middle of a busy city: 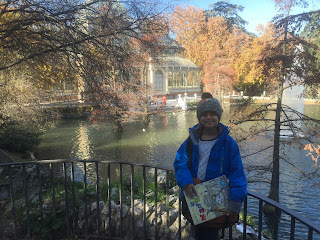 In the Rose Garden, which holds more than 4000 roses representing over 100 different varieties: 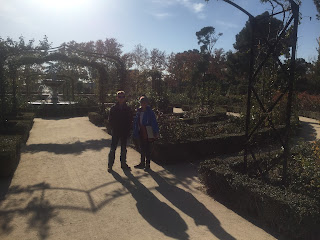 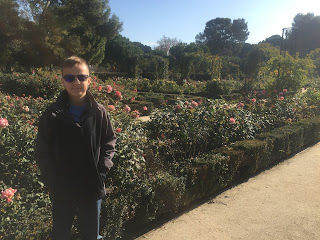 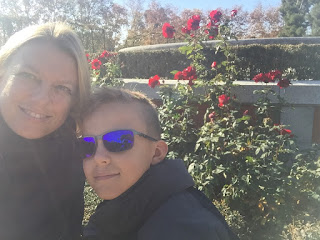 The statue of the Fallen Angel, by Ricardo Bellver: 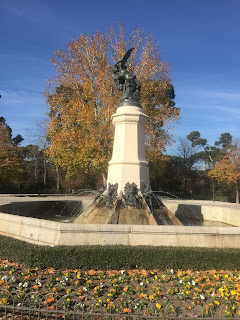 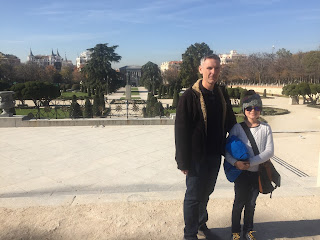 The oldest tree in Madrid! It was brought over to Spain from Mexico in 1632, and it's about 30 metres high. So big that the French army installed an entire battery in its branches during the War of Independence! 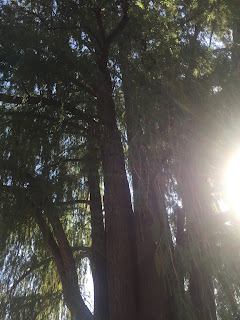 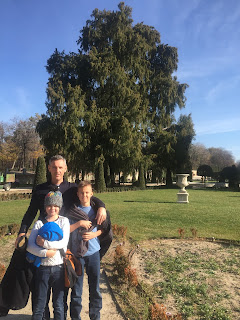 We stopped to re-energize at Starbucks. I had the first Gingerbread Latte of the season, mmm! Maybe extra yum because we enjoyed it outside! 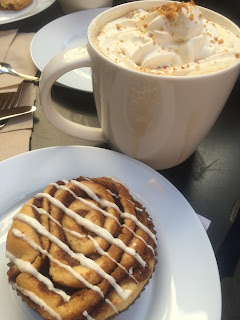 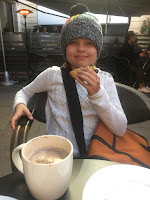 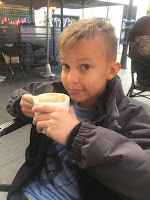 The Royal Palace with Plaza de la Almeria in the foreground. The different monarchs that have ruled Spain have lived here since 1764, although today it's only used for official ceremonies and important celebrations. It is really more like an enormous museum than a house. 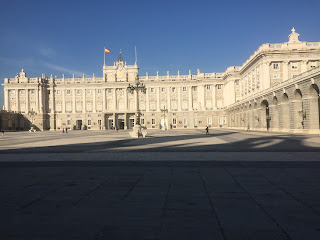 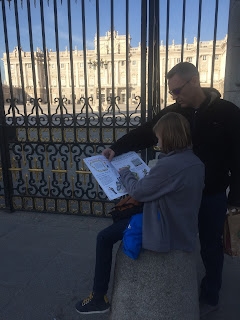 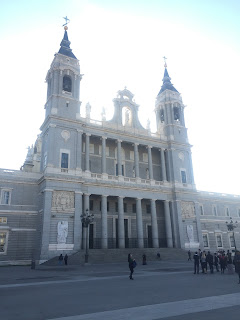 And when in Spain, what to eat for dinner..? Well, we had an endless amount of tapas with our wine this evening (for every drink we got a free plate of tapas!); but then also decided to order some paëlla, just because we could. Mmmm! 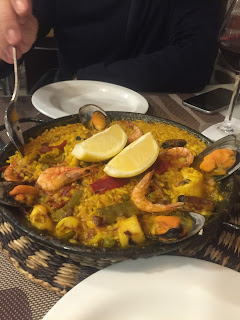 So very full and a little bit tipsy, we called it a night, after two very busy days in Madrid.
¡Fantástico!
Posted by MrsW at 11:00