Museum of the Future

Yesterday Frida and I had another Dubai day planned, gotta squeeze in as much playtime as we can before she is leaving! We also had to go back to the Goldman, to pick some orders up from last week.

Our main goal was to go visit the Museum of the Future, the latest new, big landmark in Dubai. A very expensive attraction to be honest, the entrance ticket cost 180 AED! 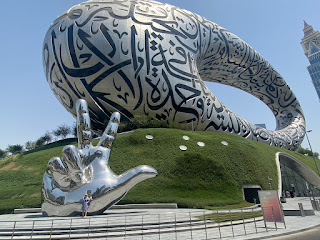 We had been really excited about going, but I must admit, we actually felt rather let down by the whole experience. A bit surprised by this we agreed, that maybe if we hadn't been to Expo2020, we would've experienced it differently.
There wasn't really anything here that impressed us, it felt like we had seen it all before. Like getting a bracelet to check in, so that you get greeted with your name in the displays in the exhibits - done already by the German pavilion at the Expo f.e. 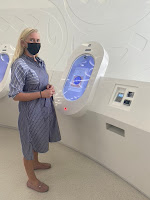 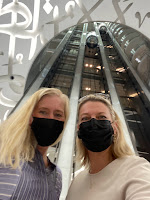 The architecture of the building itself is nothing short of stunning though, and really impressive!
This torus-shaped marvel, partly conceived by robots, is covered with stainless steel which reflects the light beautifully. The facade is inscribed with quotes and messages of hope for the future, from the ruler of Dubai Sheikh Mohammed. It is designed and written in Arabic calligraphy by the Emirati artist Mattar Bin Lahej.
A really lovely way of connecting the past with the future.

The inspiration for the architecture apparently came from Feng Shui, and the museum is made in three main parts - the hill (representing the earth), the building itself (representing humanity), and the empty space in the middle (representing the unknown). I must mention that it in fact made us a little bit dizzy at times to walk around inside, ha ha, as the only horizontal surfaces in the whole building are the floors.

This motorized flying robot-dolphin turned up in the atrium as we waited for our turn to enter. That was pretty cool! 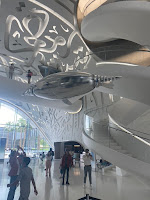 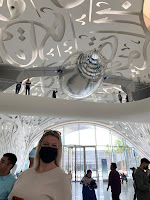 The museum has six floors of exhibits, where you start with taking a virtual trip to space and the OSS Hope, to see exhibits focusing on potential futures of outer space. You get to see how life is imagined in the year 2071. 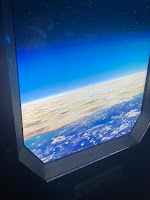 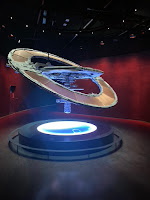 We could apply to be a part of the mission, I became a Asteroid Fleet Pilot and Frida was accepted as a Luna Robo Driving Instructor: 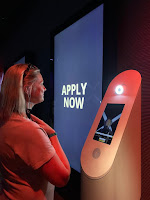 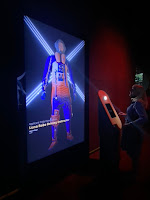 Further on there was for example a digital beach, a futuristic spa; and a multi-sensory and meditative space called The Center. This was something we didn't really understand. To us all of this felt a bit out of context here?

The only part where we were really wowed, and where we spent the most of our visit, was the big room with the 'Vault of Life', or the DNA library. Here they had around 2,400 models of species, in a very cool colour-changing display: 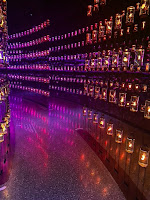 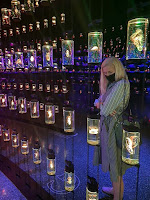 We got to borrow a small device that could scan each exhibit to learn more about them, and also learn if they are going to be extinct, and when. 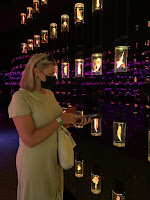 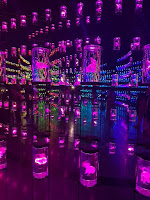 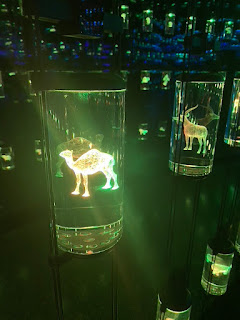 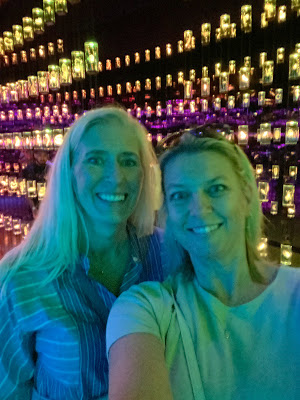 We also found the terrace, and managed to take some nice photos: 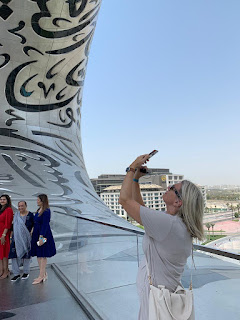 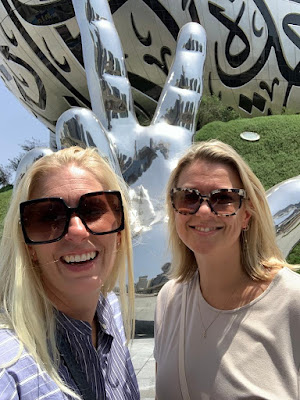 All in all I would say I really don't like museums that won't let you explore in your own pace. I don't enjoy being shuffled around. Just like I didn't like the pavilions that had different parts you had to enter and exit together with your designated group. I want to take my time, and wander as I please.

I also don't think the museum experience was as mind-blowing as I had expected it to be, nor did I think it was value for money - again, especially not when comparing with Expo2020... But even though we left feeling rather underwhelmed, we still had a good time together!
An even better time was had later in the day going for sushi lunch and doing a bit of shopping in a small mall down in the Jumeirah part of town, where we hadn't been before. I came home with some beautiful things wrapped in silk paper, which made me happy!
Posted by MrsW at 17:11