Those who know me know that I am ridiculously excited about 2020 (not only because it can only get better than the shit year we just had), because I love the symmetrically pleasing numbers - 2-0-2-0. Well, I love even numbers all together, and twenty-twenty just has such a good ring to it, doesn't it!!

We welcomed the new year - the new DECADE! - at home. Once again Nathan was working early the next morning, so no big party for us. Even though it was just us, we had got some decorations and set a nice table for dinner. 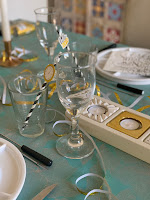 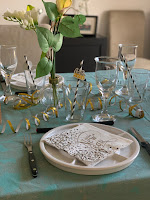 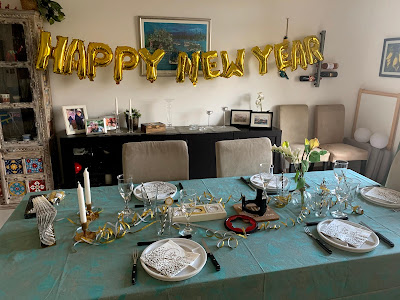 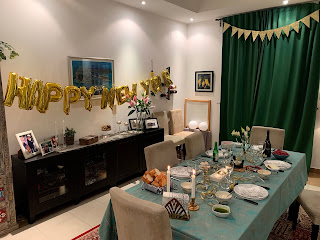 As per tradition we had fondue for dinner. It was actually Lucas who made sure a few days ahead that it was going to be the same New Years dinner as every year! Gotta love traditions! 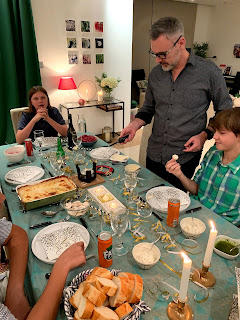 Lucas had invited his friend Yazan for dinner, he happily joined in cooking his own food, not being too bothered about the fire extinguisher next to the dinner table... well, better safe than sorry... 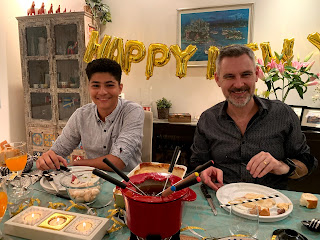 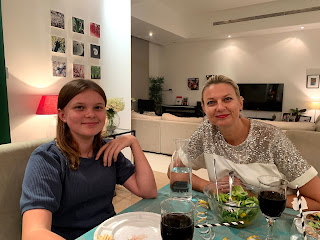 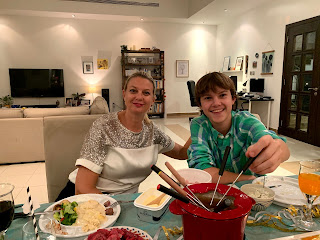 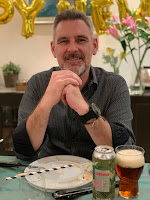 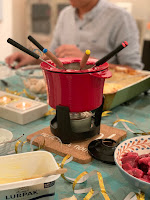 After dinner we tried to make time pass by playing some board games, 'Speak Out' is always fun! 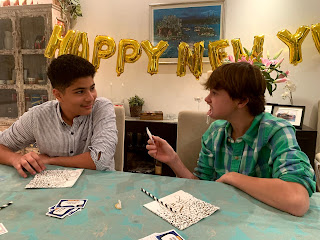 Nathan had an early wake-up call so he went to bed even before midnight. 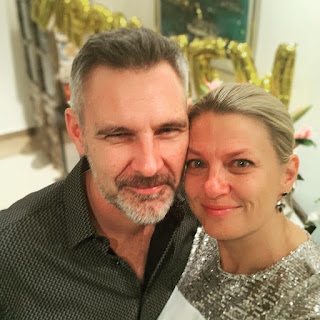 The rest of us celebrated midnight with jumping off the sofas (into the new year) and some 'julmust'. We tried to get a glimpse of the fireworks from Yas Island, but referred back to fireworks from the Burj Khalifa on the TV instead. 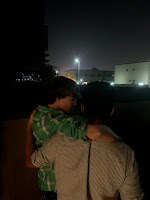 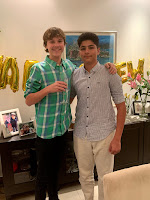 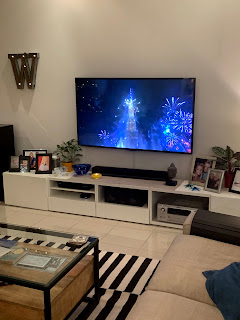 Then it was time for the festive cake Yazan had brought for dessert. As delicious as it was pretty. 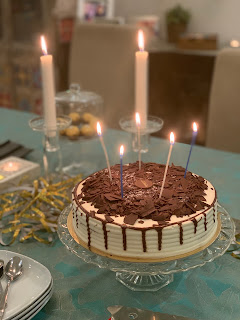 We wish everyone an awesome 2020! Love and light! 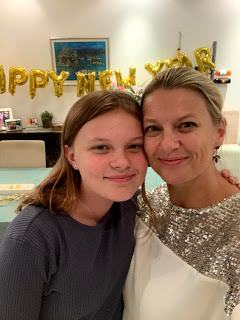