Last week and this week I've had the opportunity to shadow two of my colleagues at the Louvre Abu Dhabi, to see their tours and learn from them but also give some feedback.
Last week it was my friend Kathleen who gave her tour in English, to a group of us Tour Guides. She is Belgian so of course she stopped in front of some of the objects from her home country, like this tapestry from 1520. 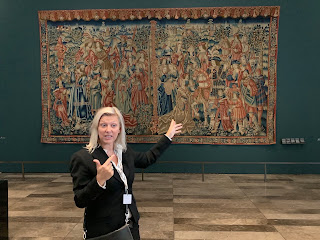 I was the only other LAD guide in the group, so after we had all had lunch after the tour, Kathleen and exchanged knowledge, ideas and viewpoints. It's so so good to be able to learn from each other in this way. Every time I follow someone else's tour I learn something new!
Kathleen for example talked about this painting of the 'Good Samaritan' by Jacob Jordaens, an artwork I don't really talk about myself: 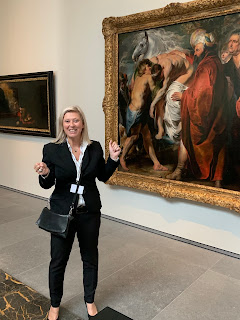 This week another friend, Termy, had actually asked for us two to come and listen through her tour,  as Kathleen and I both speak French. She also stopped at a few different pieces I normally don't use in my tour, plus she had a really interesting approach to the narrative in some galleries, which I really liked. 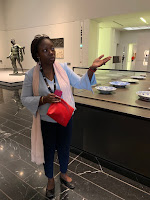 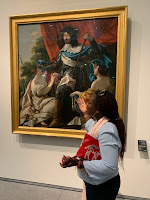 I hope I get the chance after the summer do give a tour to some of my colleagues, will sure need some more practice by then before the season starts again.
And after seeing Kathleen looking so sharp in her suit on her tour, I managed to find myself a sleek, white blazer (something I've been after for a while), which I could inaugurate the other day in the galleries. Even though it's hot out there at the moment, it's always 21 degrees inside the LAD! 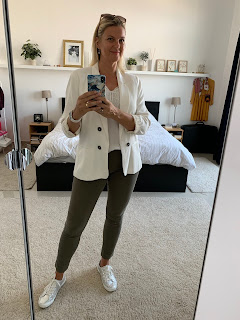