The Year of the Dog

A few weeks back I met another one of our neighbours at a Thermomix event at Karins house. Lisa, the neighbour, was there because she was curious about the Thermomix and wondered if it would be helpful for the big Chinese New Year party she was about to host. One thing led to another in our conversation and all of a sudden we all were invited to her party too!

I got so excited! I have really missed all the CNY celebrations and happenings since we left Brunei. I sure didn't get disappointed, our neighbour Lisa had gone ALL out both with decorations, yummy yummy food and entertainment. Such an awesome party!! 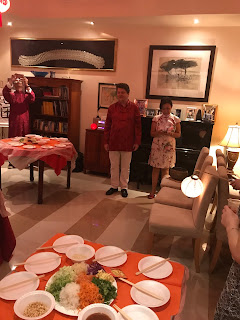 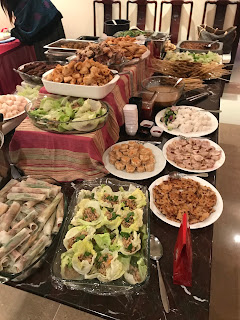 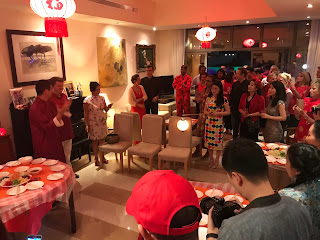 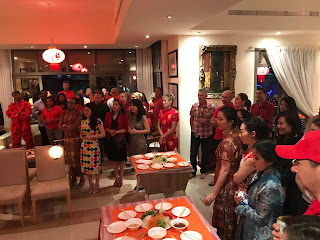 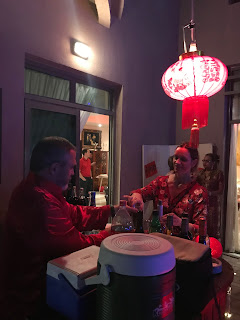 The kids (not ours though, they were back home) even had their own corner around the back, where they were watching Kung Fu Panda and Mulan: 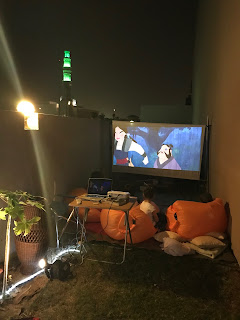 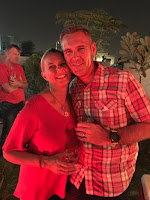 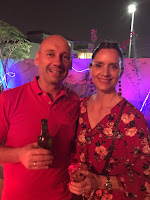 Karin and I in the little photo booth corner: 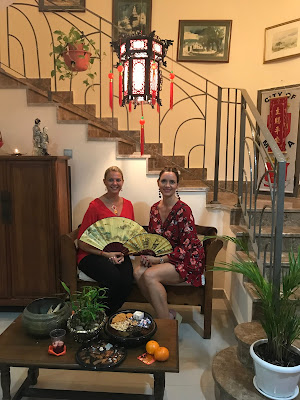 It had been a while since I did this back at the hash in Brunei, it was so nice to get to take part in this "ceremony" again: the Yusheng, or Lo Hei (Prosperity Toss). 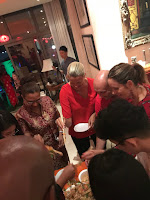 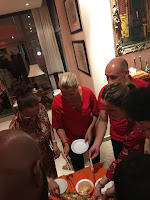 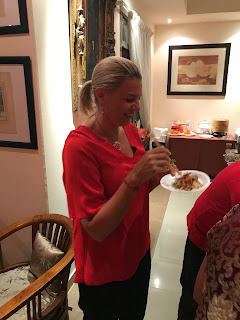 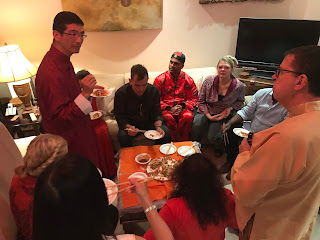 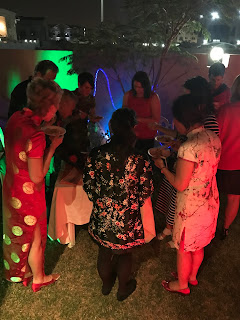 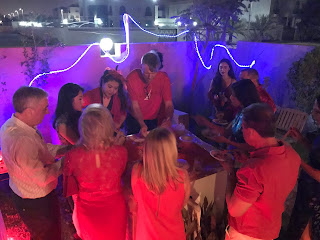 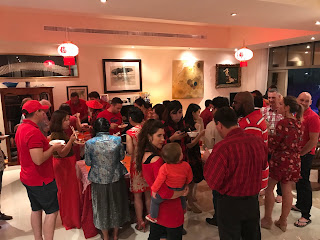 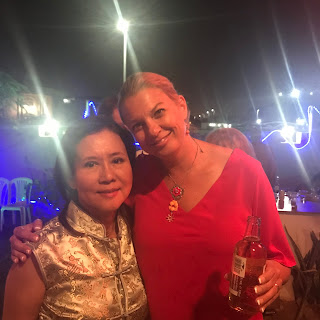 There was even entertainment, a fan/umbrella dance, a kung fu demo, and a fire thrower! 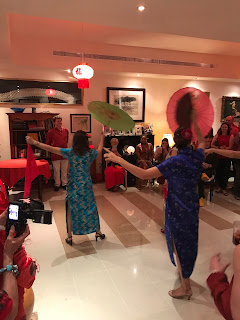 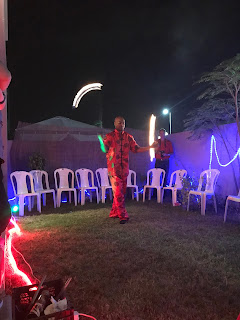 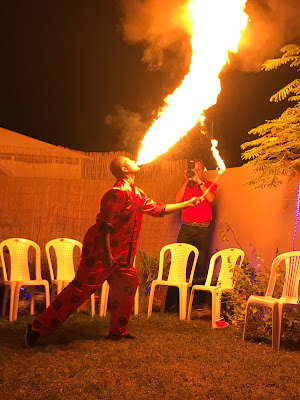 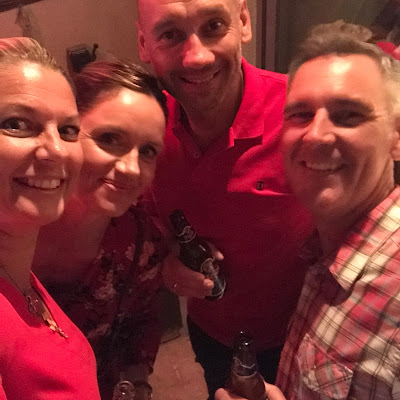