The World of Banksy

We stayed in the Dubai Mall area for lunch, but walked across the water to the Souk Al Bahar because Linda wanted to introduce me to the rather new Time Out Market. So glad she did! 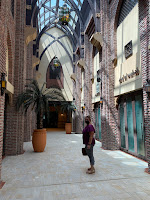 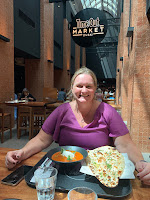 I wasn't familiar with this concept before, first emerging in Lisbon in 2014, and with many other outlets around the world, Dubai is one of the newest locations.
The Time Out Market is not your regular food court, but an elevated version of a food market - a collection of the very best restaurants in the city. I decided to have non-fish vegan tacos, from Little Erth: 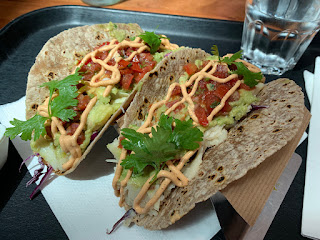 It was super yummy! I loved the cool vibe of the whole place as well! Would like to come back here in the evening sometime, or maybe sit out on the balcony next time, with a view to the fountains. 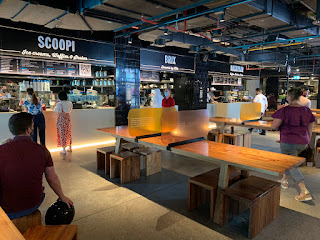 After lunch we headed to the next mall, Mall of the Emirates: 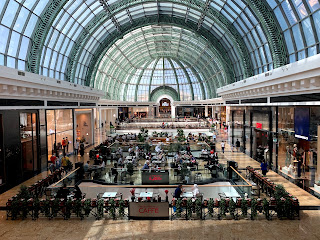 It was time for the second exhibition of the day - The World of Banksy. British artist Banksy is considered one of the main representatives of contemporary street art in the world, even though he is anonymous, with very little being known about him. 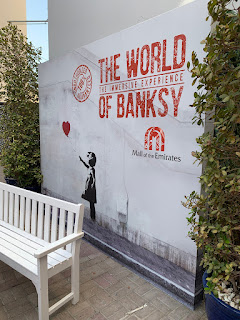 This is the biggest Banksy exhibition in the world, and it's the first time it has come to the UAE. It shows about 120 of his most inspirational pieces. Here one of the most recognisable motifs, Girl with Balloon, first created in London 2002: 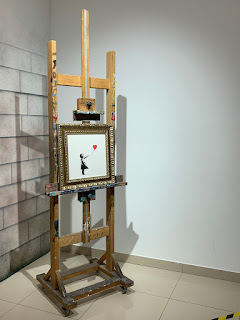 We got to see murals, graffities, pieces from private collectors, video installations, canvases and more. In a very Banksy-esque fashion, this exhibition is apparently unauthorized, with no blessing from the artist himself! 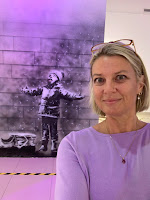 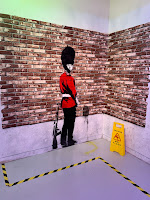 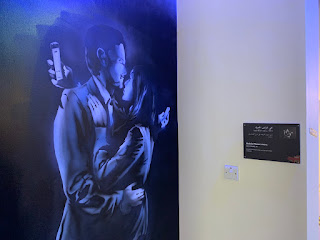 I enjoyed these remixes of canonical works of art, like his take on the Napoleon Crossing the Alps, which appeared originally in Paris 2018, taking an aim at the French government: 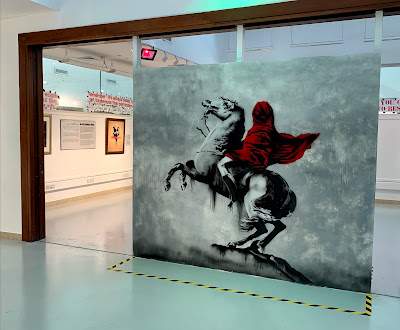 ...and the Show me the Monet, from 2005, one of his most iconic paintings. This repainting tackles the issues of our time, such as the disregard for the environment in favour of consumerism, delivered with a tongue-in-cheek pun of a title. This original sold at auction last year, for £7.5 million. 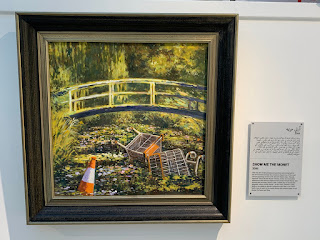 A very cool exhibition, although wasn't a fan of the exhibition space. I found that some of these murals and artworks were easier to appreciate than others, due to how they were curated and placed. Some I felt, would've come more to their right, in a different setting.
Still - one not to miss!
Posted by MrsW at 22:58