Another thing I have had on my list of things to see and do for a while, was the Pilane Sculpture Park, and considering it's an outdoor attraction, it would be a Corona-safe thing to do this summer. 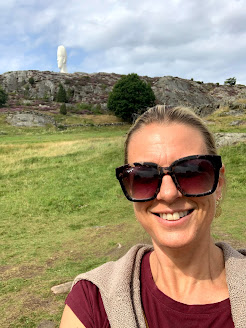 This sculpture park is situated at Tjörn Island, about an hour north of central Göteborg. Each summer there is a new sculpture exhibition here. You can walk around as you please, or follow the signposts which will guide you along the trails in a big loop, passing the dozen or so big sculptures scattered throughout. Here are photos of a few of them. 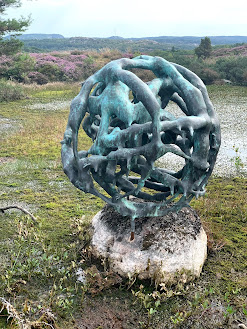 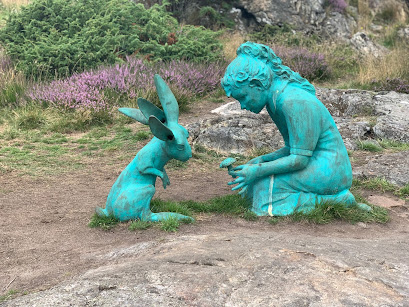 From the hills you have a great view of the Bohuslän archipelago and the sea. Here we were making our way up to the next artwork by Per Svensson - Talking point: 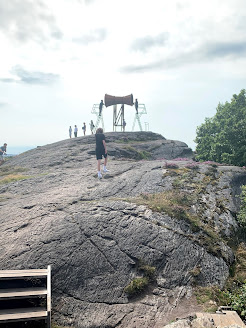 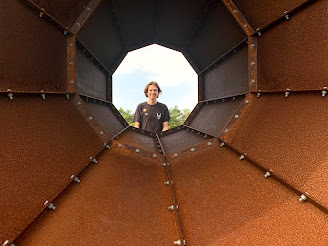 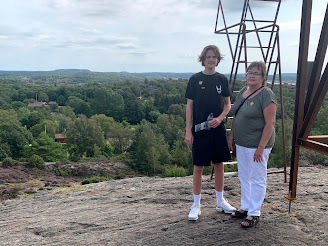 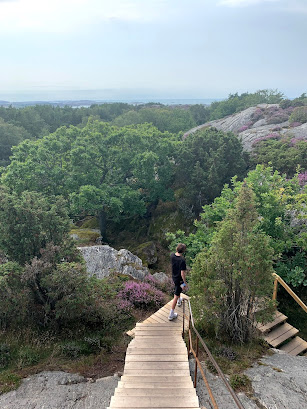 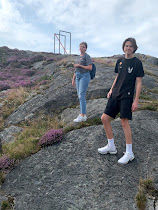 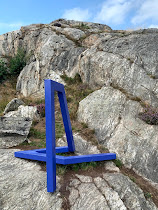 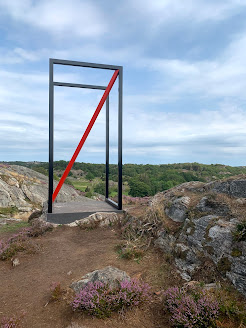 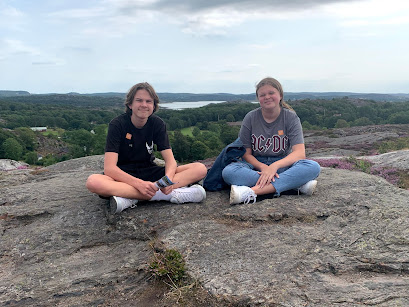 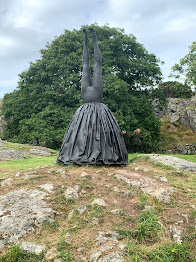 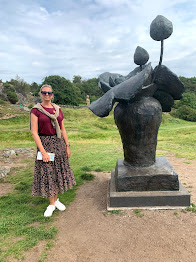 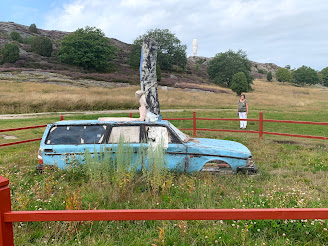 The large white head is called "Anna" and is by Spanish artist Jaume Plensa. This monumental sculpture is a permanent feature of the sculpture park; it is a favourite for many, probably because of its sheer size and its position on the highest point of the park. It and has become a landmark for the whole west coast. 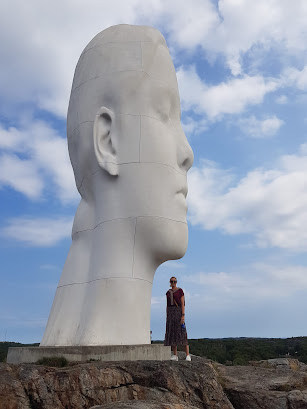 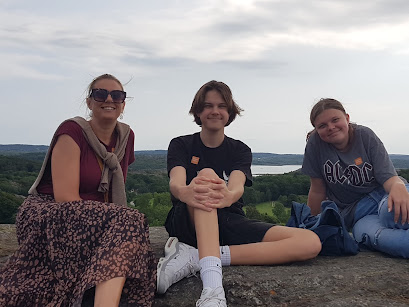 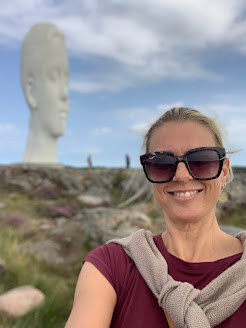 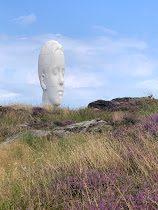 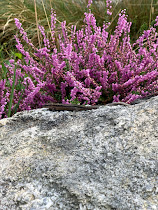 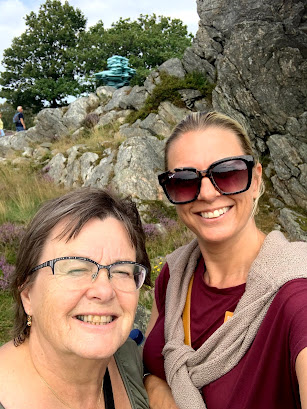 The walking trail also took us through some of the ancient grounds, for which Tjörn island is so famous. This settlement site is Iron Age, from about 2500 years ago, and consists of approximately 90 ancient monuments, including stone circles, burial mounds and more. 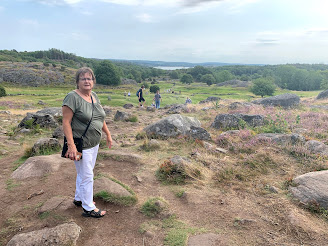 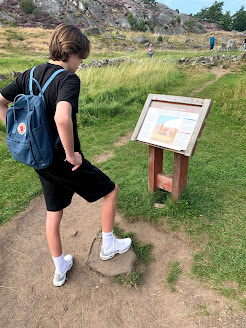 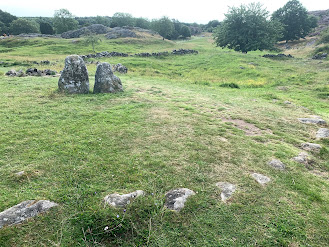