Coming to the end of our stay it was time to get our PCR-tests sorted before our return trip, and I had picked out of the clinics in Göteborg, which had easy parking nearby. I googled a bit about the area where the clinic was located before we went, as I knew there was supposed to be a café there with some world record cinnamon buns that I wanted to try.
So after we had done the tests we took a walk through Haga, a very cosy part of Göteborg. 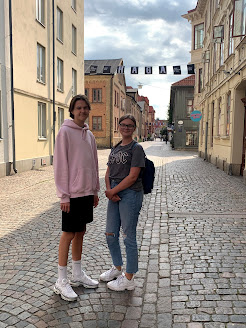 We found the 'Husaren' café, which boasts of "The Worlds Largest Cinnamon Buns", so of course we had to try one. Look at this monster! 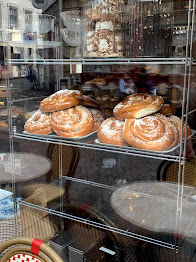 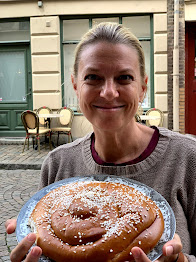 They also had enormous cookies of all kinds. So we tried a cinnamon bun and a giant caramel cookie, for the wow factor and to be able to tick off "the worlds largest...". But I must say the cinnamon bun was just ok, and the cookie was really disappointing. 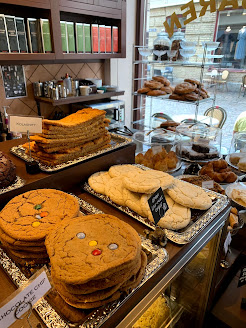 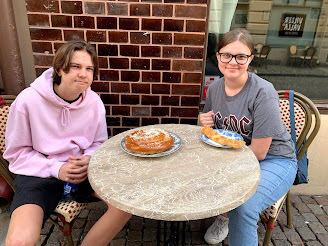 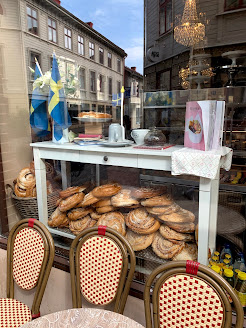 At least it fed all four of us easily, so with full bellies and new energy, we were ready to take on the afternoon activity - the sculpture park in Pilane (next post)!
Posted by MrsW at 19:35