While I was in Horsham, Lucas was having a great time at his camp. They certainly had a full program and had time for so much in only a couple of days. 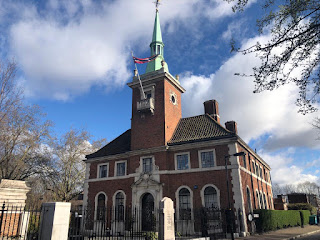 All the kids stayed at the church, there were 48 kids and 12 leaders. Not only the Dubai group obviously, they were only six in their group; but also kids from Saudi Arabia, Hong Kong, Singapore and Spain. Most of them Norwegian, so they communicated mostly in English.

On the Friday they went for a bit of sightseeing in central London. They visited the Sky Garden and Madame Tussauds, had lunch in town and in the afternoon they went to Westminster Abbey to take part in the Evening Prayer. 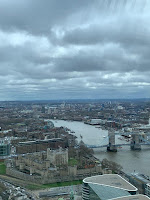 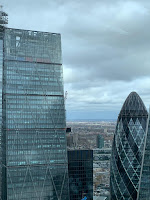 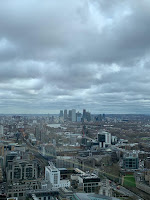 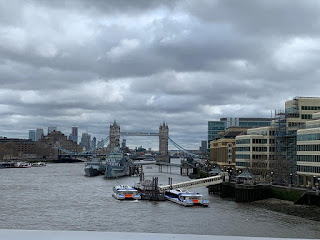 Lucas and Shrek, at Madame Tussauds: 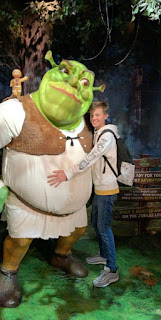 On the Saturday they had all been playing a big game, the Amazing Race, and in the afternoon they all went to the Queens Theatre together, to see 'Les Misérables'. (Somewhere in between there, Lucas also had time to shop a pair of shoes...)

When we came to get them on Sunday morning (Lucas' friend Adrian was also participating, so we returned on the same flight as him and Annica), we found them in the midst of a morning dance: 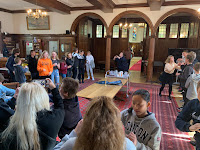 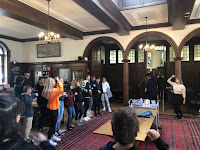 We had to leave a bit early unfortunately, to be able to catch our flight back. I was surprised Lucas had managed to pack his bag (it was a bit cramped already on the way there, as we only traveled with hand luggage) and was all ready to go when I got there - "I tried to remember how you do it Mum"!

I also got very proud hearing all the praise from the leaders as we said thank you and goodbye. That's our boy!
He himself was very content and happy, he had made new friends, explored London and really had a fantastic weekend. I'm so glad we decided to send him.
Next up now is the confirmation in April!
Posted by MrsW at 19:12