My Mum thought she was working all weekend, little did she know that I had organized (with the help of my cousin) so that she would have the days off while I was there. He he he!
I had also invited the whole family and a few friends to come and celebrate her on the Sunday afternoon. She got just a little bit surprised when car after car pulled up..! 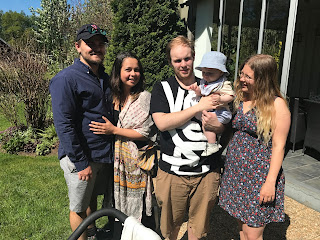 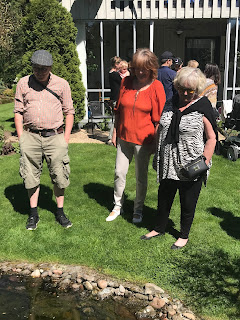 There was no preparations needed, I had (well, my cousin Emma again...) ordered a couple of huge cakes. A traditional Swedish 'smörgåstårta' (=sandwichcake), and a 'Prinsesstårta'. 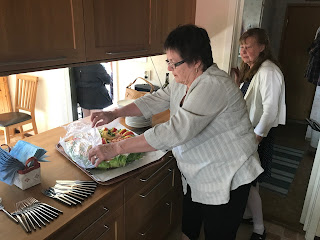 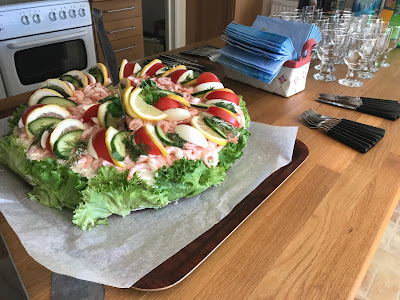 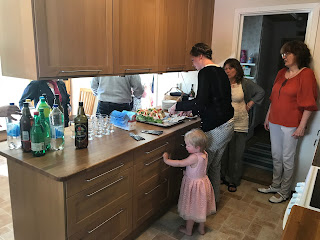 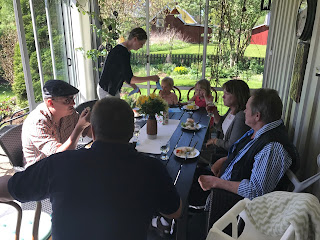 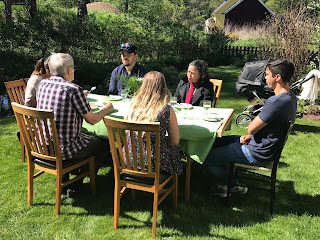 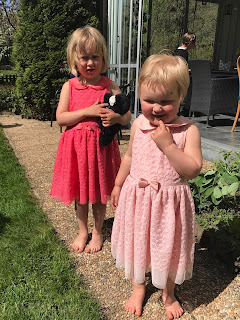 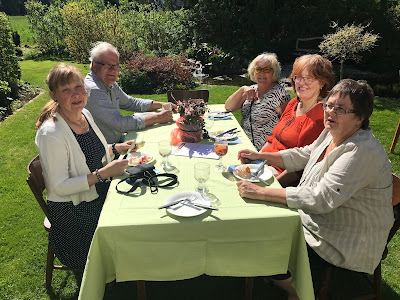 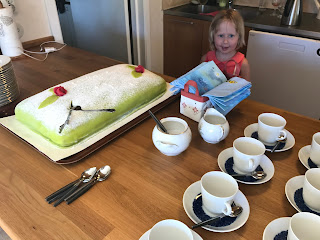 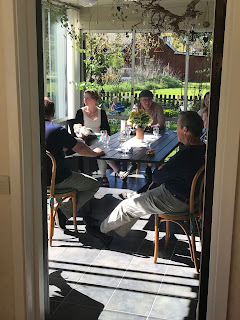 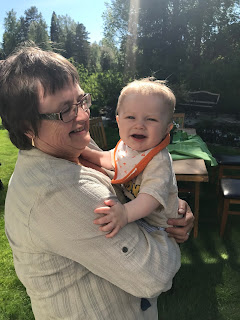 We were so lucky that the good weather had finally turned up, so that we could sit outside. So nice with a proper garden party! 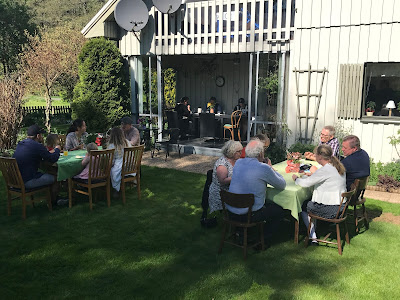 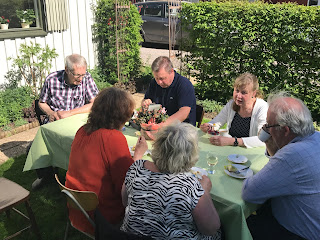 I had to take a selfie to prove that I was there too! 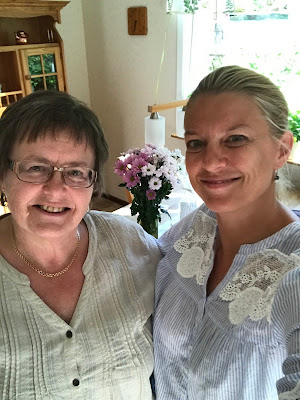