The best thing with this dolphin "hunting" has been to see all these different areas of Aberdeen that Nikki probably wouldn't have taken us to otherwise. Actually, we've been to many places and areas she even had never been to before either!

But while Nikki was at the hairdresser Wednesday morning, the kids and I set out on our own to find the ones in central Aberdeen. All within walking distance of each other.

Souvenir of Aberdeen. The artist was inspired by Aberdeen's occasional nickname "The Grey City". She has painted patterns that mirror the repeat patterns found of decorative concrete breeze blocks. 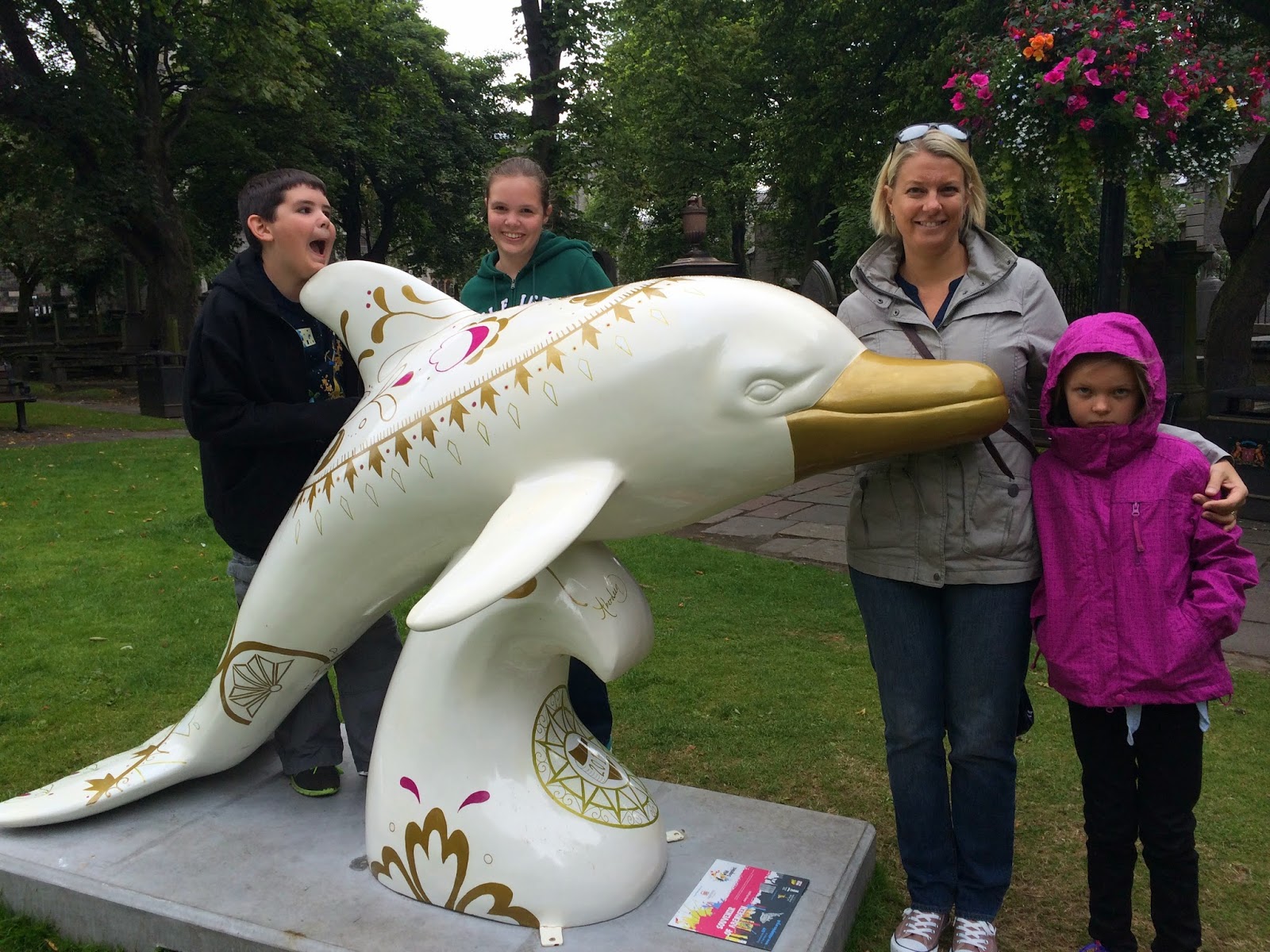 Diver Dolphin. Diver Dolphin is to recognize the hard work of the divers in the north east. This one was set in the Union Terrace Gardens, beautiful backdrop, even in the drizzling rain. 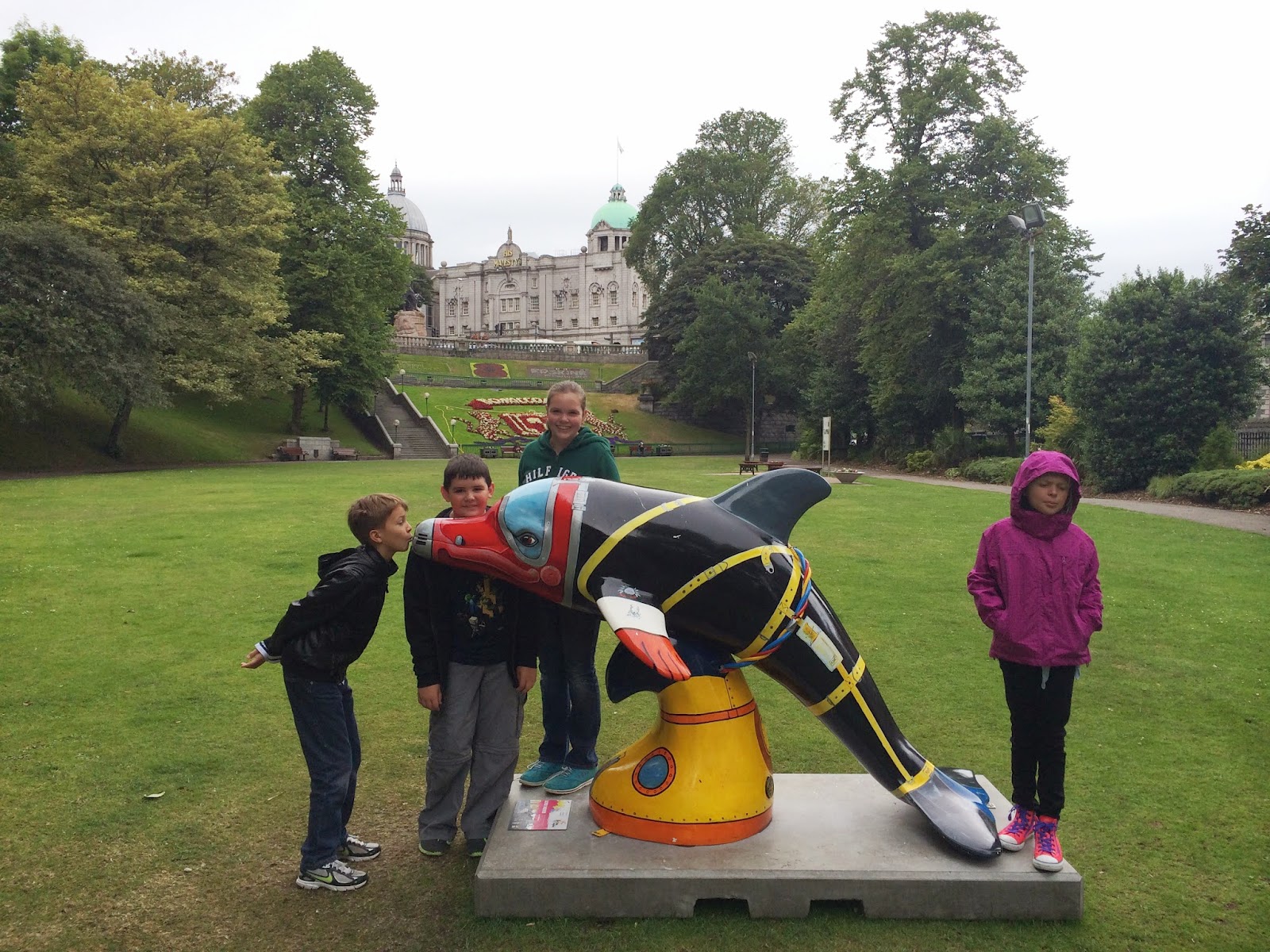 Lottie. This design gives us a glimpse into the Scottish underwater world that dolphins live in. Also in the Union Terrace Gardens. 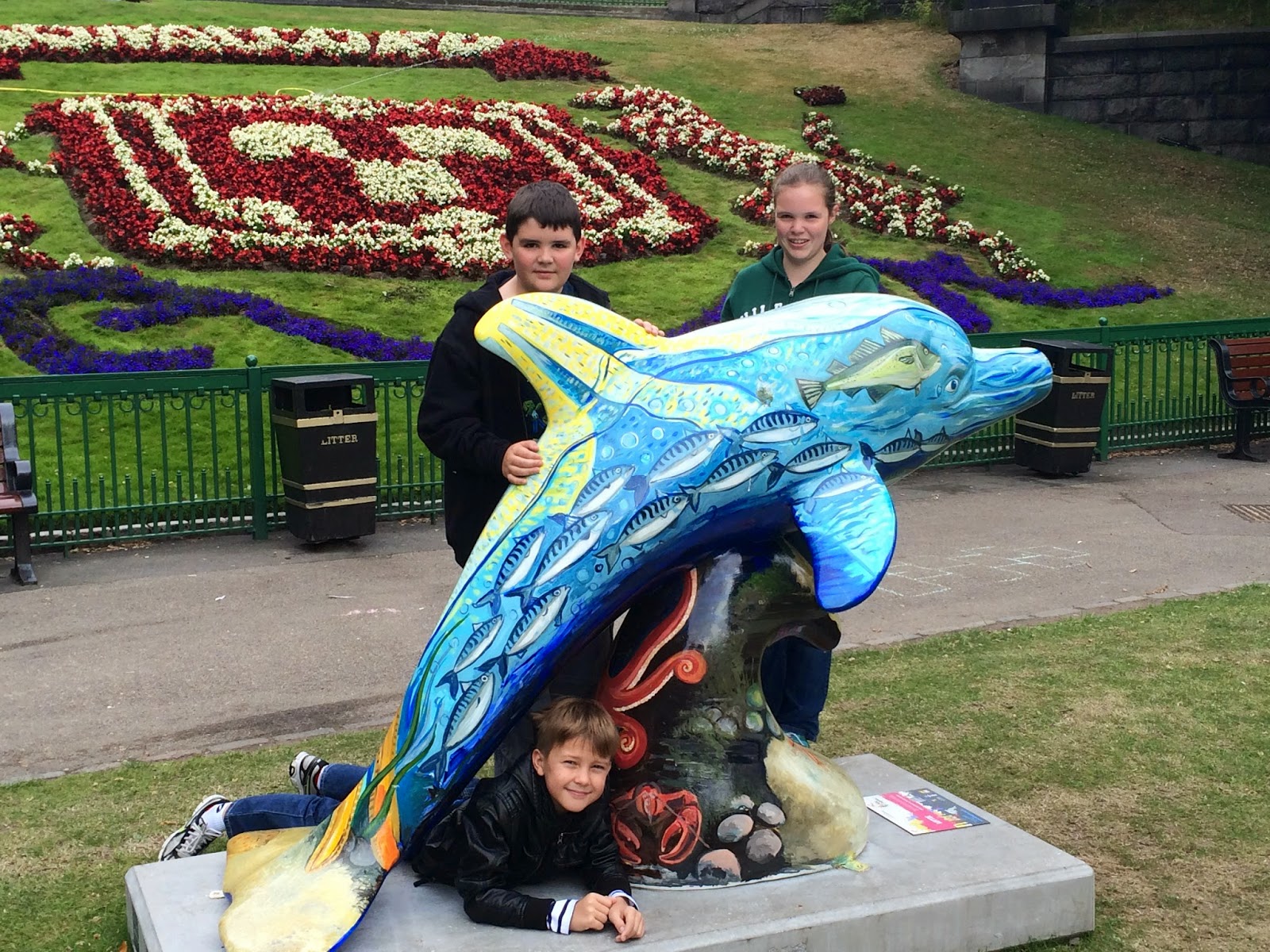 Phospho. Inspired by the beauty of the seas, often unseen and at night, a whole different world is visible. This one is made by one of Nikki's friends, and apparently it glows in the dark! 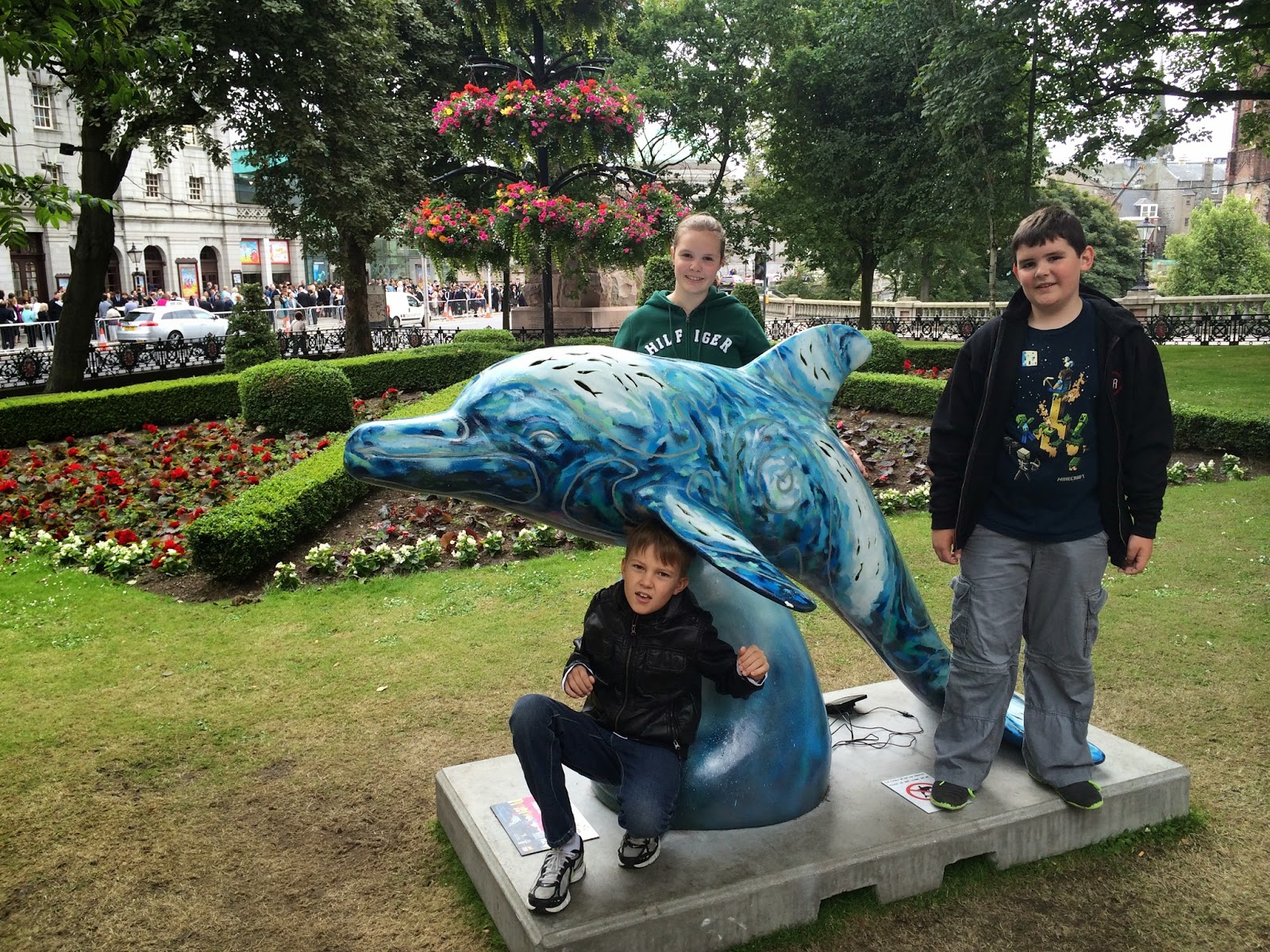 Bon Accord Beauty. Inspired by the heritage and reputation for beautiful summer floral displays on Aberdeen, the artist is showing some of the most iconic buildings of the city. 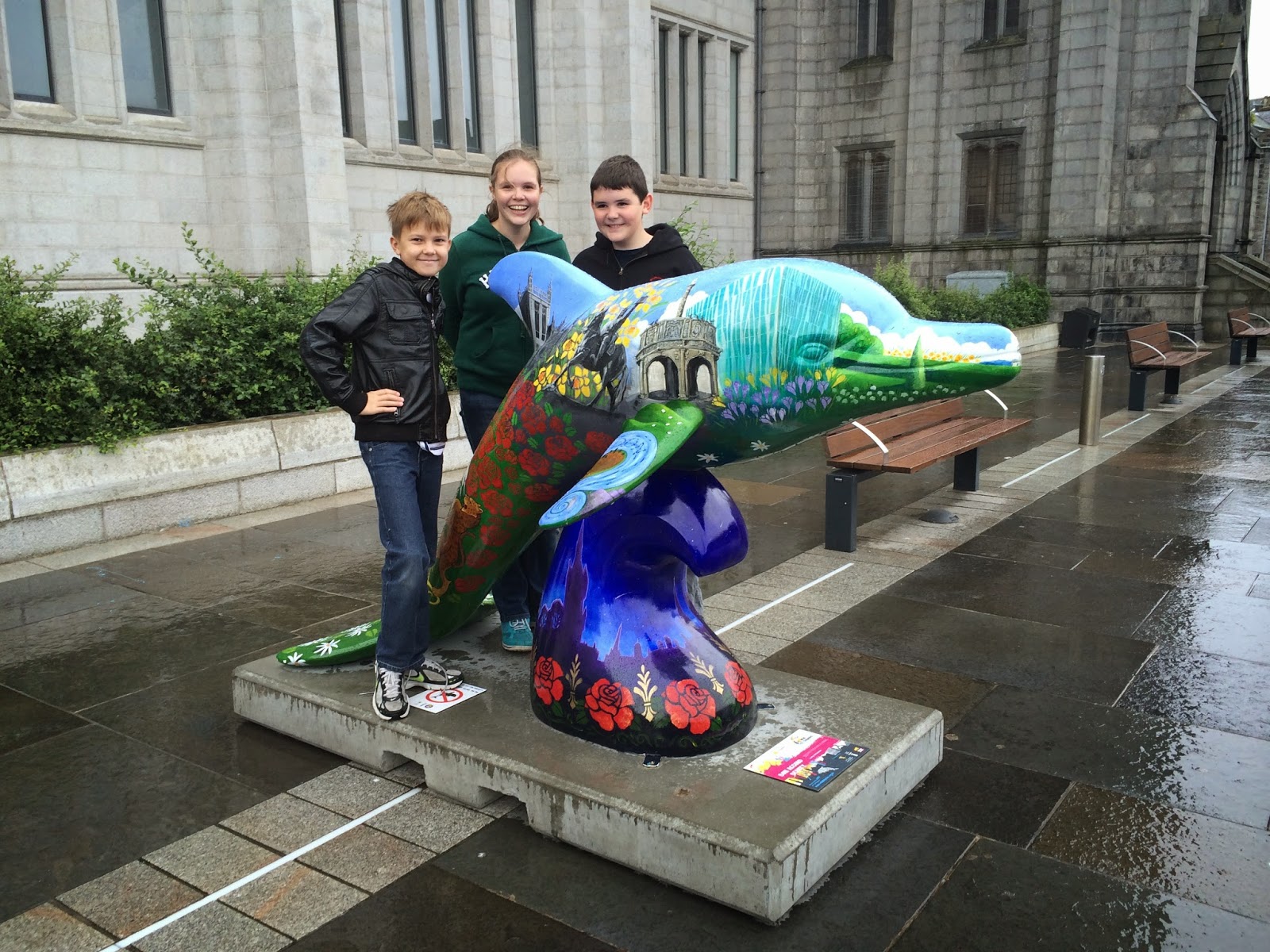 And then while the boys did their Warhammer Painting Class, us girls continued on our search, and we found a few more!

Don the Dolphin. Taking inspiration from the home team, Don the Dolphin is sporting the red and white strip and depictions of the clubs history as well as the current squad. Placed inside the shopping mall Union Square. 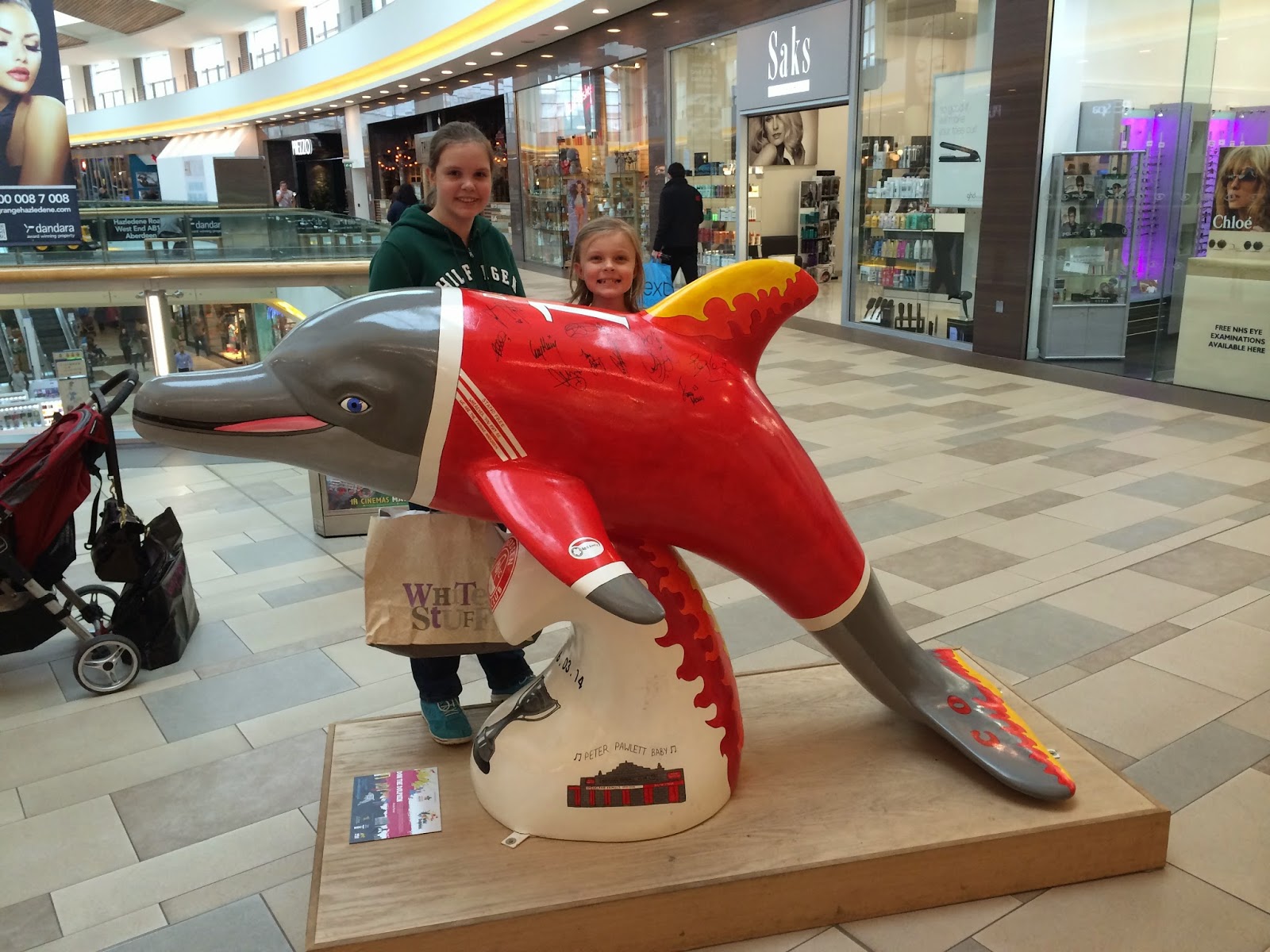 Sea Dog. Sea Dog celebrates both industry in Aberdeen and the natural form of dolphins. This one was placed indoors at the Maritime Museum. 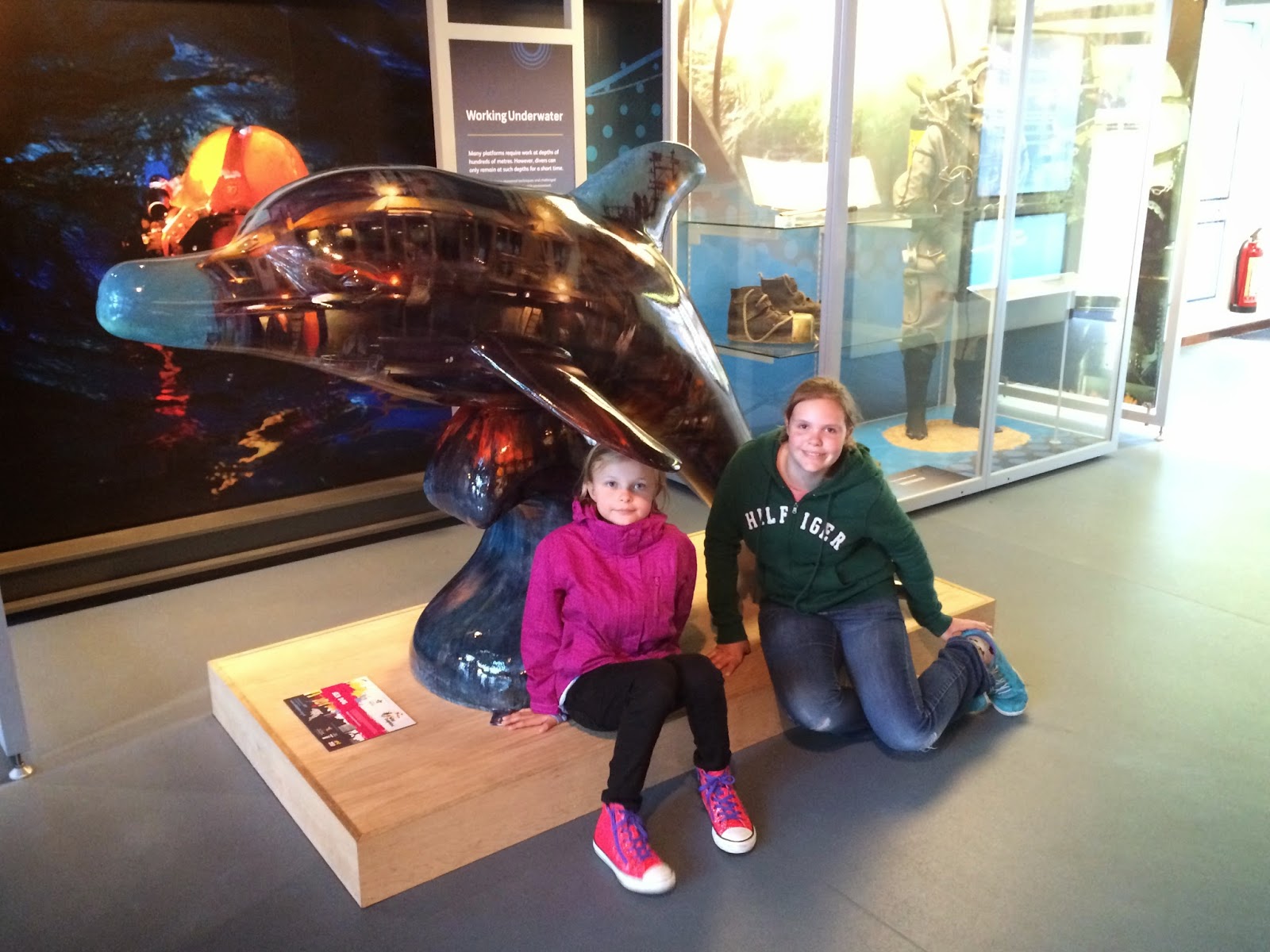 Spiderdolphin. "You know how I am... Your friendly neighborhood Spiderdolphin". (Ha ha!) Also in a beautiful setting, at Castlegate. 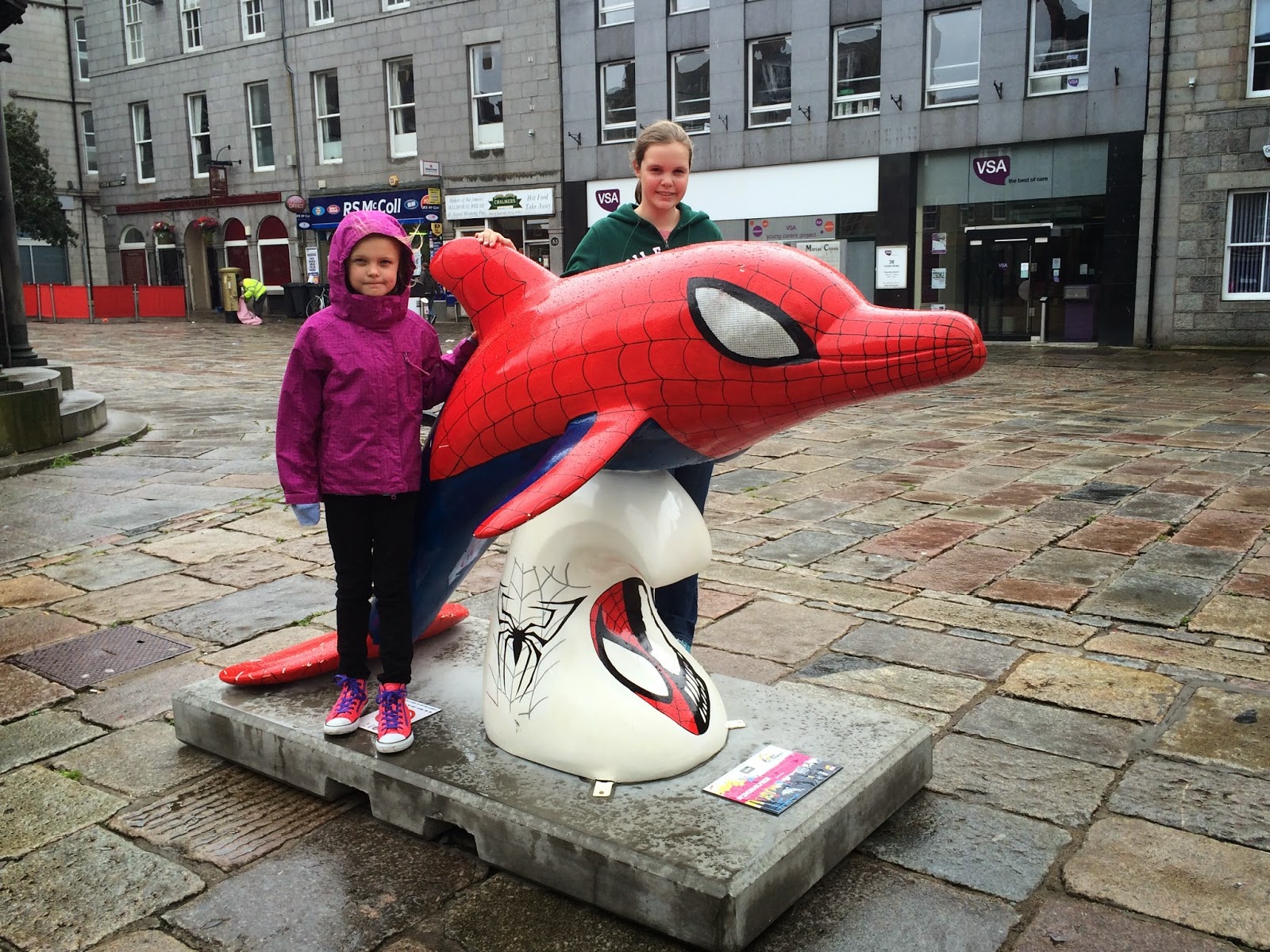 Dave the Dolphin. This granite statue theme was chosen to celebrate the architectural heritage of Aberdeen and it's most famous material. 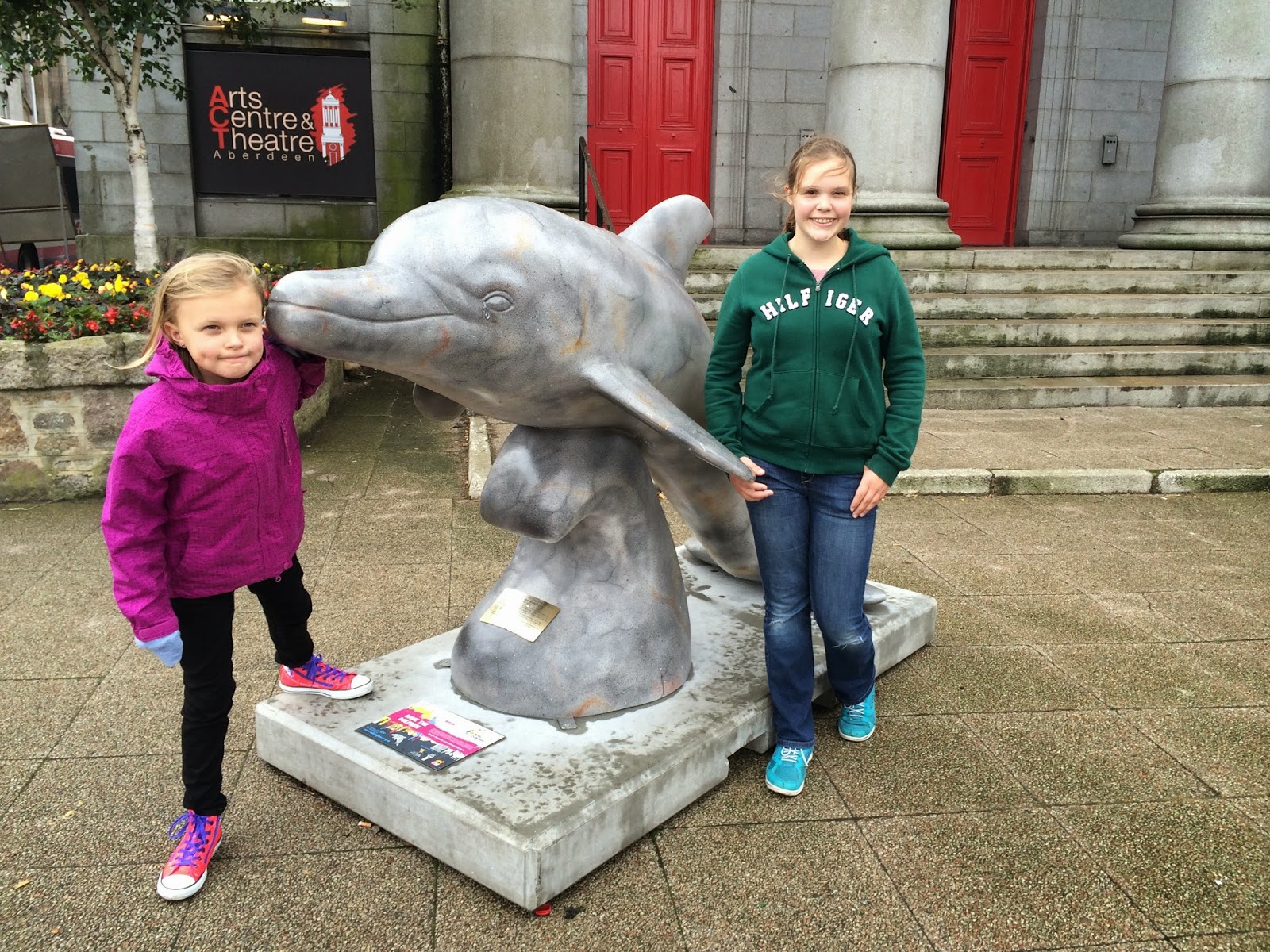 Dia del Delfin. Inspired by Dias de los Muertos, and the playful yet slightly sinister imagery that is associated with it. 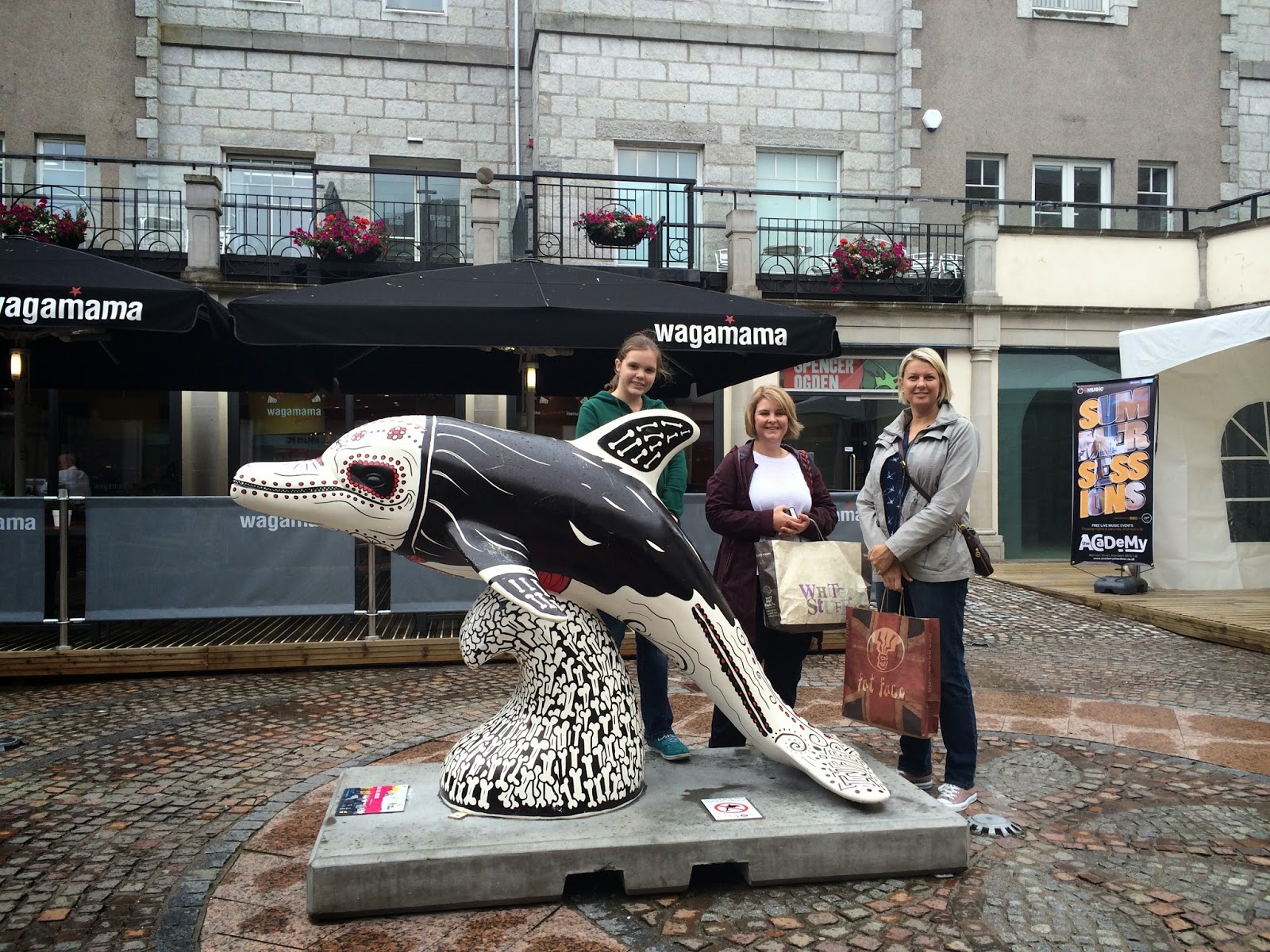 Poppy. Poppies are a symbol for remembrance, this year especially for the heroes of WW100. They are also regarded as lucky, just like dolphins. This dolphin we found at the Gordon Highlander Museum. 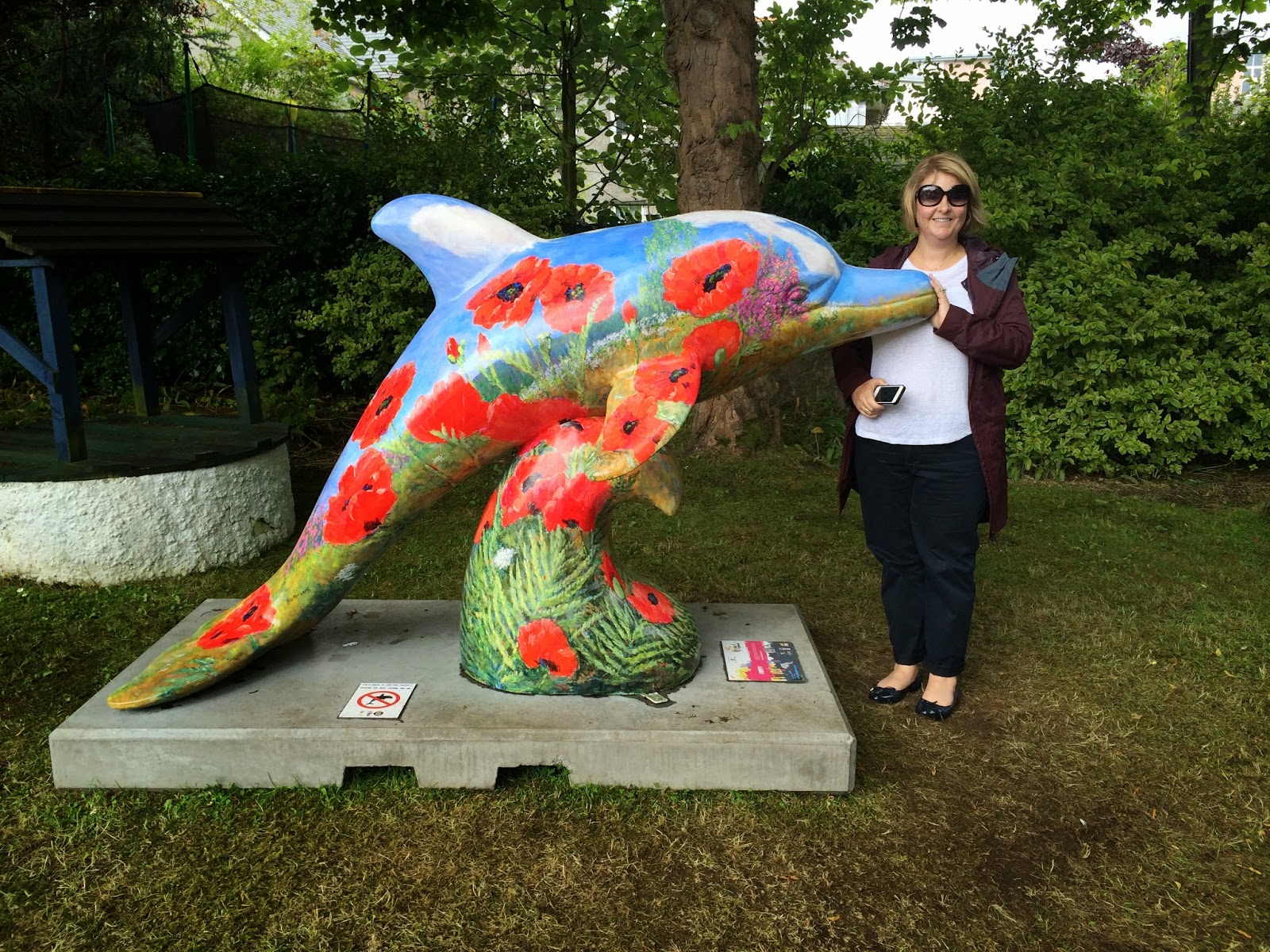 Funky D. The design was inspired by the artist's love of dragons, mythical creatures and magical colours. This dolphin was in the pretty Johnston Gardens, and I absolutely loved the colours on this one, one of my favourites. 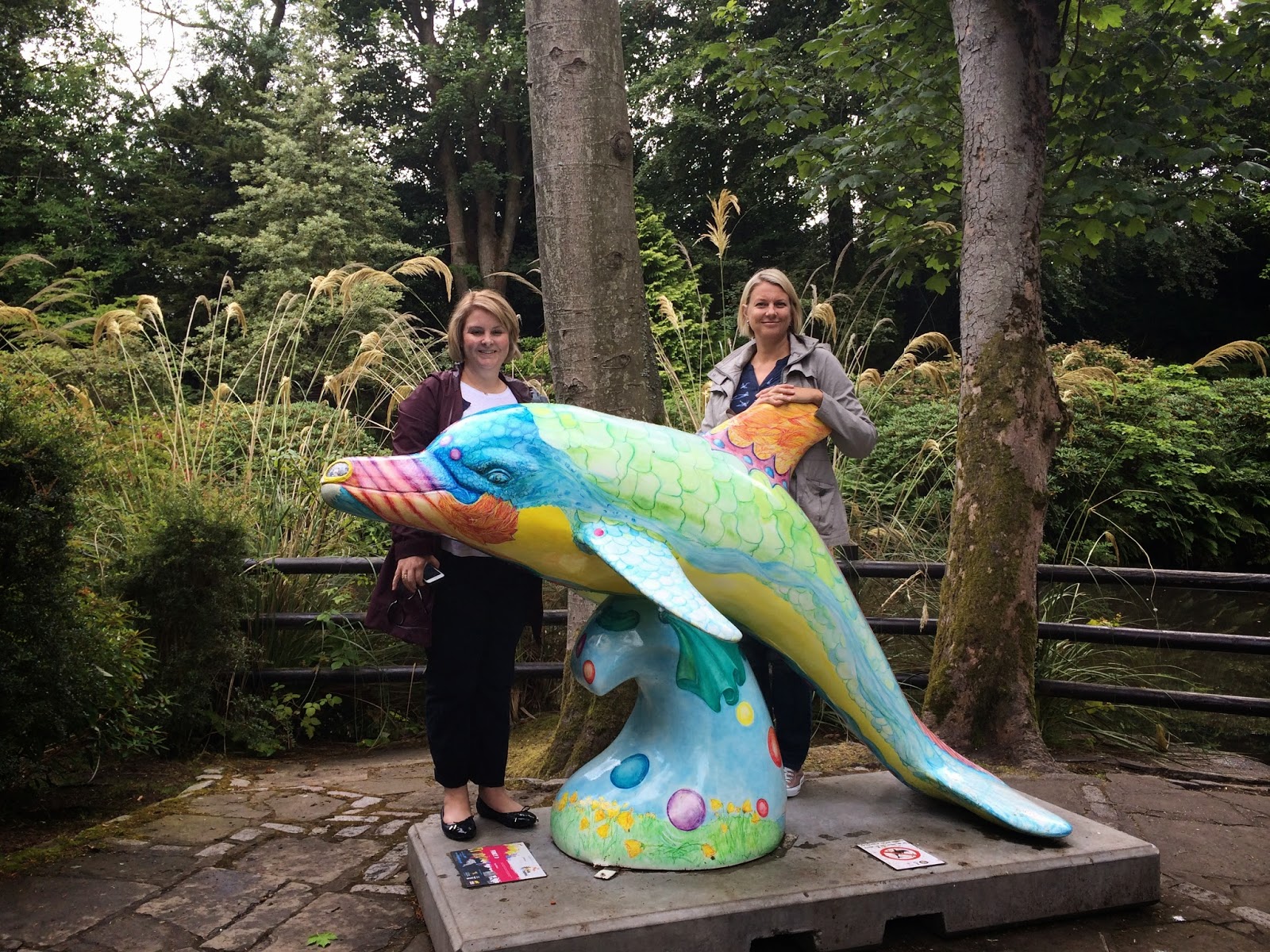 On another expedition, in and around Dunhie Park, we spotted three dolphins the other day when we were there for a play and a walk.

Inky Blooms. The artist of this dolphin is a tatto artist who loves bright colours in Oriental art, bold lotus flowers and cherry blossoms. Inky Blooms was designed with an aim to brighten up even the most rainy Aberdeen day! 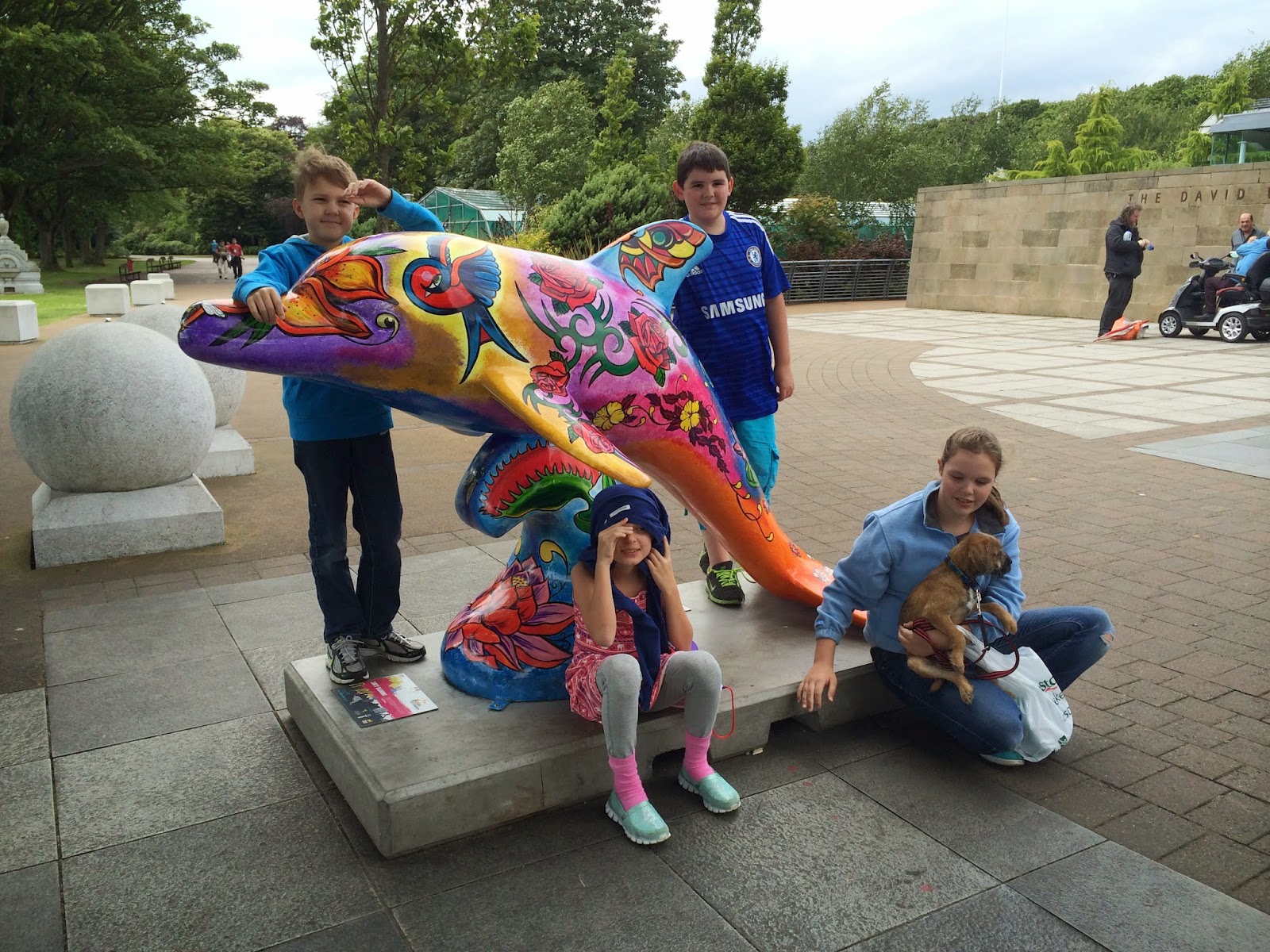 Krista. The artist was inspired by her sister-in-law who is a marine biologist and her real life photographs of the water movements and patterns flowing on the dolphin's skin whilst swimming in the water. 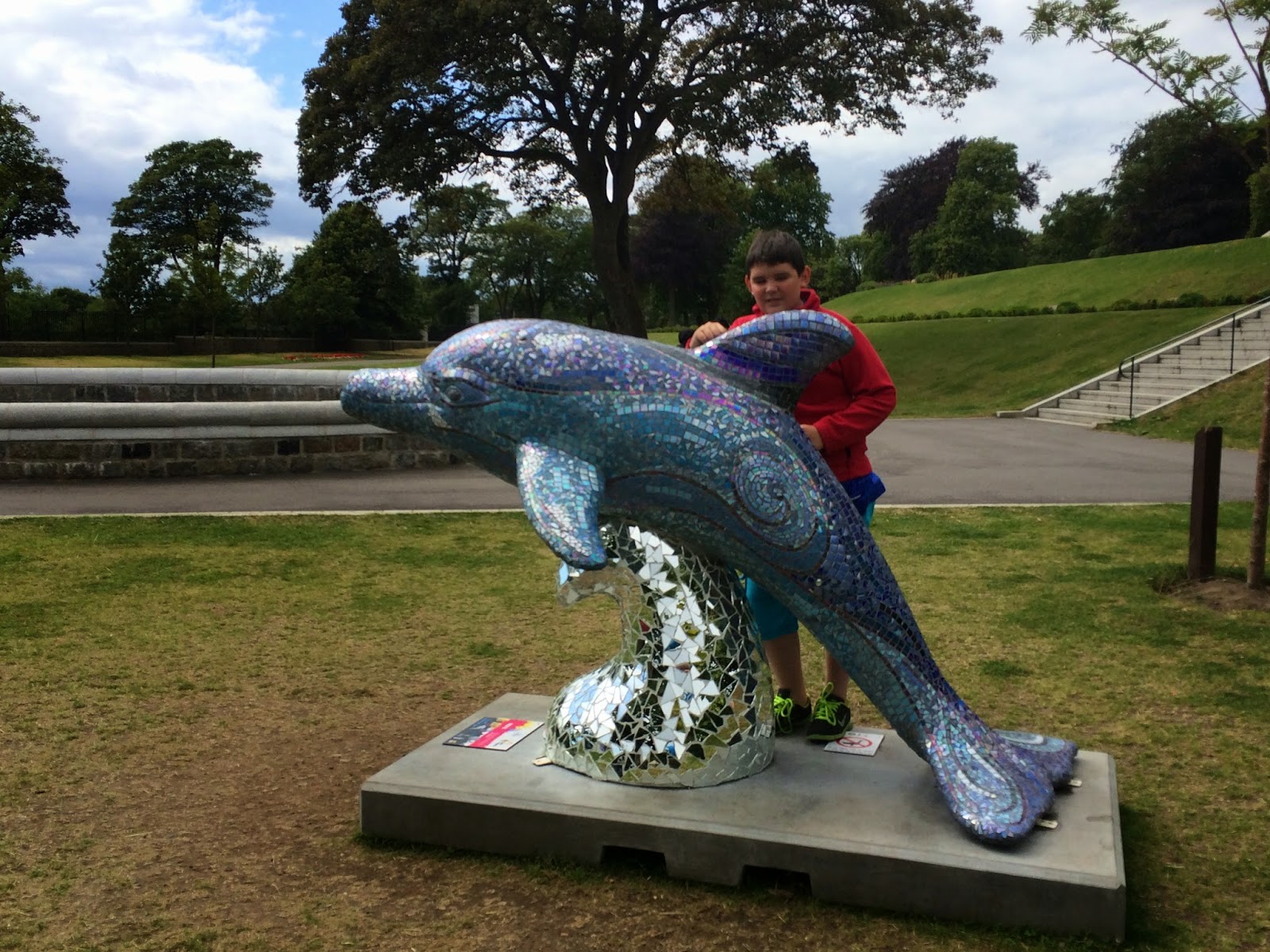 Yellow Dolphmarine. Aberdeen has been described as the UK's submarine capital with it's long tradition of submarine manufacture and development. 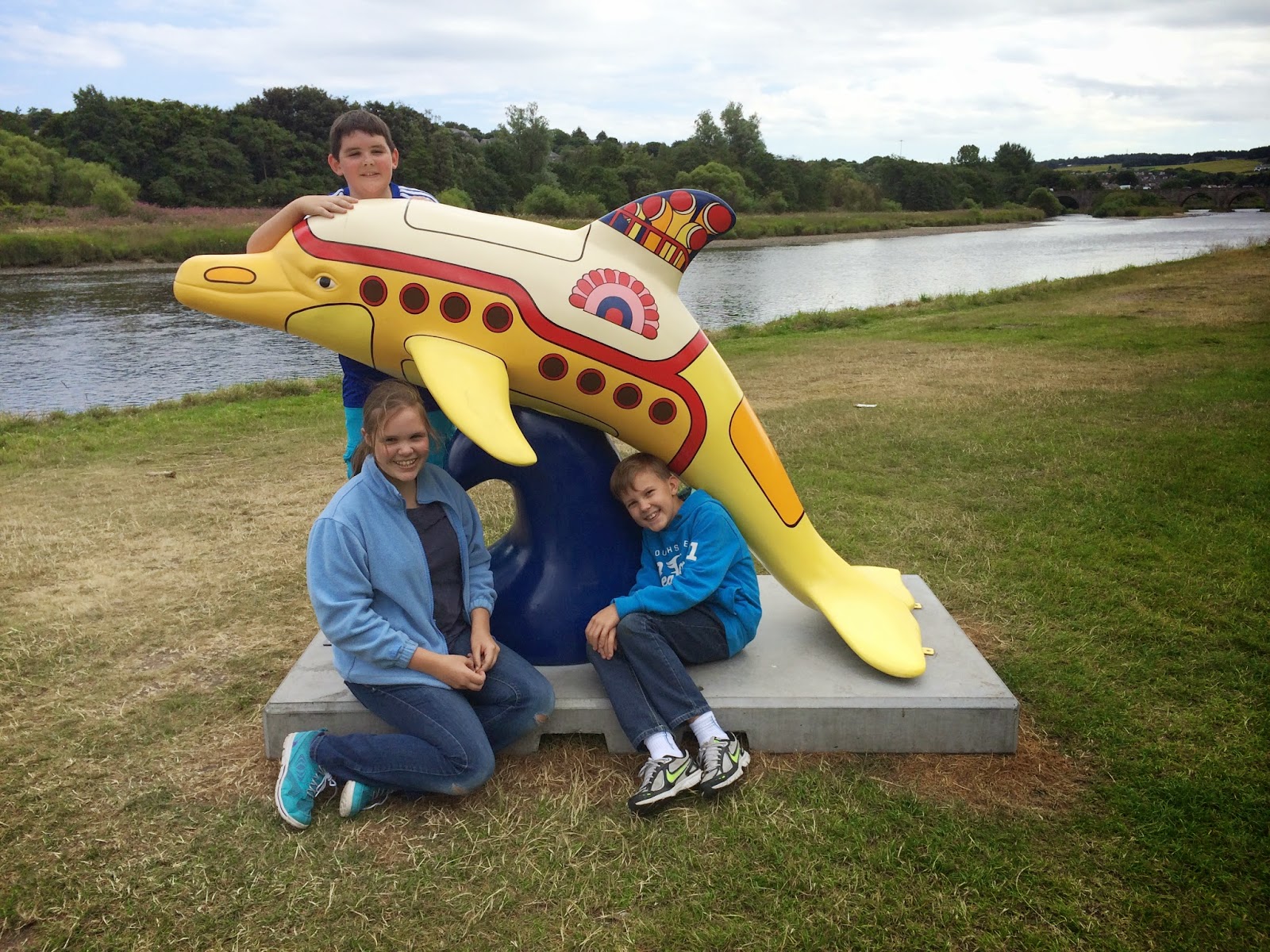 D-Rex. D-Rex was inspired by the rich history of the North Sea. It incorporates both current and prehistoric elements from the seas past. This one we snapped at Gordon's University, on our way home that same day. 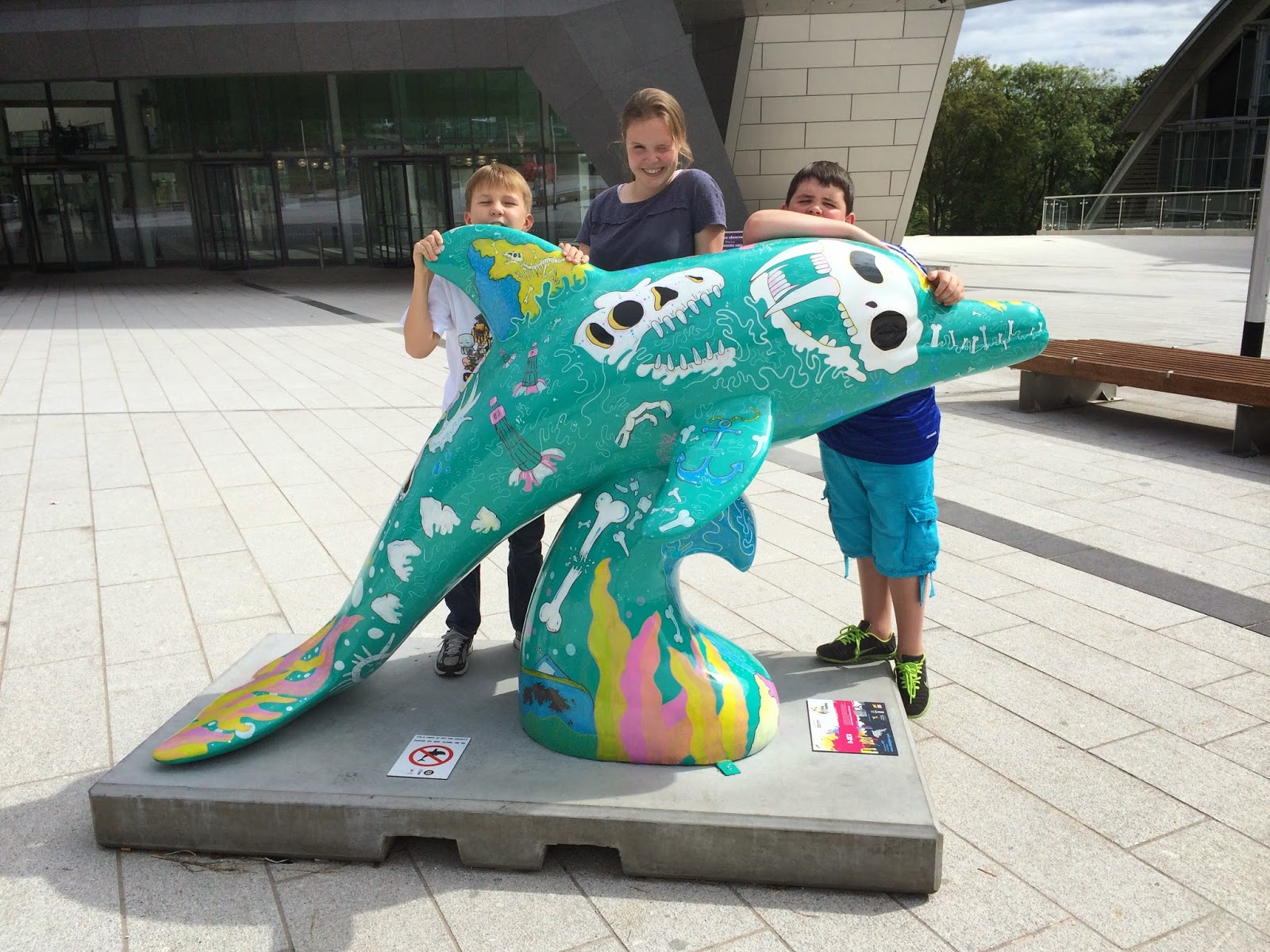