Cousin Liam is into Warhammer. Every Sunday he packs up his Dark Angels army and goes to the Game Shop in town to participate in a Warhammer 40k match. This Sunday he took Lucas along, and when we picked them up a couple of hours later, well, we had another Warhammer fan in the family..! 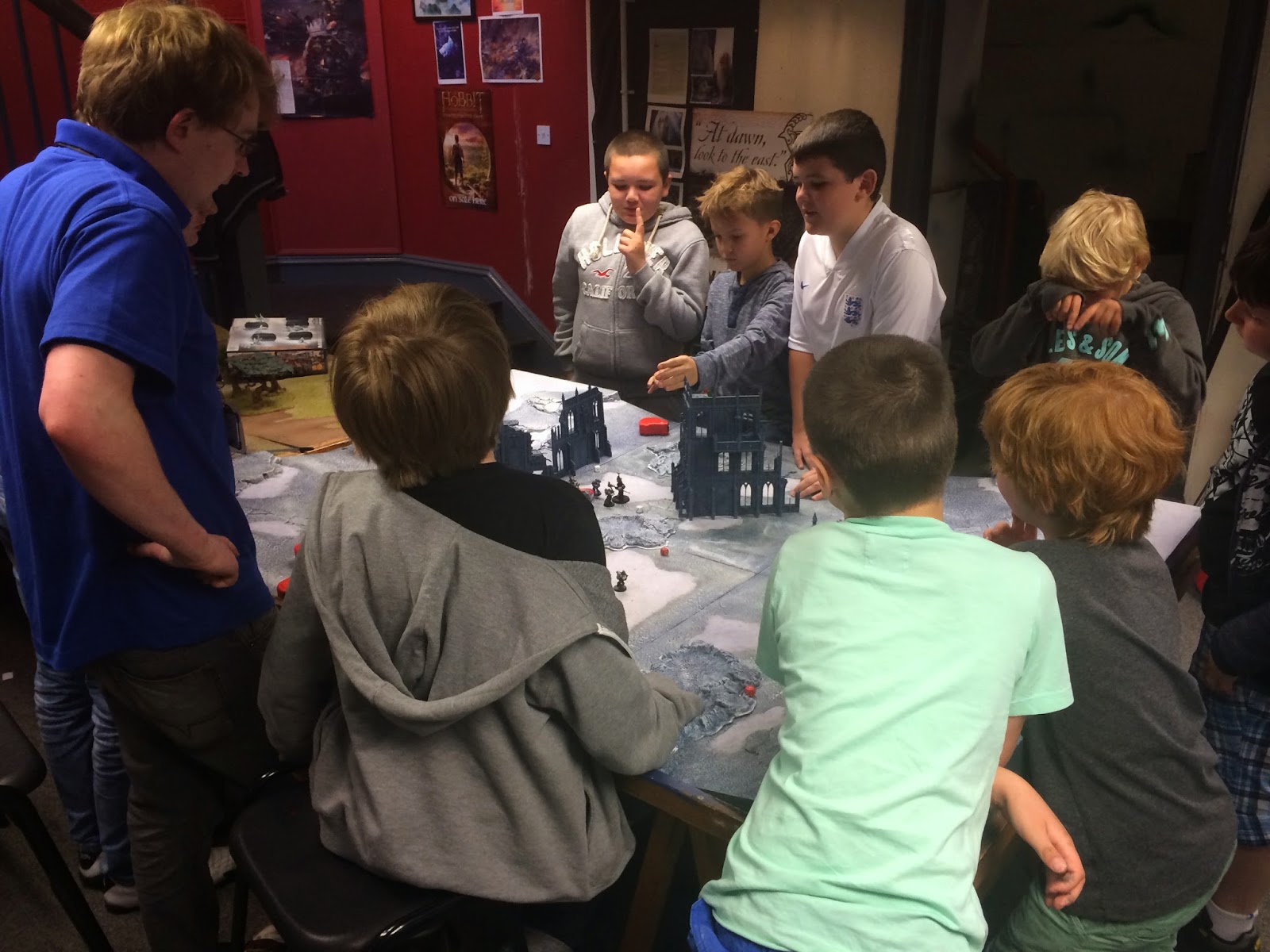 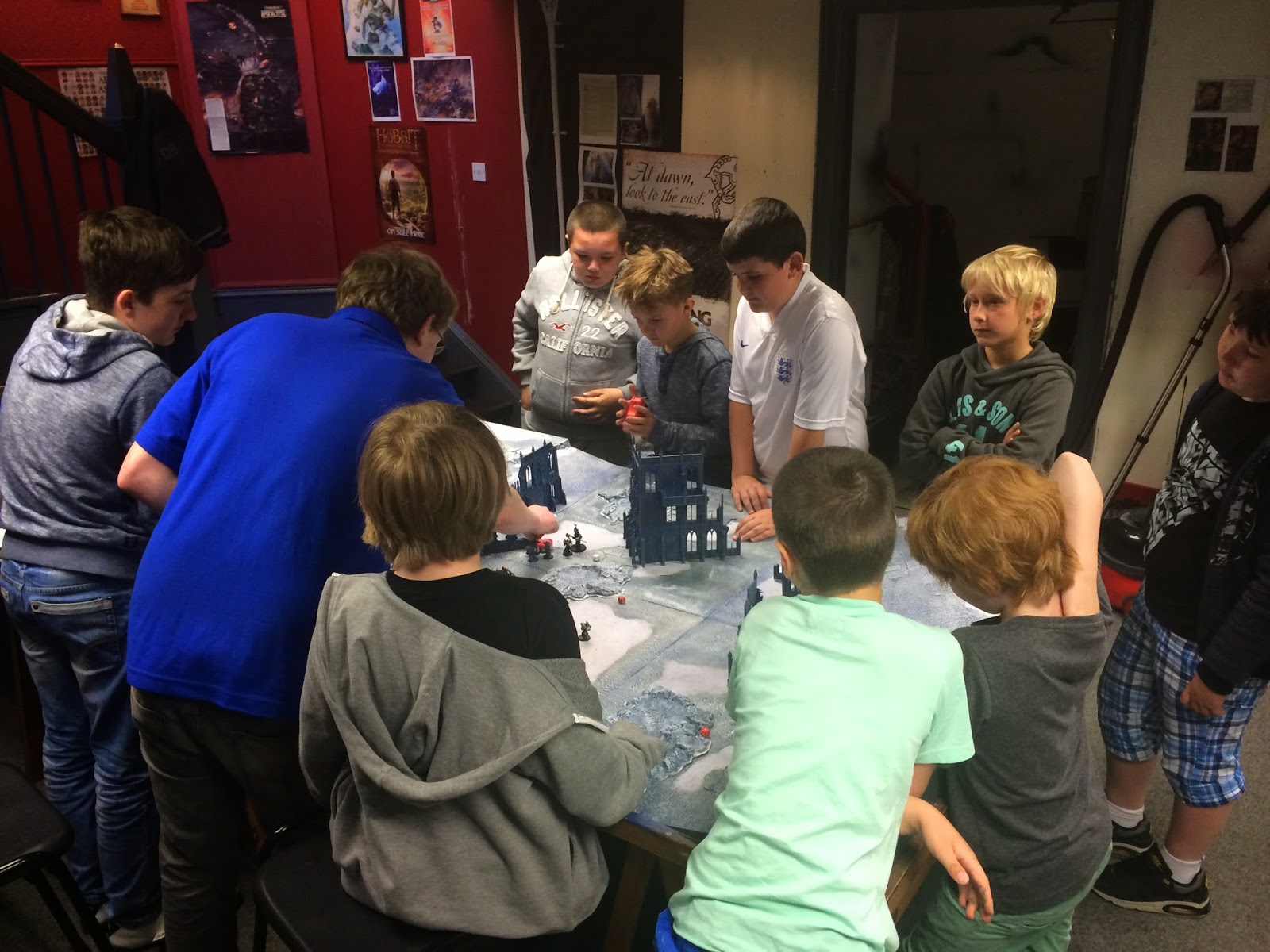 The first part of the gaming session they had got to work on their figurines, and Lucas had got one free of charge, that he had painted. Then they played, but unfortunately their team lost the match by three points this specific day.

Lucas absolutely loved it, and of course we had to make some purchases after the game. He apparently had chosen to be Space Wolves, so we bought him a wolf pack that he could work on. 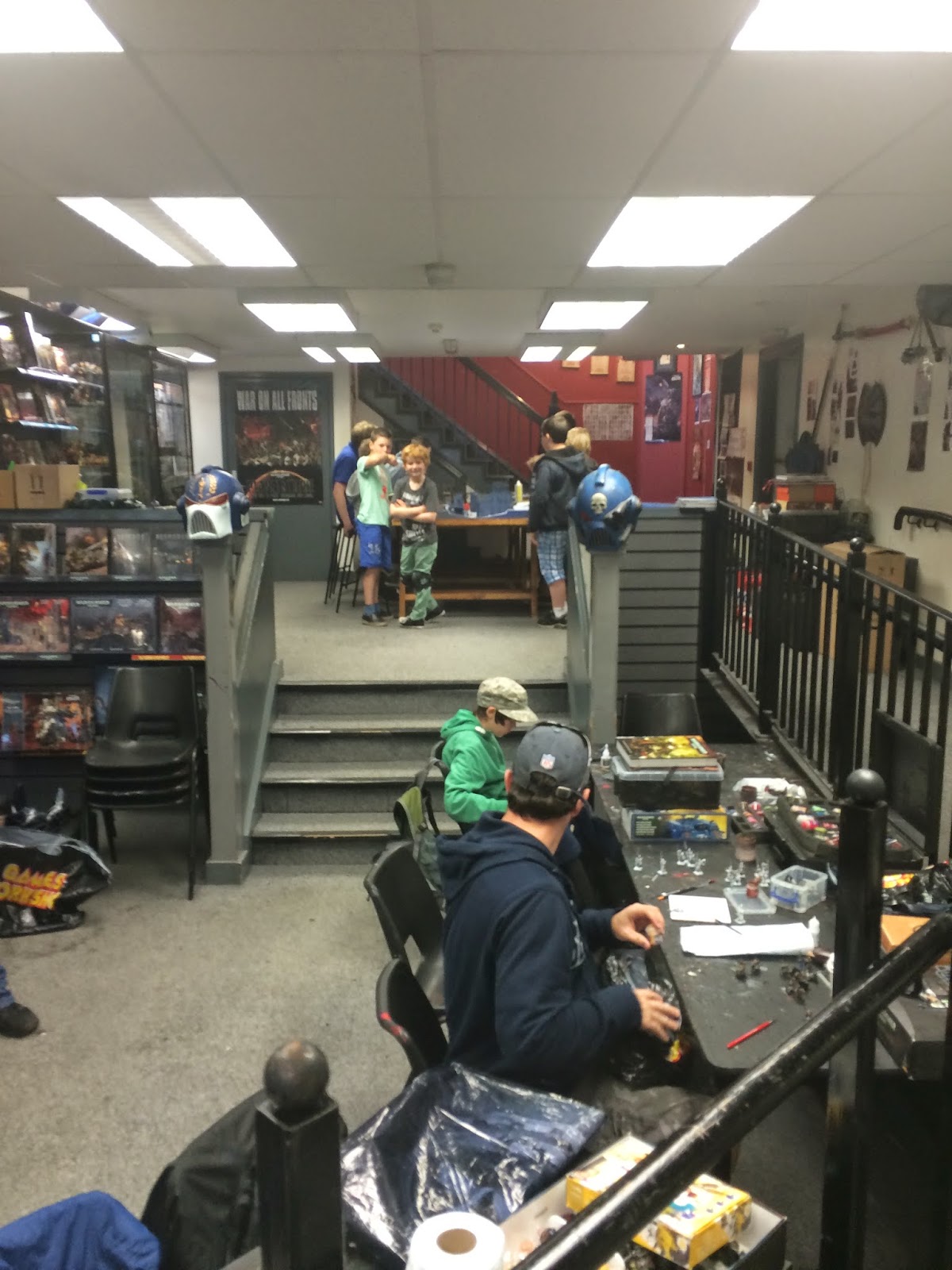 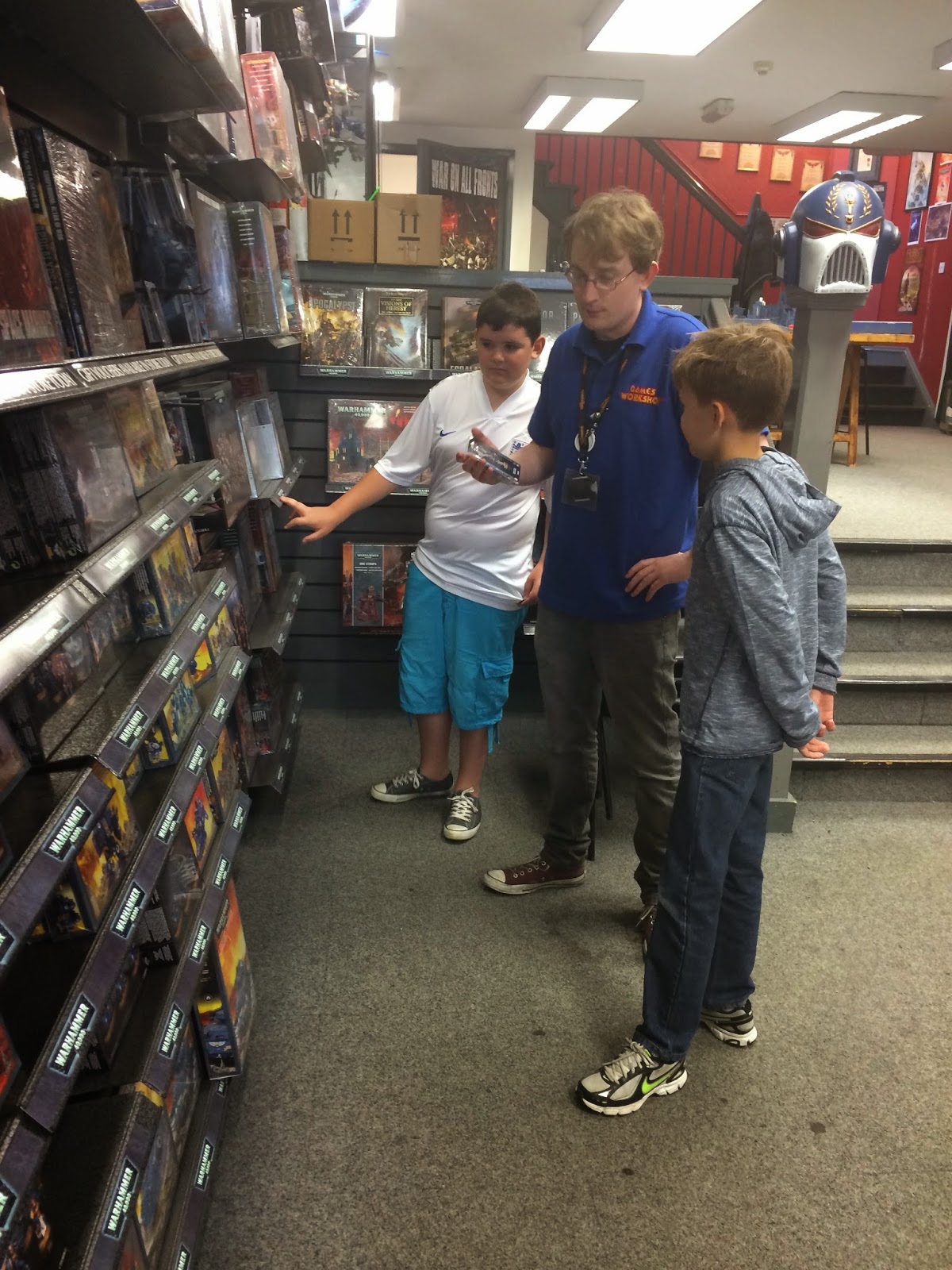 Liam has all the tools and paints, so as soon as we got home they got on with building and painting Lucas' new figurines. The boys were then busy for hours and hours!

Apparently you can get Warhammer supplies in the Middle East as well, but it's three times the price of the UK. So I guess Auntie Nikki will have to be our Warhammer supplier from now on, as long as we can find a group for Lucas to play games with.
Posted by MrsW at 01:53