That our weekends include a trip to Dubai for a bit of rugby fun is almost compulsory this time of the year. Although last weekend there was no game, and this weekend it was on the Saturday morning instead, which was why we got a two-day "almost vacation" out of it in Dubai!

The Harlequins played against the Arabian Knights, at Dubai Sports Central. First time for me watching them there. 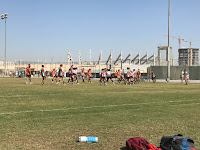 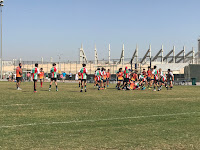 Harlequins put up a good fight and had a good game, but they still lost pretty bad. The Knights had a superstar player that scored all but one of their nine trys! 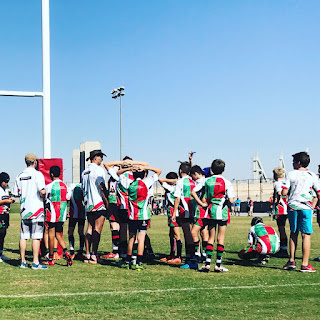 The funniest bit was after the game, when they all got caught in the automated sprinklers while having a pow-wow on the field! 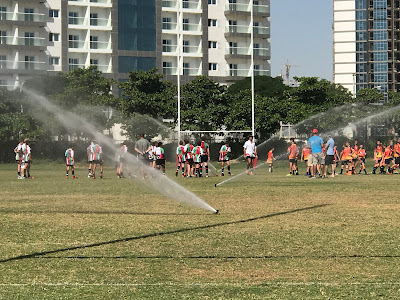 After the game we headed back to Meydan for a little bit of r&r by the pool, and some pizza for lunch. Aaahhh, so lovely to soak up the sun! The temperatures are just perfect right now! 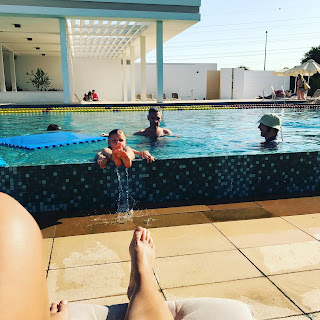 On the way home from Meydan Heights we stopped into Meydan South as well, for a quick cup of coffee at the Dehlis house. It seemed silly to be so close and not stop by, even though time was not really on our side. Good to see them. We unfortunately don't see enough of each other although they are "just up the road". Life kind of gets in the way..!