Lucas was invited to his friend Sam's birthday party this weekend. The main activity was going to be paintballing, something Lucas had never tried before. I tried to prepare him by saying that it's not quite as a Nerf war, it can hurt! So then I found him the days before the party watching some YouTube videos from different paintball games as preparation! Ha ha!

Anyway, both Sam's dad Stu and Nathan went along, and all the boys, big and small, had a great time. A few small bruises has developed from getting hit, but nothing major. They were all wearing overalls, chest plates, face masks and all the proper protection gear. 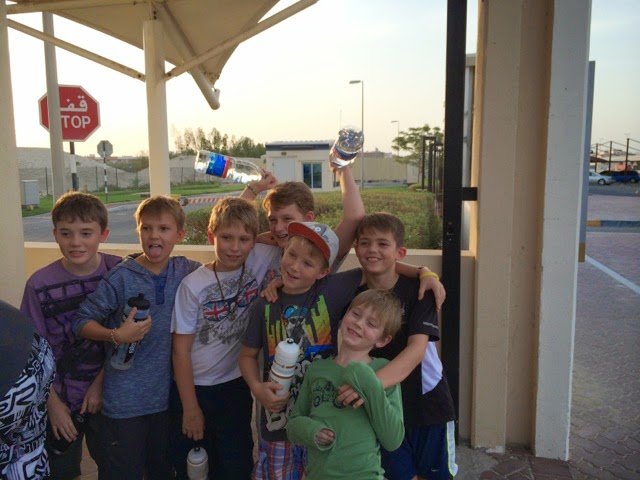 Guess what Lucas wants to do for his birthday...
Posted by MrsW at 15:46