This weekend it was time for, what I think is, the highlight of the school year - International Day. As per usual it was scheduled for a Saturday, so that parents would be off and able to take part.

This was our 13th International Day, setting up the Swedish stall is routine by now.
Once again we had been sponsored by IKEA - thank you so much - and served up gingerbread cookies, lingonberry drink and oatmeal thins. 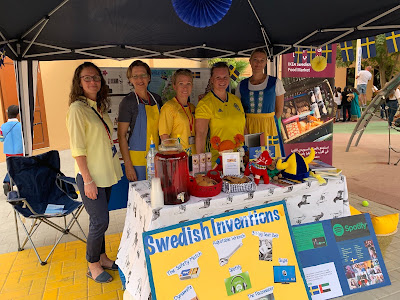 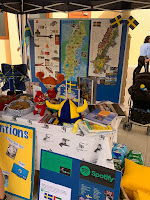 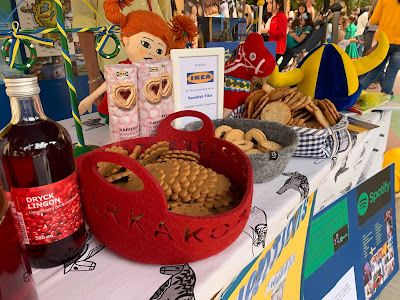 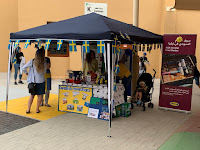 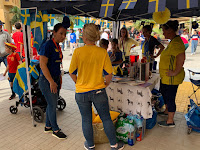 There are over 80 nationalities at our school, and this year 54 of them had decided to set up stalls.
I got the feeling some countries had really raised the bar this year, check out this for example - Italy had brought a big gondola! 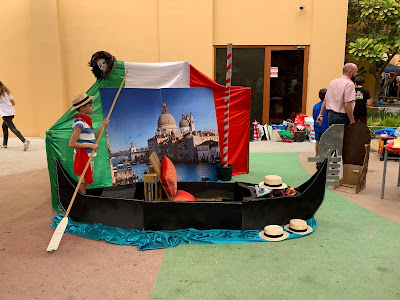 And at the UK stand, you could take photos in front of a green screen to make it look like you were in London! 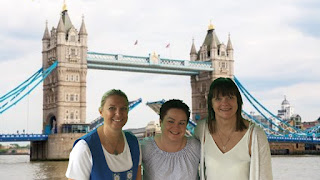 Germany had a "beer garden", without beer of course, but with bratwürst: 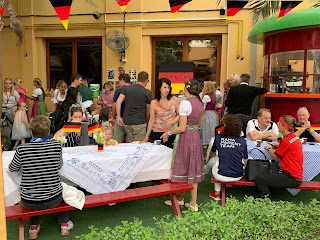 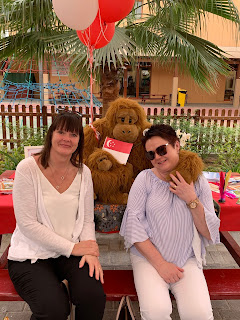 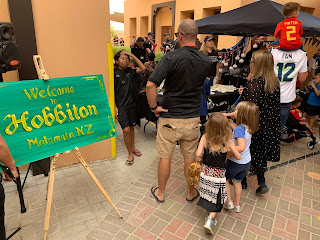 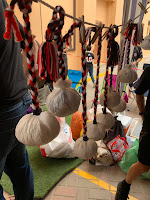 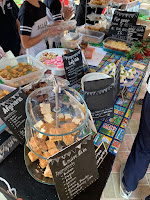 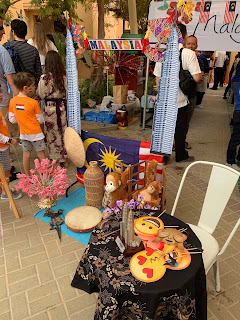 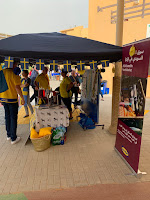 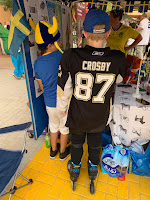 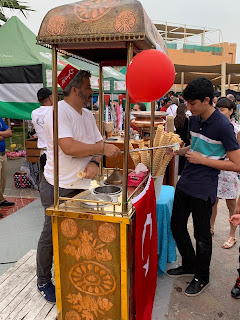 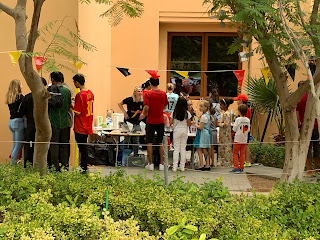 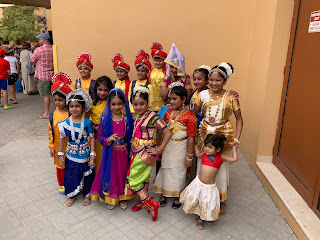 Linnea ended up on stage during the performances, singing the NZ national anthem. Or pretending to sing, she actually doesn't know it (it's in Maori) all that well. But good on her for trying! 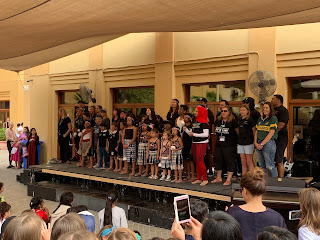 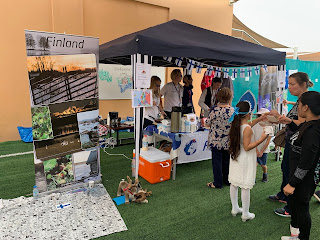 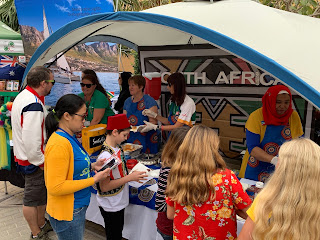 France had a whole little café set up: 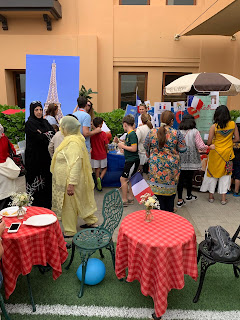 Canada had a hockey goalie in place: 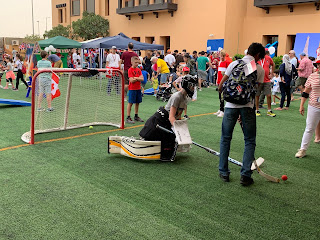 And look at this - a crochet tapestry display of the national flags of the Raha students this school year. A creation made in the spirit of the 'Year of Tolerance'. 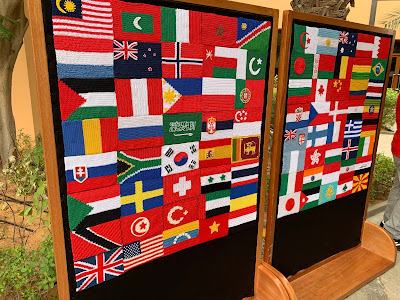 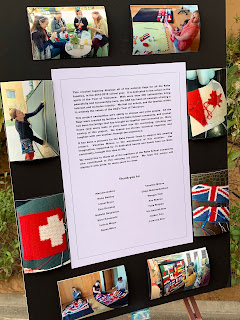