We spent this Friday morning on the sidelines at Zayed Sports City watching... nope, not rugby this time - but football! Linnea participated with her Raha Raptors U12 Girls Team, and she played the tournament as their goalie. 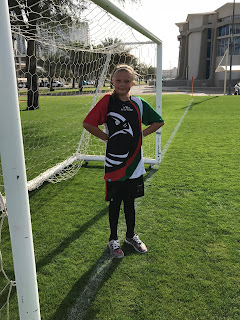 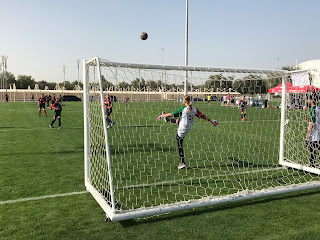 They played four games in the pool play, and unfortunately lost all of them. Linnea had some tears at one stage, it's hard being the goalie and feeling responsible when you let goals in - but, it didn't help that her team didn't score one single goal throughout the four games either... 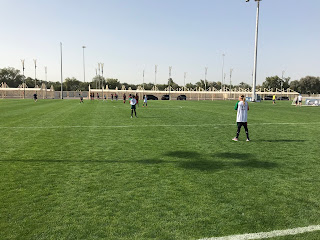 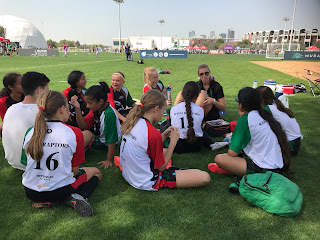 In their final game, when they played in what they themselves called "The Loosers final" (ha, ha!) - they had to first play extra time. Finally after 0-0 even there in the end it had to be decided by penalty shoot-outs. Such a shame, as Raha had actually totally dominated the play in that game, they just hadn't been able to finish off their attacks and actually score.
Linnea did two heroic saves in the shoot-outs, but unfortunately the other goalie managed to save three - so they lost that game too. A bit of a sour loss for sure after such a good game otherwise. 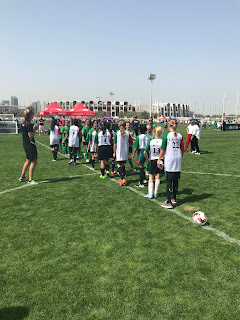 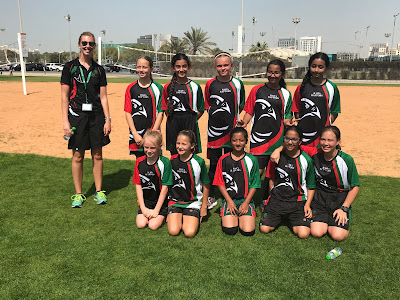 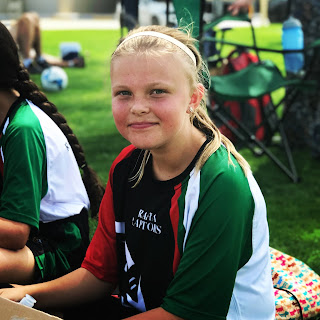 At the end of the day Linnea came home still proud of herself, having improved for each game and learned a lot of (hard) lessons on how to play under pressure in a big tournament. Good girl!
Posted by MrsW at 14:54