A blast from the past

While in Ras Al Khaimah I bumped in to an old friend of mine, literally! It was so weird, while at the breakfast buffet sitting at the table next to us, was Christina and her family - a friend from our old Horsham days! Lucas used to play with her son Marcus, who is one year older than him; and her son William is only 3 days younger than Linnea! 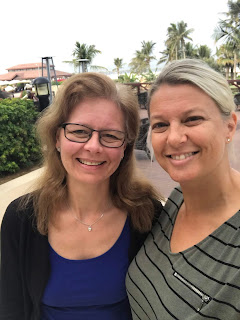 We had noticed earlier that there was a lot of Swedes at this particular hotel, and had found out that the charter company Tui uses it for their guests, although without any local representation. Christina was there on winter holiday together with her three siblings, their families, plus her mum.

How weird?!
I mean, had we come down half an hour later they would've already been finished; or if Christina had been sitting with the rest of her family they would have been outside while we were inside. Such a fun coincidence, it was really nice to catch up! 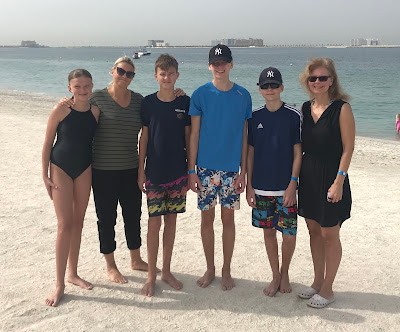 We last saw each other in 2007 when we left England for Brunei. The kids had all grown a bit since then... 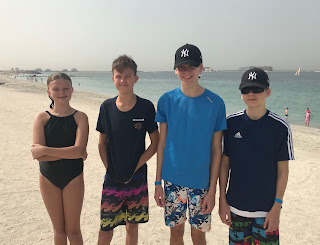